Inside 3 of NYC's hottest tech companies (and they're all hiring) | Built In NYC Skip to main content
Loading...

Inside 3 of NYC's hottest tech companies (and they're all hiring)

A company's office shouldn't necessarily be the first thing you look at when deciding on a new job. That said, you'll end up spending a lot of time in whatever office you end up in, and after a while it could either start to feel like a prison or like a palatial second home.

We scoured the city and found three fast-growing New York tech companies that have offices we wouldn't mind calling our second home. They were even nice enough to let us take some photos. Check it out: 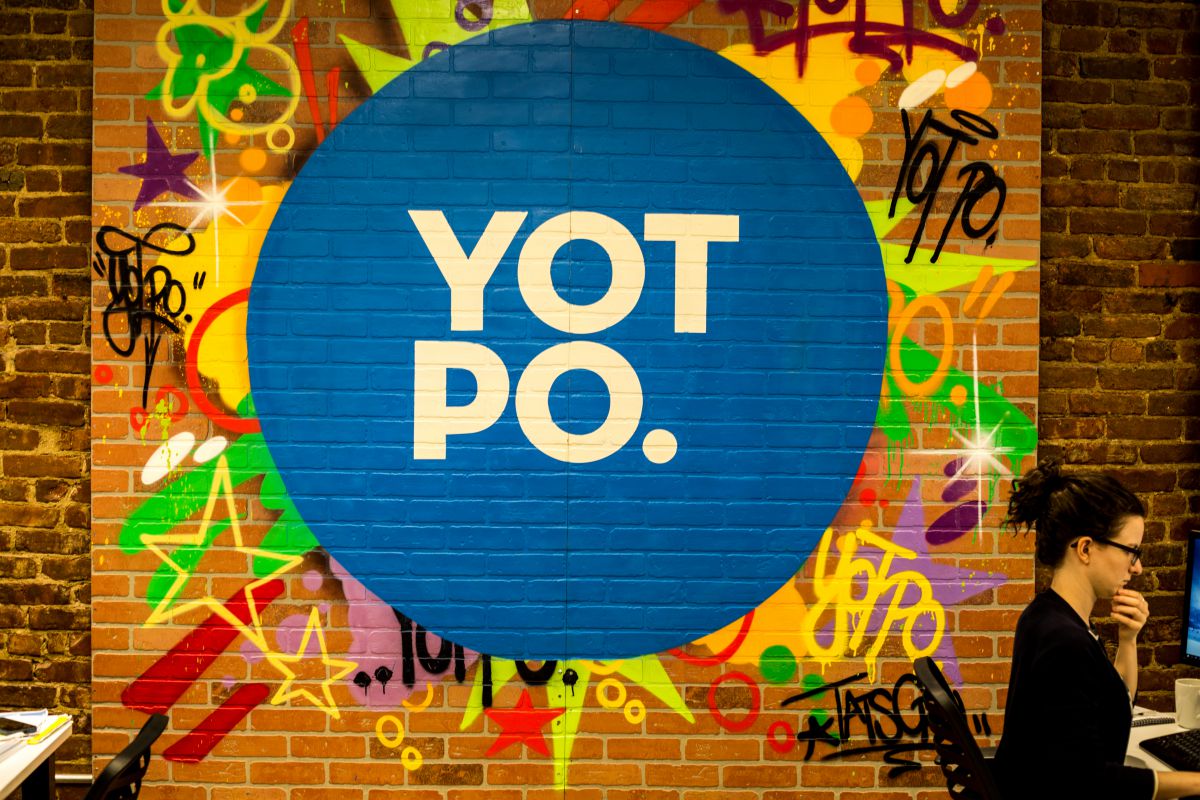 I've never been to an office with a two-story, koi-filled fountain before. Very fancy! How long have you been in this space?

We moved here right after Labor Day and are still breaking in the new office. How many celebrations is too many? 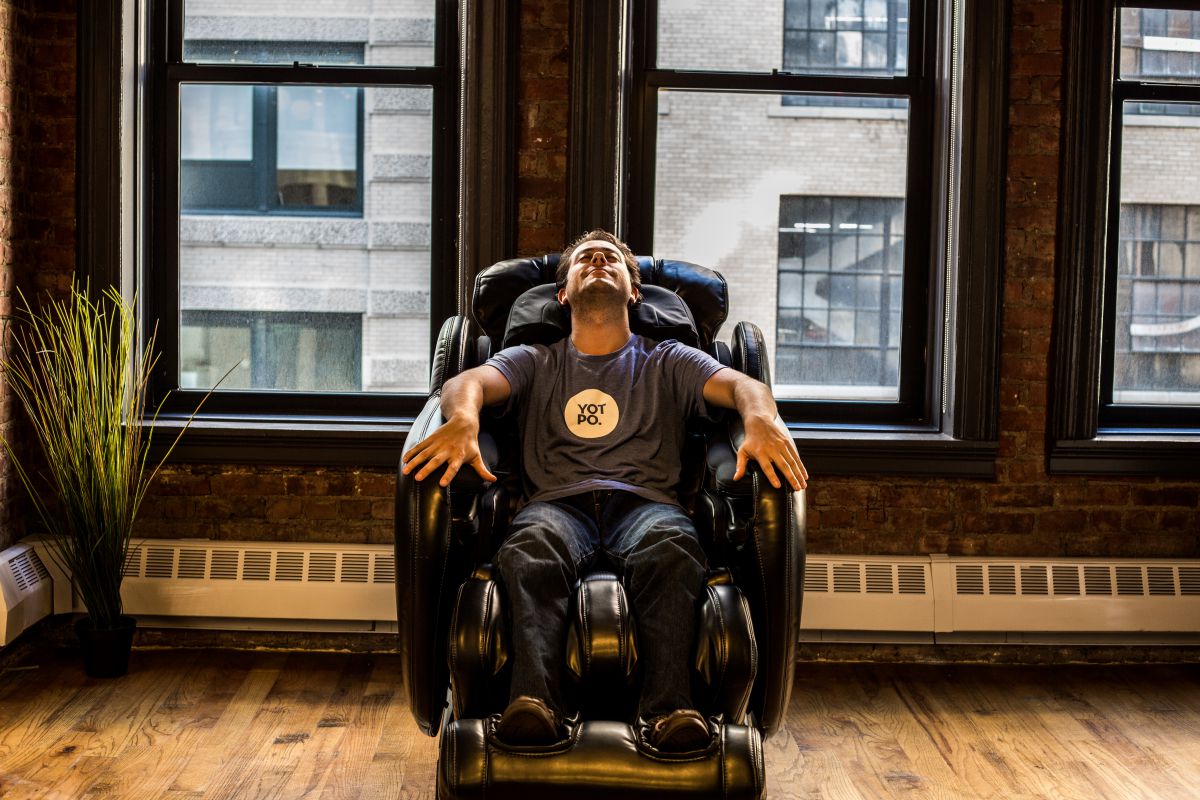 How many people do you have working in here? It seems like you have a lot of room to grow.

We have 65 people in our New York office, with another 100 Yotpo-ians in Israel. Many more to come! 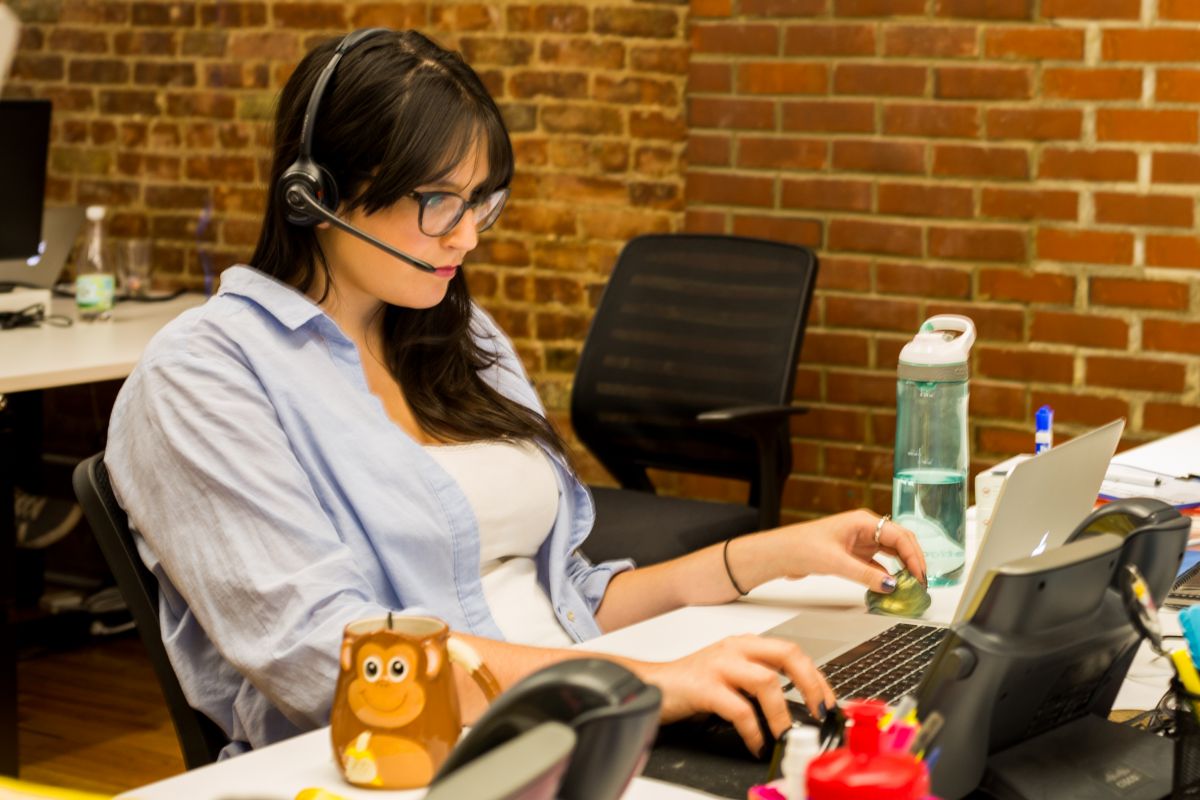 I know you've only just moved in, but what's your favorite thing about the new space so far?

I'm tempted to say it is our kitchen space. It's filled to the brim with food and drink, and also conveniently connected to our new lounge area, but that's too easy.

My favorite spot in the office is definitely our hidden back room — Yotpo's very own secret room! 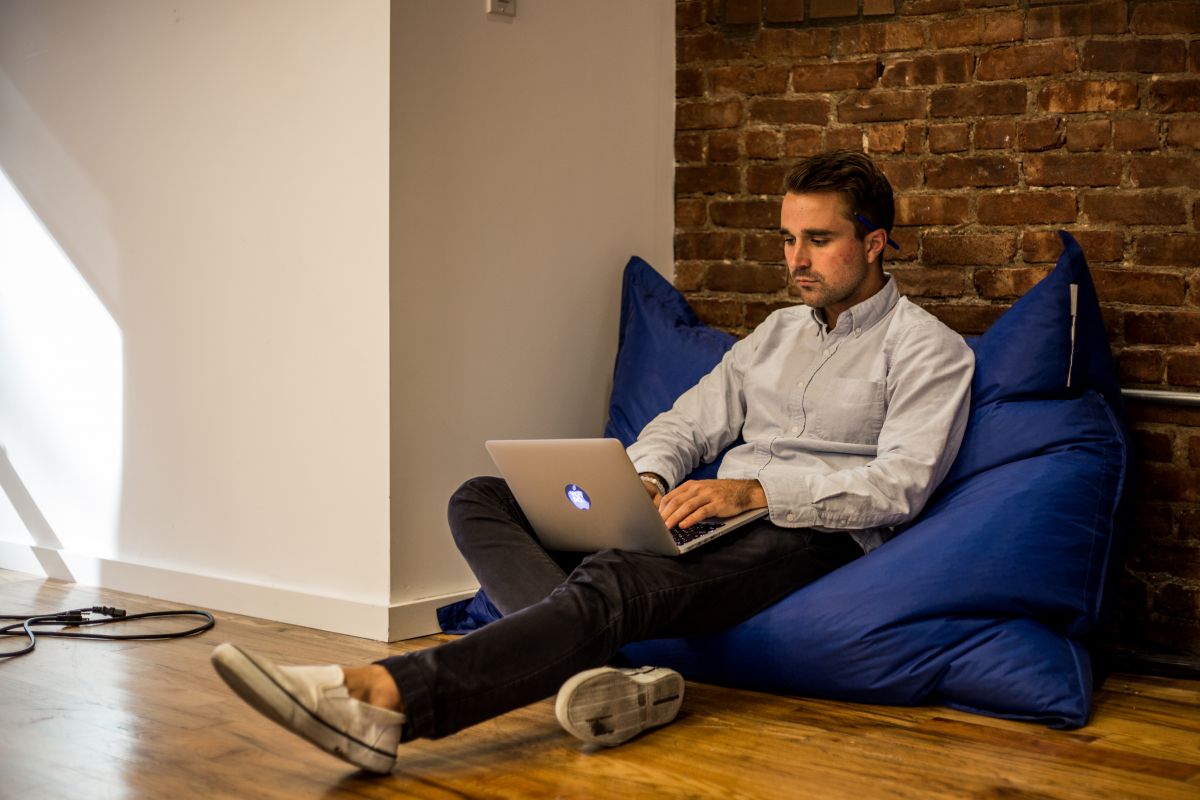 Is there anything that you wished the space had but doesn't?

I wish we had an office dog ... maybe one day. All NYC buildings are required to be dog-friendly, right? 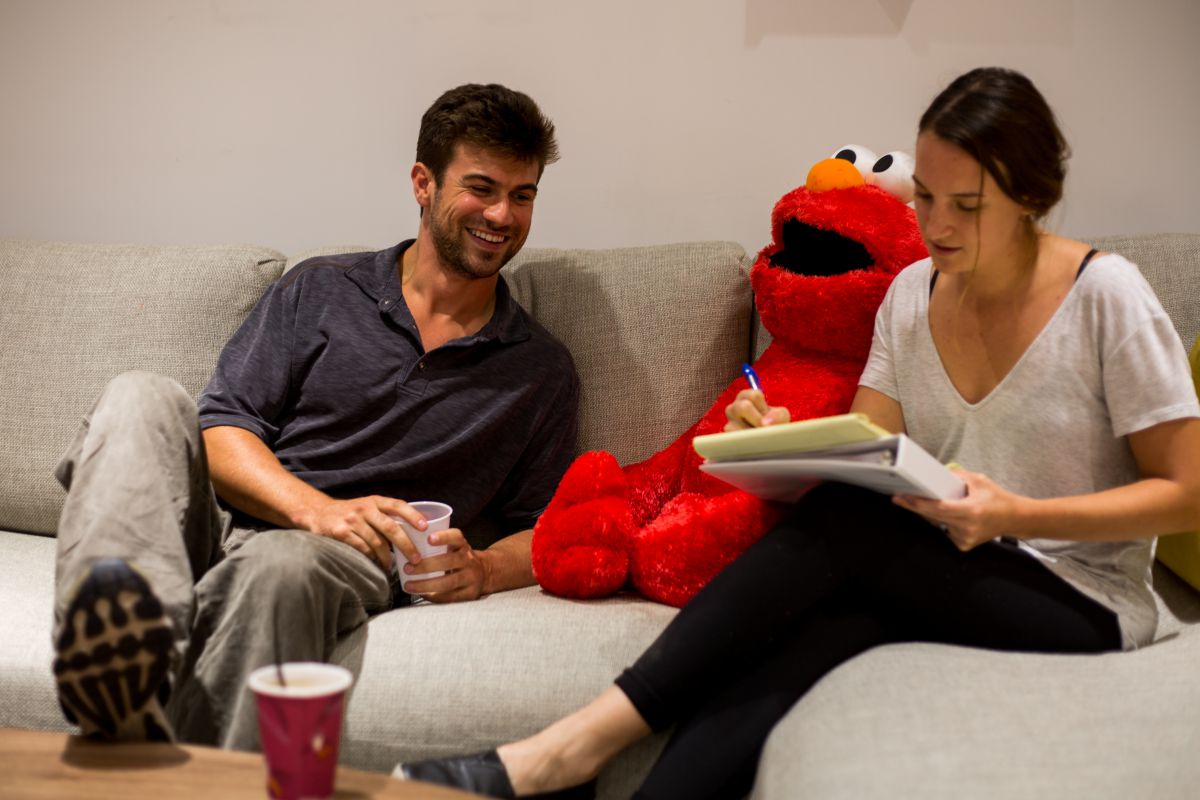 I guess until then, you'll have to make do with Elmo. 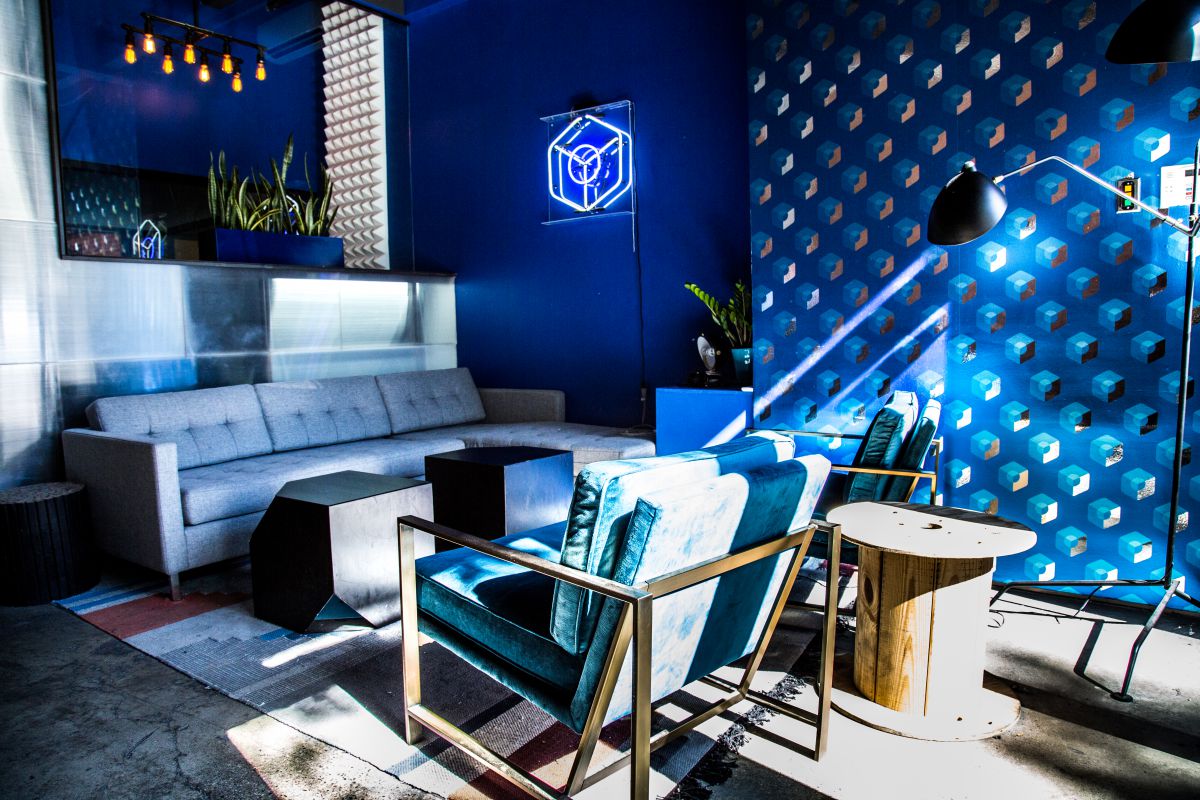 So, I understand that you are the biggest tech company on the Lower East Side — how long have you been here?

We have been in this space since April of 2015. 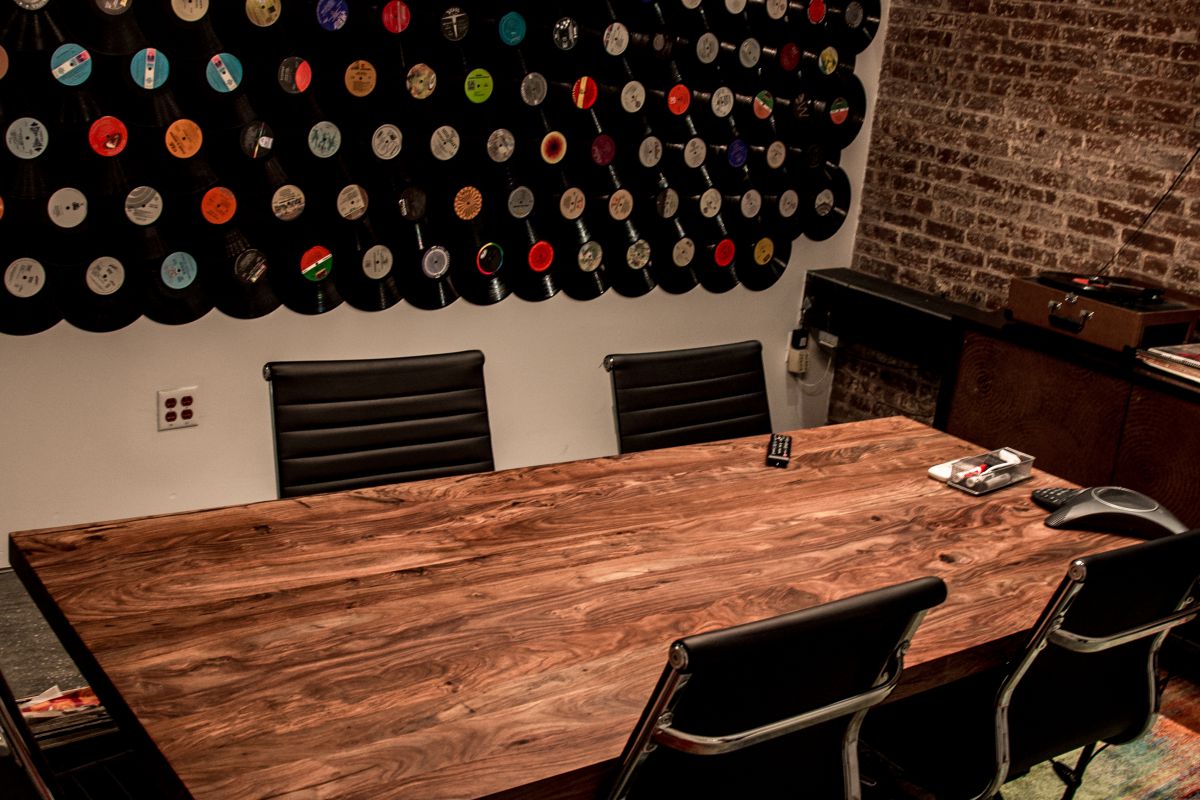 This is an awesome conference room. What's up with the name?

The conference room is called 'Paul's Boutique' because we named all the conferences rooms in our office after either streets on the LES, or LES landmarks. Paul's Boutique was the name of the Beastie Boys' second album, and is now a sandwich shop called Wolfnights, which is located a couple blocks from the office. 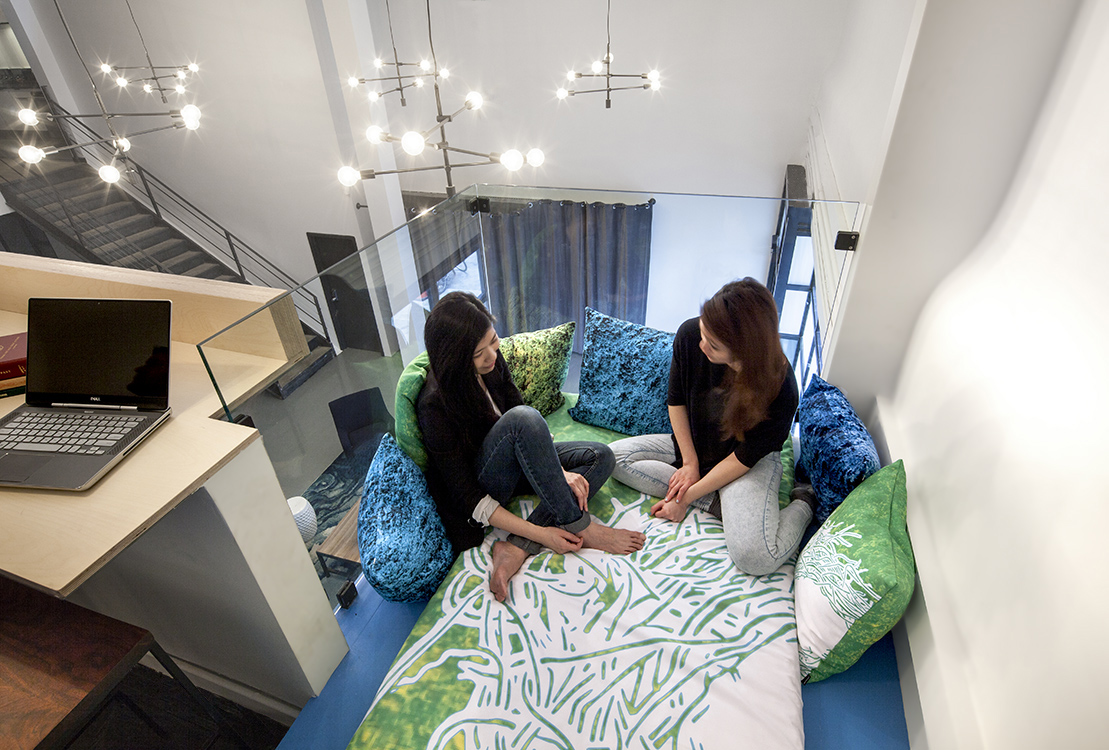 What's your favorite thing about the office?

I would say the best part of the space is just being located in the heart of the LES. I feel like it is a huge part of our company's gritty personality, and there are definitely no other 100 person companies around the area. I love the history of the space, with it having been a speakeasy during prohibition. I definitely think our designers did a great job of capturing that rustic theme. 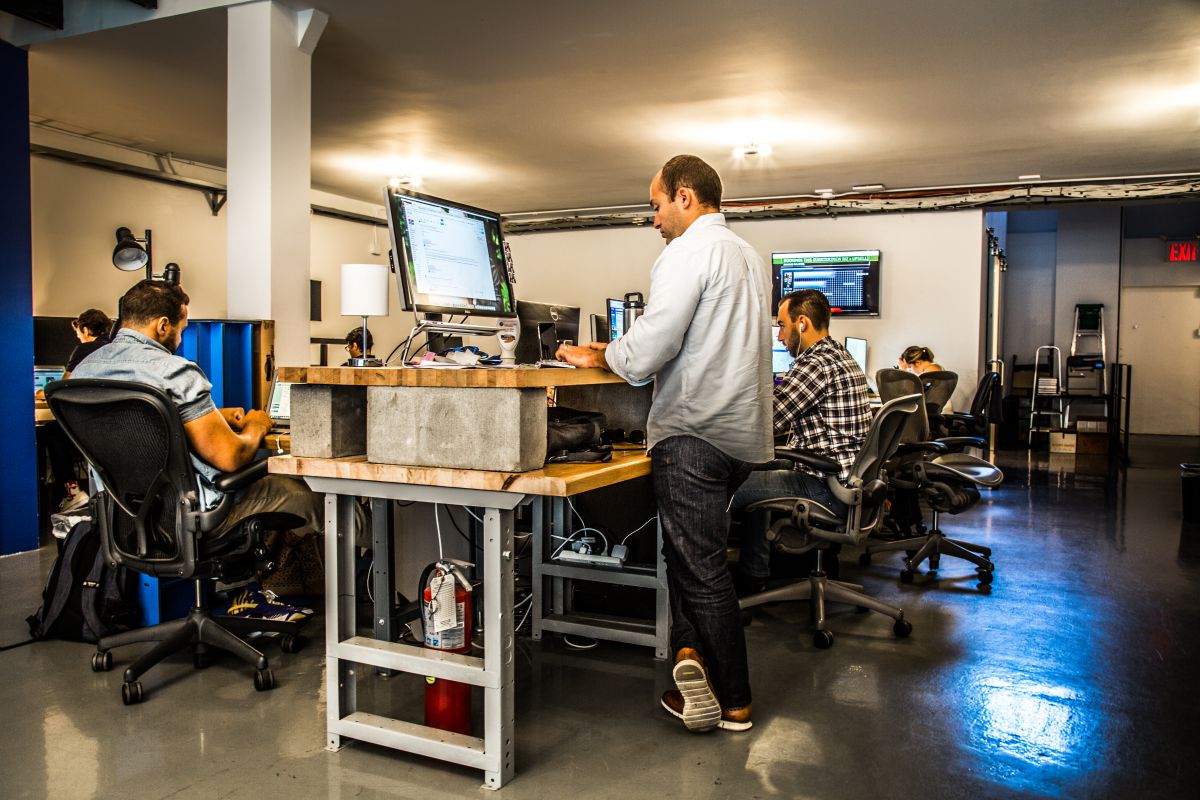 A speakeasy! How LES is that? Is there anything you wish the space had?

I wish we had a rooftop lounge and our own House DJ, but that will just have to wait until our next office. 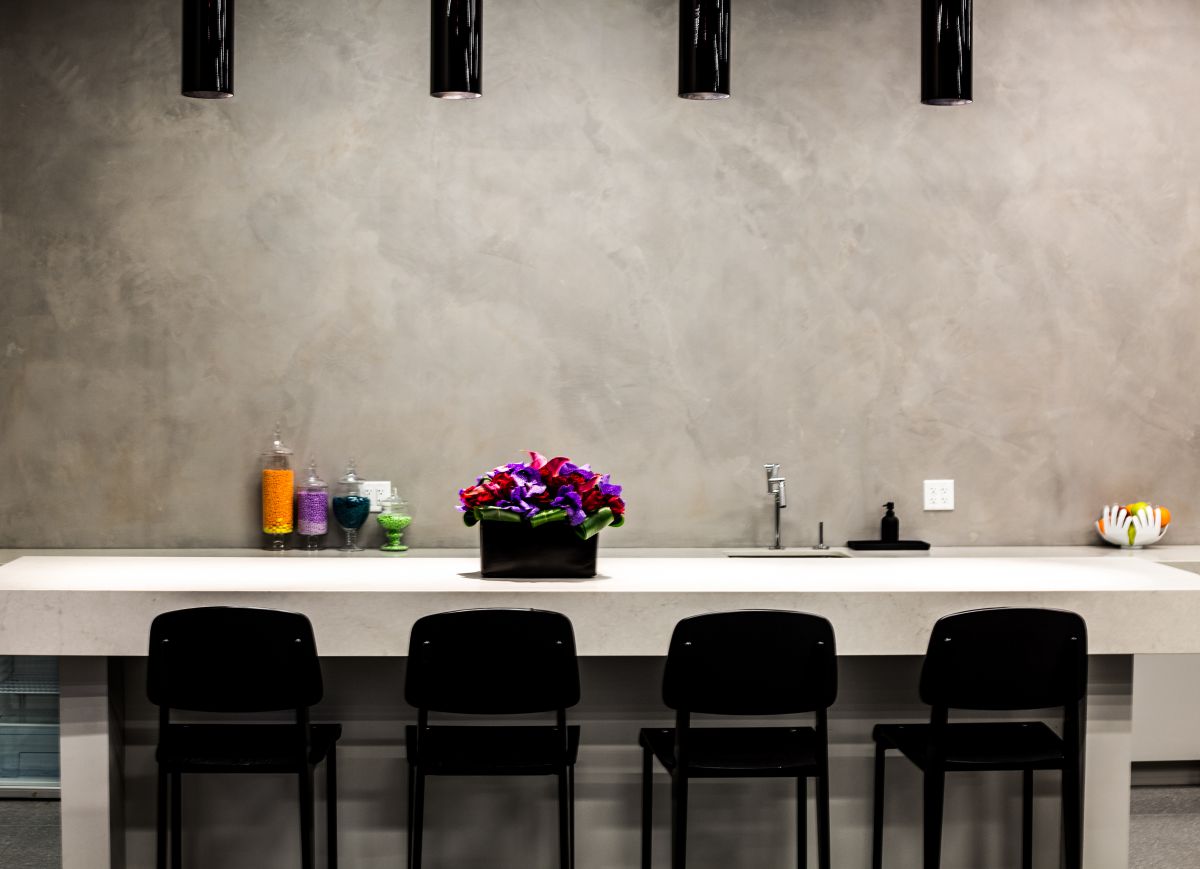 You guys are right on top of Bryant Park! How long have you in the space? 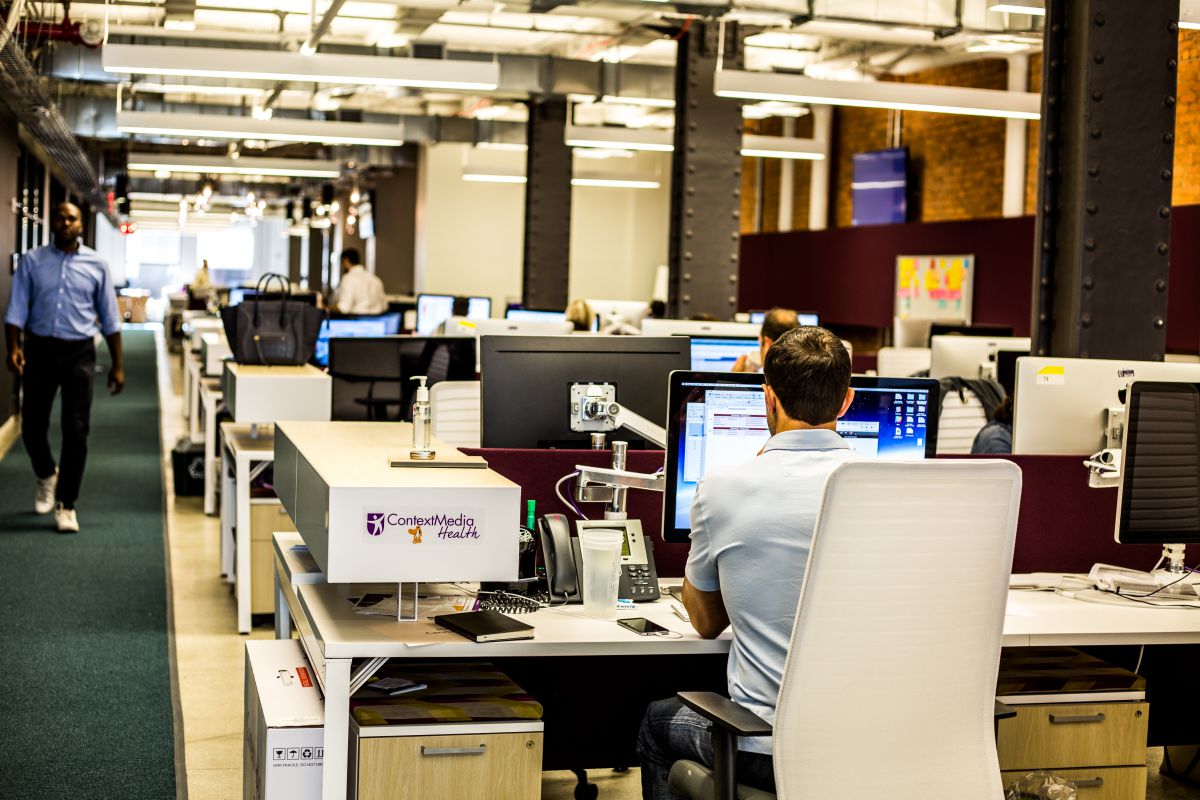 So it's still pretty new. How many people work here?

We currently have 85, but we anticipate having at least 100 employees by the end of the year. 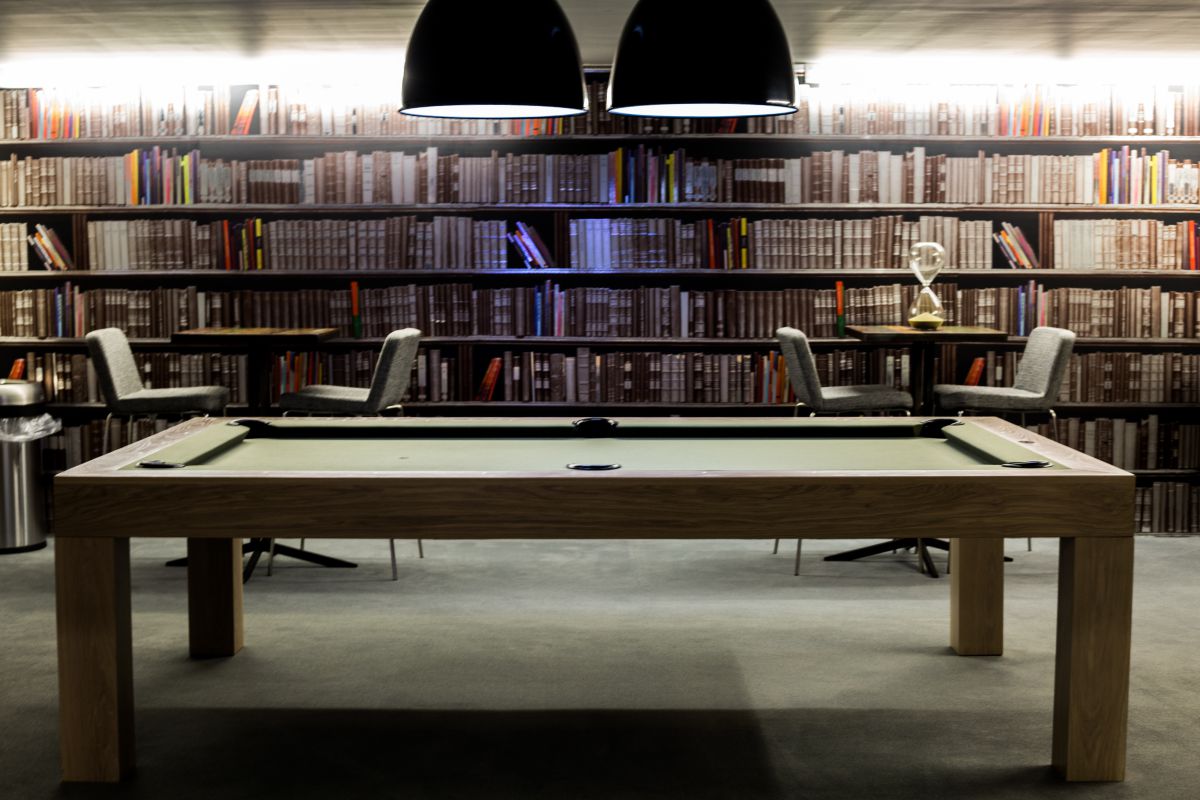 What's your favorite part of the office?

There is plenty of open space for meetings and collaboration. The central location near Bryant Park is also fantastic! 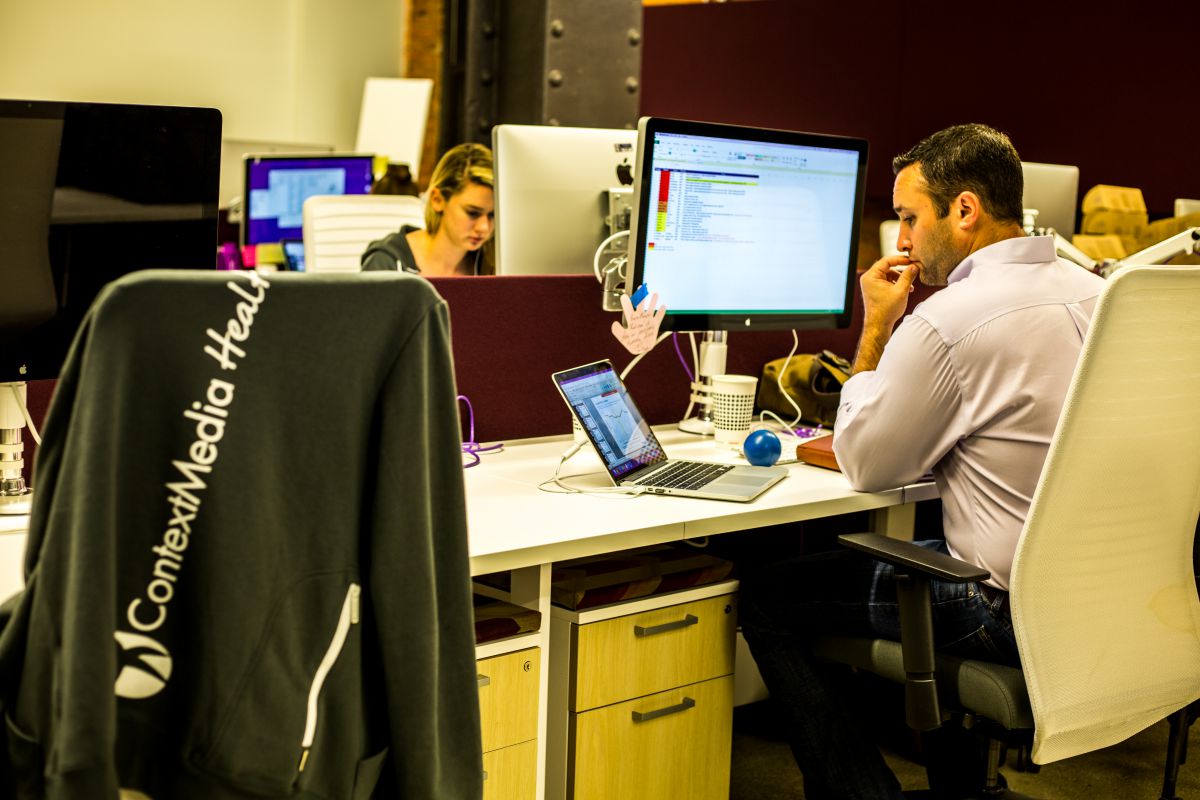 Is there anything the office is missing?

A frozen yogurt machine would be an excellent complement to the cold brew we have. The Chicago office already has one!