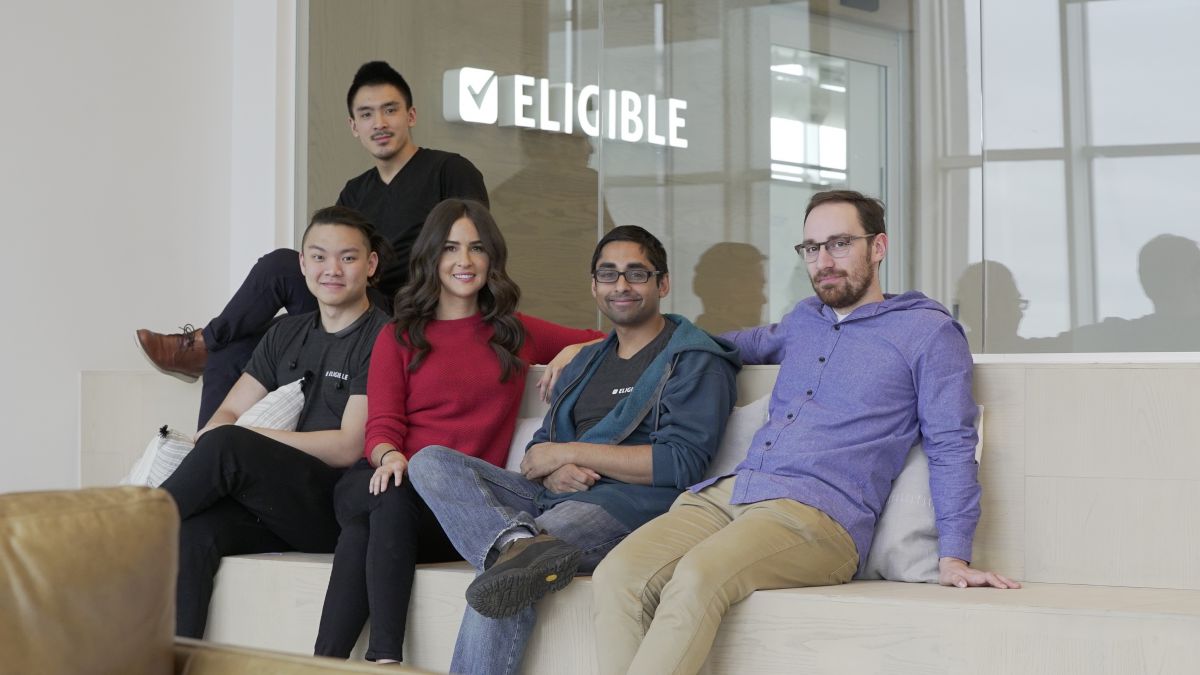 Mountain View-based Y Combinator has been a mainstay among startup incubators for over a decade, spawning tech giants like of Airbnb, DropBox and Reddit.

While the majority of YC graduates remain in the Bay Area, a few migrate away from tech’s occidental promised land. Among this group is entrepreneur Katelyn Gleason, the CEO and founder of Eligible, a company that makes healthcare eligibility data more accessible.

Gleason is a seasoned Y Combinator veteran, as she’s actually been through the accelerator twice, with two different companies.

We caught up with Gleason to find out more about her Y Combinator experience and what it takes to get into the prestigious startup bootcamp.

Can you tell us about your first experience going through Y Combinator?

I started Eligible after getting into Y Combinator with a previous company called drchrono. I went to school for acting and moved to New York City when I was 23. By the time I was 26, I had given up on acting, I found this startup company called drchrono and it lit a fire under me. I learned that you could build a product, bring it to market and be your own boss — that was really inspiring.

What were your takeaways going into YC the first time around?

My first time around there was one out of two or three women in the cohort. And I was definitely the only girl who didn’t go to Stanford, Harvard, MIT, etc. and that was really hard. Everyone around me looked and talked the same. I wanted to be a part of that world so badly, but I didn’t feel like I was, so I felt like I had to hustle and get to a place where I could prove worth.

Where did the decision to create Eligible come from originally?

When I eventually decided I wanted to do Y Combinator myself, I left drchrono and I didn’t reach out to YC right away because I had intuition around exactly what I needed to do in order to get into YC. I essentially set up shop down the block from them and I lived in a tiny apartment — basically a hallway. I lived there for nine months by myself and I felt like I had to build something before I could get in there.

Paul Graham had taken notice of me when I was at the previous company because I could sell, but I really felt like I had to build something. So I spent nine months doing that on personal debt and was determined. Luckily, I was able to pay my debt off through our company’s first investment.

What do you think helped you get into YC the second time around?

I had a proof of concept. I had a first customer. So I had checked every box that I felt I needed to check. And then from there things started to take shape in a different way. I was able to raise $1.6 million and I built the company off that for three years. I then brought it to profitability, and once we were profitable, I raised $25 million.

Did you build Eligible’s first product?

For the proof of concept, I found two engineers who did a lot of the heavy duty lifting infrastructure-wise and also put the product in an iOS app. And I worked on the front-end iOS. It wasn’t very good, but it worked. And I’ll never have to do that again, but it was a great learning experience because even today, we’re processing over 10 million patients per month. It’s that level of scale we’ve gotten to and I still, to this day, know every aspect of how that technology works. So I work very closely with our CTO and VP of Tech Operations because when I sit down with people like our investors I need to be able to understand the discussion around our technology. We’re an infrastructure company and we’ve become very technical. I actually like it.

How do you think going through an accelerator ultimately helped Eligible?

For me specifically it worked out so well because I’m the type of person who learns from stories. I have a difficult time understanding advice, so if someone gives me direct advice I don’t apply it as well as I do when someone tells me a story and I extract the information I need out from that story. I found YC so useful because of that. You’re kind of off on your own and then on Tuesday nights you hear stories from people like the founder of Instagram, Mark Zuckerberg or the Airbnb founders. And these are the level of people who come in and you just sit down and they tell you their stories. For me, that is the best kind of class I can attend.

In addition to that, the network is great. I have no branding whatsoever — I was a girl from Long Island who went to school for acting and there’s no way I would have been able to raise capital without Y Combinator. I tried. During that nine-month period I was building the first product, I tried to raise capital because I thought it would get me into YC, and they basically laughed at me.

Why did you relocate the company from Silicon Valley to New York?

A huge percentage of our volume happens in the East Coast time zone and it happens between 7 a.m. to 3 p.m. And we have a deep data science and engineering team and they have a tendency to come in around 10 a.m. to 12 p.m. and then work really late. And that didn’t work for the type of business that we are on the West Coast. It was an operational decision once we started hiring and growing.

We are entirely focused on an integrated eligibility approach that gets healthcare transparency — the transparency to know your insurance is active, you’re going to have a deductible and how much that deductible is. We want providers to tell you that when you’re scheduling your X-ray and then have your provider tell you that when you’re checking into the facility. We’re seeing that really take off now. Not only do patients benefit from this transparency, but so do the providers because they end up collecting more money.

Some responses have been edited for length and clarity.