Conflict in the workplace (or outside of it) often receives a bad reputation, but it doesn’t always have to be negative. In fact, positive or healthy conflict is linked to a variety of benefits for individuals, teams and companies. According to Entrepreneur, healthy conflict helps people to gain new perspectives, teaches flexibility and listening skills, and practices communication and emotional control.

In order to realize the benefits of healthy conflict, company leaders must foster an environment where their team feels comfortable enough to participate in it. For example, team debates provide opportunities for employees to voice their opinions, spark new ideas and boost creative energy. Friendly competitions drive innovation and encourage fast thinking.

“As a leader, leaving room for disagreement lets you treat conflict as a fact-finding mission,” Matt Krukowski, VP of engineering at SevenFifty, told Built In.

Krukowski explains how incorporating the idea of healthy disagreement throughout company culture eliminates the potential for problematic conflict and in fact increases his team’s productivity. 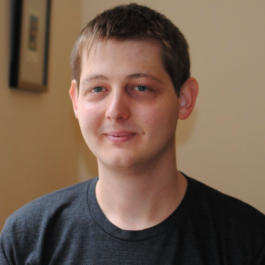 What does healthy conflict look like on your team?

On SevenFifty’s engineering team, the line between deep collaboration and healthy conflict is routinely blurred. For example, at a recent sprint planning meeting, the team’s collaborative process for estimating timelines for some upcoming development turned into a debate between two clear camps. The product team was hoping for a quick turnaround time on a new feature, but the engineers pushed back that it would take several times longer than they were expecting.

After a few unsuccessful attempts to narrow the scope down to fit within the time box, we took a step back. The engineers explained that even a small piece of this functionality would require a major redesign of the underlying data model because it hadn’t been previously built with this path in mind.

Once that was clear, the team quickly came to an agreement on how to spend the time improving the data foundations. More importantly, they saw an opportunity to collaborate more thoroughly. The engineers learned they needed to share their understanding of the technical concepts with the product team, and the product side realized they should be pulling the engineers in earlier so they could share high-level feedback right away.

We avoid problematic conflict by incorporating the idea of healthy disagreement throughout our culture.”

How has your team, company culture and/or product benefited from healthy conflict?

The root cause of almost all conflicts on a team is a different understanding of the situation stemming from different perspectives. The key to making conflict both healthy and valuable is to always see disagreement as an opportunity to learn and create a shared understanding.

If I’m disagreeing with someone on how a feature should be built, neither of us is right or wrong — we're both only seeing pieces of the puzzle. Maybe I’m focusing on the strategic value behind how one implementation can be reused for a future project that’s on the roadmap, but I realize I haven’t shared that vision clearly with the team. My teammate could be concerned by the maintenance burdens hidden in the proposed solution because of similar challenges that arose from another project that I wasn’t tuned in to. It becomes obvious that we each have something we can teach each other.

A top-down culture could have avoided this conflict entirely, but I don’t see that as a good thing. As a leader, leaving room for disagreement lets you treat conflict as a fact-finding mission. We can become more attuned to what matters to our teammates and we can learn when we’re not sharing the whole picture clearly.

At SevenFifty, we take our core values pretty seriously, which helps build a culture where everyone engages with each other in good faith. Two of our values, in particular, shape the way we handle conflict. “Respect the Craft” is about appreciating and understanding the expertise that others bring, and how there’s often more care and effort going into the end result you see than what meets the eye. With “Light the Way,” we emphasize leading through teaching and creating a shared understanding.

It might seem counterintuitive, but we avoid problematic conflict by incorporating the idea of healthy disagreement throughout our culture. Many of our decisions (both among leadership and within smaller teams) start off with a proposal where someone writes out their understanding of the goal, the situation and their suggested plan, and sends it out to others to critique or discuss.

On our engineering team, we’ve blended this concept with our code review practice. Through Github pull requests, we’re all versed in providing detailed feedback to each other just about every day. We’ve recently adopted the same workflow for concepts outside of the code like system architecture or our hiring plan.

Get Alerted for Jobs from SevenFifty
Responses have been edited for length and clarity. Image was provided by the featured company.