What Happens When a Company Truly Invests in Employee Resource Groups?

Since the killing of George Floyd and the long-overdue racial reckoning that followed, companies have been refocusing their efforts around diversity, equity and inclusion initiatives to help attract and retain diverse talent and foster a more inclusive environment.

But without contributing meaningful resources and support from leadership, how effective can these efforts really be?

It’s a question the leaders at Justworks have been examining for a while. The benefits and HR technology company has been growing its diversity, equity and inclusion programs over the last few years, expanding its work through company partnerships, programming and, notably, its robust employee resource program. As Arlene Contreras, a lead for the company’s employee resource group, OUTworks, pointed out, employee resource groups (ERGs) are a cornerstone in forming an inclusive, tight-knit company culture at Justworks.

Similar to many resource groups you’d find at other companies, Justworks’ ERGs serve as important outlets for employees to connect, find belonging and talk about issues in a safe environment. But the work they do spans well beyond that, affecting the broader community, helping attract and retain diverse talent, and even holding sway over business decisions.

And that kind of sway can’t happen in a vacuum.

Running these groups effectively is a lot of work, according to Diversity, Equity and Inclusion (DEI) Program Manager Lakuan Smith, who also oversees the ERG program. To function well, it’s imperative the employees who lead these groups are allotted the resources they need to deliver on their mission.

“The commitment level is high,” Smith said. “ERG leads need support, not only from the DEI team but also from their managers and departments to encourage people to join these initiatives and support these employees who need it, at any given time. You need buy-in from senior leadership.”

In recognizing that the work ERGs do is important — and that it is, indeed work — Justworks has invested real resources into these groups. To learn more about what support the company has provided and how it’s increased its ERGs’ impact, Built In NYC sat down with Smith, Contreras, and Director of Diversity, Equity and Inclusion Michael Baptiste.

Can you tell us a bit about ERGs at Justworks? How do they contribute to company culture?

Diversity, Equity and Inclusion Program Manager Lakuan Smith: We currently have seven ERGs. That’s a lot, but we welcome the opportunity to have more. Some of these ERGs serve as our eyes and ears and are essentially there to help us remove any blind spots we have. We don’t know everything that’s going on, and even within certain communities, there are different perspectives. So ERGs help us eliminate issues we may have overlooked, and serve as an ear to the ground. 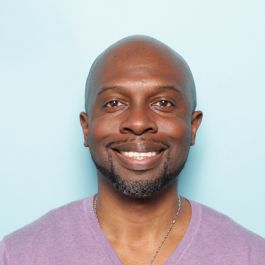 Director of Diversity, Equity and Inclusion Michael Baptiste: ERGs have been the heartbeat of the organization, and a lot of culture stems from what ERG programs provide and do at Justworks. We want everyone to come to Justworks and feel like there’s a place where they can have common ground with others in their community. And seven is a lot, but that’s even just a small set of all of the identities and communities we have in our company.

We’ve tried to support the intersectionality between the groups. I self-identify as Black, but I’m also very close to the Family Matters ERG because I’m a parent. There are a lot of identities that I associate with, and if I don’t associate with them, I am invested in learning about them.

A LOOK INTO JUSTWORKS’ ERGS, PT. I

How can ERGs not only provide a sense of community but help with career goals?

Baptiste: Being an ERG lead, in some cases, is an area where people can stretch themselves the most. In your primary role, you may not lead a team or have the influence that you may want or feel you deserve. But when you’re leading a resource group, you might be leading 40 or 50 people and be that person the group goes to for advice or support. And that’s a skill set you can take with you in your work at Justworks or elsewhere. There are leadership, programming, network and support components you manage. It gives you a lot of skills that you may not get to flex in your primary role. 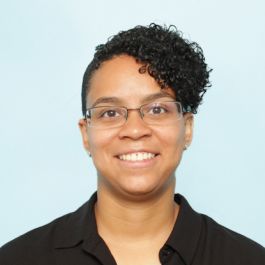 Market Response Analyst & OUTworks ERG Co-Lead Arlene Contreras: ERGs allow for opportunities to grow skills a lot of folks might not see value in. Take empathy, for example. If you’re not a people manager, the skills you learn in ERGs can allow you to grow into that role. That’s a huge part of professional development that is overlooked, which is the ability to have empathy and connect with people that are different from you in a way that’s helpful and respectful. I think being an ERG lead helps professionally and personally. It has you looking at life through the perspectives of those who are different.

Smith: I think ERGs also provide more perspective on ways to communicate. We challenge our ERGs to speak their mind and be true to themselves, but also communicate in a way that doesn’t ostracize others, and leave room for people who disagree to voice their opinions and feel heard. So in addition to other soft skills, ERGs also help in building ways to communicate and support different communities.

How have Justworks’ ERGs evolved over the years? How has the company’s support helped this growth?

Contreras: I joined Justworks when a lot of ERGs were being formed. Justworks told us to go ahead and create Slack channels, reach out to people and make things happen. As leadership saw our ERGs growing, they recognized we needed support, so they gave us a budget. We really took that to mean if there’s a need we see, we can fill it and we’ll be supported.

In the early days, our ERGs were informal and were basically just meetings. Now, they’re a lot more structured. We’ve definitely progressed to having a lot of members, events and leads who are big touchpoints for employees who need advice and support.

Baptiste: Each ERG also now has an executive sponsor who is part of our leadership team. It makes that connection and partnership a little more cohesive, and guarantees there’s an additional voice at the table that can advise on ideas and concerns. It’s a benefit that wasn’t there early on, but we’ve made part of the process.

And Some Justworks Initiatives, to boot

Justworks actually compensates its ERG leaders. What was behind that decision?

Baptiste: One of the common themes I kept hearing was our ERG leads wanted to feel recognized and appreciated for their roles. This pay effort had been in the works for a while, but there wasn’t really a playbook around it — not many companies were doing it. But we wanted to show our appreciation for our leads and recognize what they do because it is a second job.

Talking about compensating our leads was probably one of the easiest conversations I’ve had with our CEO. For him, it was a no-brainer. He said, “Yeah, let’s do it. Why haven’t we done this before?” 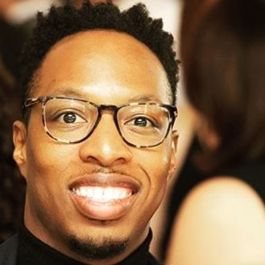 Contreras: From an ERG leader perspective, the biggest argument that was made for compensation was that this is a lot of emotional labor that we undertake. But if there aren’t ERGs, the culture of the company diminishes. These groups keep the business what it is.

As our ERGs got more structured, we were getting OKRs and were expected to perform and get folks to attend meetings and panel discussions. That was when we realized you can’t have these groups be super structured without compensating us. And in this remote environment, employees realized that we have a voice and will say what we feel and express our needs.

Fortunately, we have a leadership team that listens to us very intently. It’s helped us grow a lot and get us to where we are now.

HOW ARE ERG LEADS COMPENSATED?

ERG leads at Justworks receive cash compensation, along with stock options, a stipend for conferences and the optional benefit of receiving professional mentorship. These benefits aren’t set in stone: Justworks says it’s committed to reviewing the package to ensure it’s fair and meets the needs of ERG leads.

What’s important for every leader to recognize about ERGs and those who lead them?

Contreras: Leadership should understand that these ERG lead positions are emotional labor and it is hard. Respecting that these roles take a toll is important because these groups and leaders are valued.

Doing this work is not always easy, but it is always worth it. You might get it wrong along the way. That’s OK. If you can learn from it and grow, that’s going to yield a better result at the end of the day.

What impact do ERGs have within Justworks as well as outside the office?

Smith: ERGs are a big part of the new hire orientation process. ERG members meet our new employees and are able to provide information around heritage months and promote the DEI calendar, which is a one-stop shop where everyone can see what meetings and events are coming down the pipeline.

And our ERGs are putting together really impactful programming to affect communities outside of Justworks. For example, during Black History Month, we had a panel about Black health in America and touched on the history of the Black community, the birth mortality rates for Black women and mental health. We found a local food bank to donate money to and were able to raise $4,000. For Women’s History Month, we did a Bingo game and all of the proceeds went to a women’s shelter.

I think it’s a really important piece to our ERGs to have an impact both within and outside of the company.

Contreras: Given the work Justworks does, being in the healthcare space, we’re able to provide resources not only for our employees but to the companies on our platform. One thing we’re looking into, for example, is transgender healthcare. We have a voice and a seat at the table with our risk and insurance team and can have conversations around this issue and how we can find partnerships and what we can help provide.

We truly have a voice at Justworks and we can also have an influence on all of the companies on our platform.

Responses have been edited for length and clarity. Photography provided by Justworks.