At This E-Commerce Company, DEI Is a ‘Business Imperative’

As CTO of Maisonette, Kyle Rush is focused on making sure that the software engineering, data and analytics, and other technological efforts of the children- and family-focused e-tailer is humming smoothly.

But for Maisonette, a “successful” organization transcends humming e-commerce operations.

“Most of our work is centered around young families and young children, which presents us the opportunity to have a huge impact on the next generation,” Rush said. “We’d love to make it less racist, less sexist, and more inclusive.”

Rush, who joined the company in 2019, assumed the role of executive diversity, equity and inclusion (DEI) sponsor last summer as the organization looked to develop more robust DEI efforts. For Rush, the “holistic” role means helping track the progress of DEI-related objectives laid out by the organization.

“I’ve always been passionate about people who are not part of the dominant part of society — how do we improve their world and life experience?” Rush said.

According to Rush, those goals are both internal and external: the former includes efforts like diversifying the company’s workforce; the latter entails goals such as making sure that the content published and items carried, represent and speak to a diverse audience.

“We focus a lot on our customers and our community with information on what’s happening in the world with regards to DEI and how to talk to your kids about it,” Rush said. “And then we’re constantly looking for ways to make our marketplace less centered on whiteness, so to speak, and more visible to other communities, and have products that resonate with more than one group of people, whether it’s gender, race or religion or what have you.”

As a longtime professional in the tech industry, Rush believes that technological choices can also play a part in building a more inclusive experience for the company’s audience, something that he remains conscious of as the org starts to think about developments they could potentially pursue in the future.

“We want to build personalization technology that’s focused on children, but with a very diverse and inclusive lens built into it so that we don't suffer from a lot of the DEI-related AI mishaps that you see in the tech community,” Rush said.

Recently, Rush connected with Built In NYC to discuss the importance of promoting DEI in the tech industry, what he hopes to accomplish in the role, and why DEI is central to the future of Maisonette. 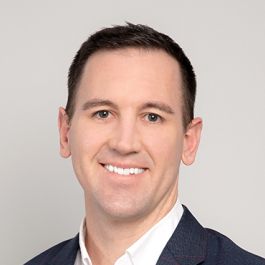 What does the role of executive DEI sponsor entail?

Rush: We created the role so that an executive, someone at the highest level of the organization and who is involved in executive decision-making, was accountable to the organization’s DEI goals. The core tenets are making sure that our organization has best-in-class goals in place, which takes a lot of research: figuring out who is best-in-class, where we’re currently at and what’s a realistic goal for us. Then, making sure that we have a strategy and roadmap to get to those goals. It’s really a group effort within Maisonette.

Maisonette’s 20-plus employee DEI Committee comprises three subcommittees. “Internal Culture & Policy” is focused on its titular subjects. “Creative & Content” looks at how DEI is adequately upheld through articles published (recent posts include “How to Help Your Child Be An Ally” and a Q&A with Black Girls CODE Founder and CEO Kimberly Bryant) and ensuring racial diversity in creative elements like editorial campaigns, advertising and more. Lastly, “Vendor & Marketplace” entails auditing products sold while also amplifying visibility for and support of a diverse selection of vendors. “Each of those committees is constantly working on something on our DEI roadmap,” Rush said.

What do you hope to accomplish as executive DEI sponsor?

Rush: If I could laser-focus on one thing and achieve it, it would be making sure that everybody within the organization has the confidence to engage in DEI work. I think that when you have an organization where people do not feel like they can engage in the work, or they don’t have anything to offer, or they’re not educated on it, or they’re afraid that they might offend somebody, that can limit your progress — because you're only getting participation from a fraction of the people in the org. That will limit how effective you can be in the work.

We want every potential customer  to feel super included in our marketplace and in our content.”

For the space in which Maisonette operates, why is DEI so important?

Rush: When you’re a person who is not part of a dominant group within society, your experience shopping across the internet is quite strange. All of the products are designed for the dominant group, and all the products that are sold are sold for the dominant group. It’s very difficult for you to find something that's designed for you or is modeled on someone that looks like you. You develop this sort of otherness as you're shopping and you don't feel included in society, because all these companies are telling you that you can buy it, but it's not really built or designed for you. Changing that will have such a massive impact in the retail space. Decentralizing the white experience will be really impactful in the industry in which we operate.

Earlier this year, Maisonette released its inaugural DEI report, recapping its DEI efforts undertaken between June 2020 and January 2021. Internal and external efforts included the introduction of a new company value (“be an ally”); employee and company-match donations combining of more than $20,000 to organizations like ACLU, Equal Justice Initiative and The Bail Project; the creation of a DEI Committee; observing Juneteenth as a company holiday; and more.

As a longtime technologist, why do you think promoting DEI in the tech industry is so important?

Rush: The products that we build inside of the tech community are sort of a mirror of our world. If you look at our world through the DEI lens, you can see that it is quite racist; it’s quite sexist; it's quite homophobic. It's very centered on the white, male existence. That world view sort of creeps into the technology that we build. We don’t realize that most of the time; some of it is unconsciously done.

As our population grows, and we start to deploy and utilize technology more to maintain that scale and increase efficiencies within our society, and the more and more software we build, the more it's going to be subjected to these sort of non-inclusive and non-diverse worldviews that we have. Unless the tech community opens its eyes to that, and learns the meaning of diversity and inclusion, it will be very difficult and challenging for our society going forward.

Most of our work is centered around young families and young children, which presents us with the opportunity to have a huge impact on the next generation.”

Is there a certain leadership style that you try to bring to the role?

Rush: In my opinion, DEI is a business imperative. If we don’t approach DEI the same way as we’re approaching, say, maxing our revenue, then it sort of lowers the priority of it and makes people view it differently. You have to see DEI as part of your business strategy. If you don’t, people won’t prioritize it.

What do you think the future holds for Maisonette? Why is DEI crucial to those plans?

Rush: We think a lot internally about a child's experience growing up in this world and what kind of messages are sent to them from society. We want caregivers to be able to provide them with good advice, caregiving and the products that would go along with that. When it comes to DEI, we want every child to feel included. We want them to feel like they’re part of society, they're valuable and that they could be a leader no matter who they are, what background they come from, what their parents look like or who they happen to have been born to.

Learn More About DEI in TechWe Surveyed the State of DEI in Tech. Here’s How to Interpet the Results.

Responses have been edited for length and clarity. Illustration by By Nadia Snopek/Shutterstock. All other images via Maisonette.