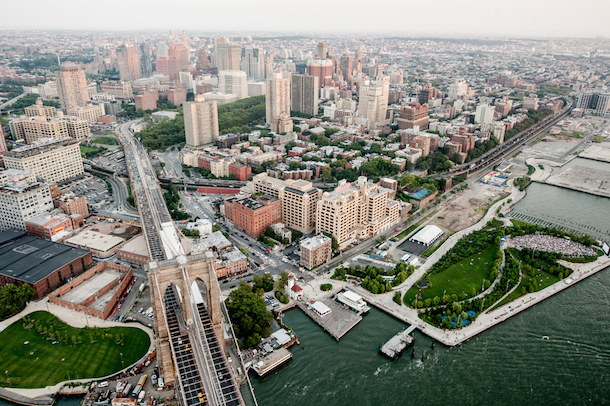 NYC taxi companies don’t like Uber. Even Mayor Bill de Blasio tried to limit the number of Uber cars on the streets last summer to protect the yellow cabs, before eventually backtracking.

But as Uber expands into the outer boroughs, another type of business is feeling the squeeze — small private car services.

Many of these local businesses are family owned businesses in modest neighborhood offices that seem a million miles from the hipster chic world of the NYC tech startup. Yet some of them are pivoting like a startup and building apps in an attempt stave off the tentacles of Uber spreading across the city's outer boroughs.

One example is Eastern Car Service, which has been operating in Park Slope, Brooklyn for 26 years. Though Eastern has had a website for a number of years, it still takes nearly 90 percent of its bookings over the phone.

As phone bookings slump, young drivers are also flocking to Uber because the app makes it easier for them to pick up a fare. Eastern general manager Marvin Aleman said that some of his drivers actually abandon customers because they picked up a better Uber ride.

Unlike Uber's model of taking 25 to 30 percent commission on fares, the Eastern drivers pay a flat weekly fee for access to rides. Aleman has now developed an app that allows drivers to accept rides on their phone and take payments via Square.

Of course, not many local car services have a GM who can develop and manage an app, but luckily for them there are third parties that can help.

Limosys Services develops white-label solutions for dozens of car services around the city. A simple search of the Google Play store shows up dozens of Limosys apps with different logos for services like Prestige and Kiss in the Bronx and Arecibo, a rival of Eastern’s in Park Slope.

Visual Dispatch is another company developing software solutions for more than 75 car services in the greater New York metro area. Founder Pedro Gonzales sees that the real value is not in building dozens of independent apps, but one single app that could control the combined fleet of all the car services.

The idea is that a customer would order a car from the app and the company with the closest driver would then take the job. The problem with this model is that many of these businesses are fierce competitors and not willing to throw their hat in with local rivals.

There are more than 500 community car services in New York City, so an app that could control their combined fleet would have serious value. Even an app that could integrate between all Limosys or Visual Dispatch clients could potentially add value over Uber. These services tend to be cheaper, plus you can order ahead of time, a feature which Uber still lacks.

But for these businesses to survive, the mindset would need to change, and the real competition isn’t the shop down the road, it’s Uber.