Only in NYC: LES hackerspace emerged from 8x8ft hole-in-the-wall 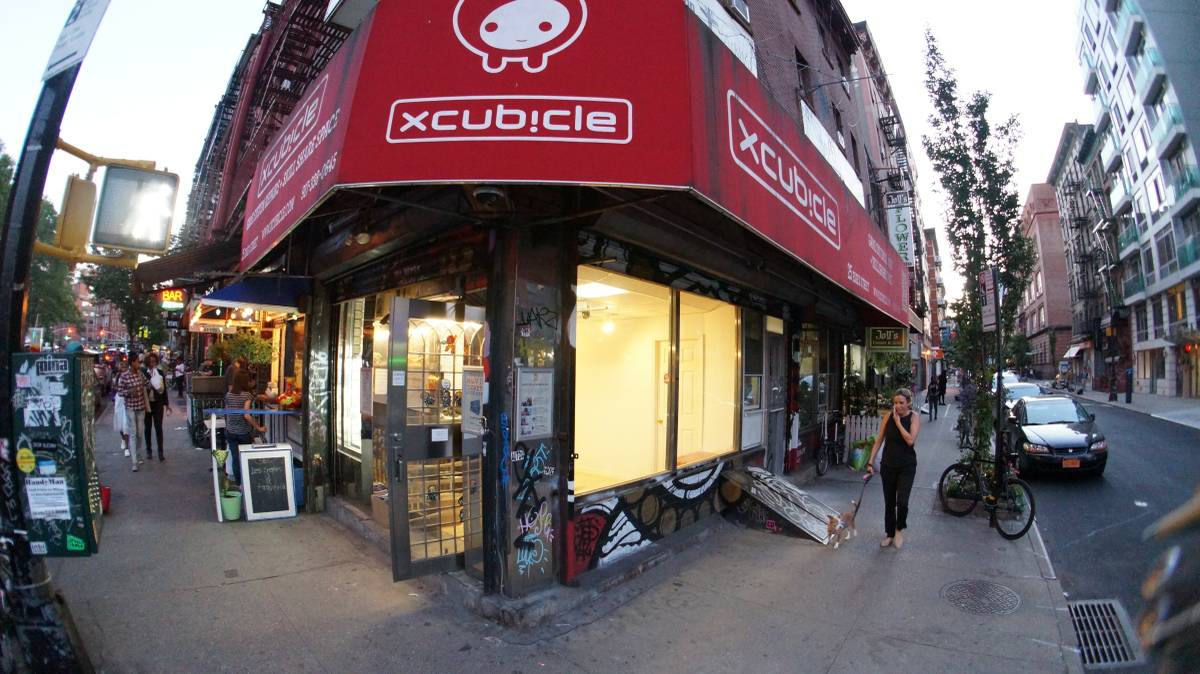 If you’ve ever walked along Essex Street on the Lower East Side, you may have come across an unlikely outpost of New York’s tech scene. Located on a prime corner, on the same block as a hipster-filled spring roll-themed restaurant (which is delicious) sits XCubicle.

XCubicle is a hybrid tech and skill share hackerspace for freelancers, with their fingers in everything from Drupal development to bitcoins and video game console repair. In a time when tech companies are vying for venture capital to set up massive teams in flashy offices, XCubicle is bootstrapped and lovingly punky. It's a vestige of the Lower East Side the way it used to be, when the area was still better known for squatters and punk rock than trendy restaurants and boutiques. 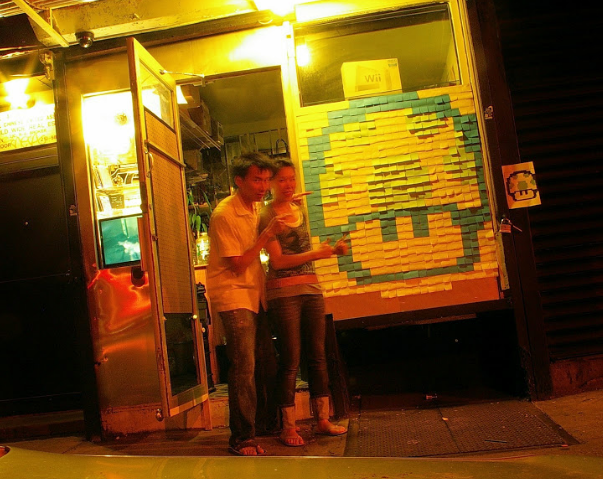 Back in 2007, long before the days of WeWork, XCubicle founder Patrick Cheng was a freelance Drupal developer looking for a workspace. He scoured the city before settling on an 8-by-8-foot storefront along pre-gentrified Essex Street. To put that sort of space into perspective, a standard prison cell is 6 by 8. Cheng went with a more lighthearted comparison, naming the company XCubicle, and covered the space’s glass storefront window with sticky notes.

“My friend saw that big window and thought it would be a good place to collect video game consoles,” Cheng said. “At the time, he was operating a wholesale video game repair business, so we donated the window to him.”

As a Drupal developer, Cheng built a website advertising the service and started to collect the neighborhood’s broken gaming consoles. Every couple of days, his friend would swing by and pick them up, returning them mended a couple days later.

“The website had good SEO,” Cheng said. “Most people were just setting up a Squarespace page, or whatever, but we really knew how to optimize the site. So the video game repair business really picked up.”

With business thriving, Cheng moved into a larger, 400-square-foot corner space next door. Eventually, however, his friend’s business stumbled and shut down — but that didn’t stop people from dropping off their video game consoles. Cheng did what any good entrepreneur does and pivoted, learning how to fix the consoles himself, before eventually bringing in some outside help. That bit of the business today brings in around half of XCubicle’s revenue and stacks of broken game consoles and other advanced electronics equipment are scattered around the space.

XCubicle also had its fingers in the infant stages of Bitcoin, and hosted some of the city’s first Bitcoin Meetups, including the BitDev group back in 2012. While those groups have outgrown XCubicle’s still diminutive space, the company is continuing to work on bitcoin blockchain technology.

Cheng said he's currently working on a project that would allow bitcoin users to set up smart, reoccurring payments.

Sadly, however, like many of the old businesses on the Lower East Side, where vacant buildings once housed squatters, rents are starting to skyrocket, and XCubicle is reportedly moving out.

"We’re just transitioning our business to something less dependent on a physical space and we really don’t need a prime corner spot for what were doing," Cheng told Bowerie Boogie. "Having been there for 9+ years and with the rent increase every year, the rent is getting a bit too high, which is why we’re consolidating and looking for a new neighbor."