Built In NYC sat down with Peloton’s lead product manager, UX designer and a member of the company’s Health and Wellness Advisory Council to learn how their latest feature, Strive Score, came to be.
Written by Brendan Meyer

Marissa Vivori knew she was cutting corners in her workout.

Like many Peloton employees, the product manager loves utilizing the company’s output, owning both a bike and a treadmill that she frequently uses for different Peloton classes. One of those classes is Bootcamp, which combines cardio intervals on the treadmill or bike with floor-based strength exercises.

Vivori’s main source of motivation whenever she participates in a class is competition. She always has her eyes on the leaderboard, but when it came to Bootcamp, the leaderboard became a loophole. That’s because the moment she stepped off the bike or treadmill for the floor exercise portion, she knew there was nothing recording her workout.

“So I would definitely use a lighter set of weights on the floor and not push myself as hard,” Vivori said. “I was trying to recover to get back on the treadmill and win the leaderboard.”

Vivori wasn’t the only one who discovered this blind spot. So the company decided to conduct user research to understand differences in engagement between Bootcamp classes and some of their other fitness disciplines.

“We found that some users felt it was demotivating,” Vivori said. “Because on the floor portion, they admitted that they slack off, they don't feel engaged or when they look at their workout statistics, they don’t feel it was totally representative of their output.”

Vivori and her team set out to find a way to keep users motivated, engaged and accountable during the floor portion of Bootcamp. They decided on incorporating the heart rate metric in some way, and from there, linked up with the user experience design team to workshop ideas.

“It grew to be something much bigger,” Michelle Hessel, a UX designer on the product team, said.

That would be Peloton’s latest feature, Strive Score — a personal, noncompetitive metric that is based on a user’s heart rate, measured with a compatible heart rate monitor. A member’s Strive Score will increase over the course of the workout based on the time they spend in different heart rate zones. The feature, which was released this April and can be used on any of Peloton’s fitness disciplines, required a full team effort, including input from Peloton’s newly formed Health and Wellness Advisory Council (HWAC).

To discover more about how it came to be, Built In NYC sat down with Vivori, Hessel and Dr. Suzanne Steinbaum, an attending cardiologist who specializes in prevention and member of the HWAC, to learn what collaboration on this feature looked like and why a project like this gives them purpose.

Set the scene for us. How did this project roll out? 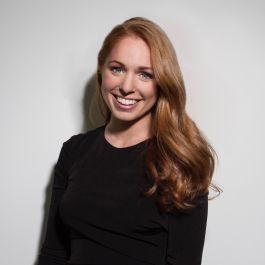 Vivori: This project was different from some other projects, since it really didn’t have a defined vision at the start. It was more of an open-ended question of, “How do we utilize heart rate to give users credit for all the work that they're doing with Peloton?” As a product manager, I laid out some requirements, such as, “It needs to work for all content types,” meaning it has to work for our cycling and running classes as well as floor-based disciplines like strength and yoga. I had a few broad ideas, but to truly figure it out, I needed to resource plenty of UX time since we did so many concepts.

We needed user research in several iterations. We needed user interface design. We needed marketing and branding to help us with naming and positioning the feature. We needed engineers on every platform, since this is something that is available on all of our mobile devices, our bike and our treadmill. And we also needed a prototype engineer to help us build the models that we were talking about. We needed product analytics.

In short, there were a ton of people. When I sent out the “Congratulations, this launched finally” email, there were some 50 people who touched this feature in some way. We also worked closely with our Peloton instructors and content team to make sure that we got feedback from them on how they might talk about this feature during a class. 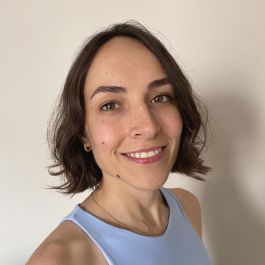 Hessel: To echo Marissa, this project touched the most people of any project I’ve worked on at Peloton. Our team works in a very collaborative way. Generally, a project starts with UX. At that point, we already have developers involved, giving us feedback on what seems feasible. We have our UI designers who are already thinking about how this will play into our in-class UI. So we’re always bouncing ideas between UX, UI and developers, and then we have our research team that is jumping in constantly. Throughout this project, we had so many rounds of research. So it was a super collaborative project with a ton of iterations in which everybody had a little bit of their own designs applied, which is exciting.

What challenges did you encounter during this project?

Hessel: From a design perspective, this was a feature that was meant to seamlessly work across all platforms. That meant we needed to think about how it would look on our physical products, but also from a phone screen or massive TV.

What does this look like when you’re in a Bootcamp class and you clip out and go to the floor segment? When you jump to the floor segment, and you’re doing a plank pose, you need to be able to glance at your tablet and see your Strive Score and get that information quickly. What happens to the leaderboard? Now Marissa can’t cheat anymore, because the output gets frozen during the floor segment. Even if she’s running or pedaling when she should be on the floor, it won’t go up. Having to think about how all of these things play together was a really interesting and exciting UX challenge.

When I sent out the ‘Congratulations, this launched finally’ email, there were some 50 people who touched this feature in some way.’’

Vivori: Naming this product also wasn’t easy. There was a shockingly small list of words that we could potentially use that were not being used somewhere else in the world by another company. We wanted something that sounded positive and motivating, without trying to make it sound like you should constantly be trying to top yourself. We don’t want you to always be going for more points. That’s not the objective. We went through many rounds of testing names, and the funny thing is, when we distilled it down to our final two, we tested them with 150 people and it was split 50-50. We settled on the word “strive.” The word came up at the end of the process, and it felt like a word that a Peloton instructor would use.

How did this project come together with everyone working remotely?

Vivori: This feature had so many moving parts. Being in the thick of it, then working from home, was a challenge. One of the main things to get right with this feature was the point mechanics. How are we ascribing a value of points to each zone? If we’re doing each zone, which is what we decided on, how much value should each get, and how quickly should the points accumulate?

For the first six months of the pandemic, I lived away from New York, so I didn’t have access to my bike or treadmill. The way that we solved for this was we had one engineer create a mobile app — not a Peloton app — that literally showed Michelle’s UX of the design and how the points are with a formula that we could change. I remember doing jumping jacks and taking random classes at home. I would play a Peloton class on my computer and put this app next to me to watch how the points would tick up. We definitely got creative because I think in the real world, pre-COVID-19, what we would have done was have our engineers build a prototype on the bike or treadmill, have a ton of people come in to take different classes and get feedback. But we didn’t have that at our disposal.

Hessel: From a design perspective, we work with hardware, so when you’re in the office, having all the hardware available makes things easier. I can be on my computer and then jump on the treadmill, check and see how a design looks, and then get someone to try it out. Things are much faster that way, and having reviews with the whole team in person is much easier. So it took more coordination doing this remotely, but I think in the end, we adapted.

In September 2020, Peloton announced the formation of its Health and Wellness Advisory Council. The council consists of doctors, researchers and other medical professionals who specialize in fields of cardiopulmonary exercise, neurology and neuroscience. The HWAC partners with Peloton on certain projects, the first major one being Peloton’s Strive Score feature.

Dr. Suzanne Steinbaum, as a preventive cardiologist and member of the HWAC, what was it like collaborating with Peloton for the Strive Score feature? What feedback did you provide?

This Strive Score was an interesting process. Initially, more points were given for higher heart rate zones, implying that higher heart rates were better. This is not the case for all people, so we had to adjust this. Our challenge was trying to show that points should be achieved for varying heart rate zones and for exercising in multiple different zones to achieve overall fitness goals. Understanding the point system became the biggest challenge. Working with the product team, we helped create a better understanding of the importance of varying the heart rates and accounting for individual differences and goals. It’s now clearer that the final feature is a non-competitive score that is tracked for each individual, calculated for all the exercise achieved, not just on the bike.

How does a project like this give you purpose in your work at Peloton?

Hessel: I feel like a designer’s purpose is to create an experience that makes something better, and better can mean a lot of things. In our case at Peloton, making something better can mean the difference between you working out or watching TV on your couch. In essence, working on a feature like Strive Score is exciting because it touches so many aspects of the Peloton user experience, and it can really change the way people think about fitness. As a designer, this makes me think in a really holistic way.

At Peloton, making something better can mean the difference between you working out or watching TV on your couch.”

Vivori: What’s really exciting about a feature like this is that it can be a lot bigger. We’re now just tapping into how we help users better understand their exertion or their effort via heart rate. We can build off of that in the future. That’s something I love about software product management in general —  you don’t have to be totally done with something. You can get started and keep building off of it.