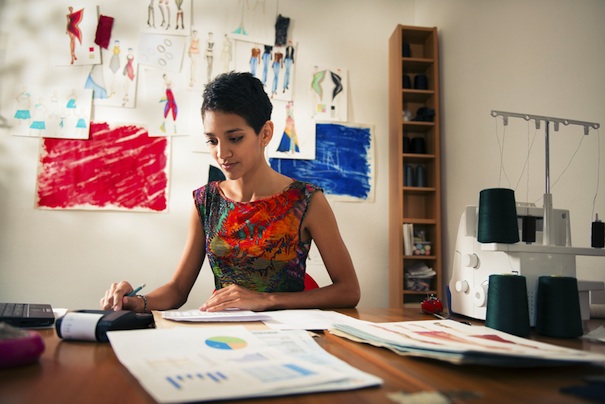 In 2013, Zach Weprin needed a loan for his small business in Ohio.

Fusian, a kind of Chipotle for sushi, was doing well with two locations, but needed funding for expansion. After he was turned down by several banks, he reached out to his cousin Jared Hecht.

Hecht couldn't believe how difficult it was to get a loan. He had sold his first startup, GroupMe, for about $80 million a few years prior and knew it was time to begin something new.

Fundera
View Profile
We are hiring
FiDi is no longer so financial! Many tech startups are in the buildings surrounding ours and the neighborhood itself continues to transform!
was born.

Newcomers to the site fill out a small questionnaire with basics like their resume and credit history and the site quickly calculates which type of loans they’re eligible for.

Once the loan type is selected, users see a list of lenders and rates. They then choose a lender and start filling out an application. Fundera loan officers are on hand to guide users through every step of the process, which can often involve setting up conference calls with the parties involved, although some simpler loans can be completed entirely online.

The service is completely free for borrowers and they will get the same rates through Fundera as they would if they contacted the lenders directly. Fundera charges the lenders a one to three percent fee, and charges the same fee to all lenders so there is no incentive for them to push one loan over another. There are currently around 30 lenders on the platform.

“We’re not interested in having 1000 lenders,” said Fundera head of content Meredith Wood.  “We just want the best in each product class.”

Since launching in February 2014, Fundera has helped facilitate more than $90 million (the largest being $2 million) in loans for more than 1,900 customers.

Like any fintech startup, Fundera benefits from being located in the financial center of the world in Manhattan. Wood said many of their lender partners are based or at least have offices in the city and much of the benefit comes from talent. “A lot of our loan officers are ex-commercial bankers, and they’re a lot easier to find in New York than elsewhere.”

Wood said the loan officers make up nearly half of the over 40 employees.

Perhaps surprisingly, small business lending is an area that has remained largely off-line until now, but judging by the growth of Fundera, it seems Hecht has tapped into a market that is ready to move online and will likely only become more automated in the future.

Know a startup that deserves coverage? Send an email to [email protected]