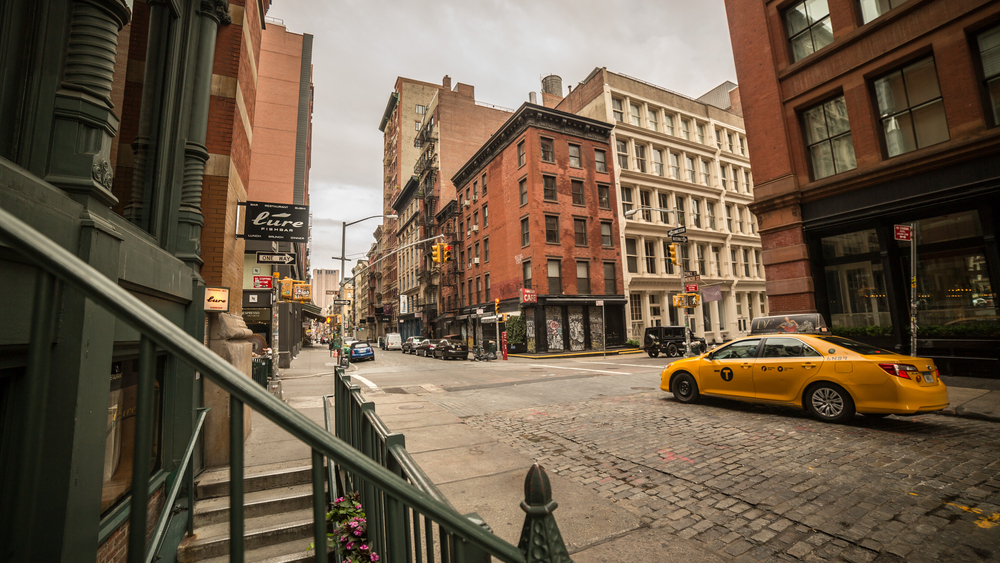 SoHo, short for South of Houston Street, is an upscale neighborhood in Manhattan probably best known as a shopping district.

As upscale as the area is today, that hasn't always been the case, and the neighborhood has a long and varied history.

The land was given to freed slaves of the Dutch West India Company in colonial times, making it the first black settlement in Manhattan. Then, in the mid-1800’s, the area served as the heart of the growing city’s entertainment district, housing large shops, theaters and brothels.

After the civil war, SoHo become a center for large manufacturers, but that era didn't last long, and the neighborhood started a long decline. By the 1950s the area was full of small factories and sweatshops and largely abandoned at night. These conditions depressed the costs of living and, in the 1960s, artists, began moving into the neighborhood to take advantage of the large manufacturing lofts and inexpensive rent.

Today, of course, the neighborhood is one of the city's most expensive, filled with high-end restaurants and shops, as well as a good number of chain stores. Increasingly, tech companies are moving to the area, taking advantage of the neighborhood's prime location, access to subway lines, and proximity to Midtown and the Financial District.

Zocdoc
View Profile
We are hiring
,

Group Nine Media
View Profile
With limitless eateries, shops, startups, fashion and art around us, it’s almost impossible to not be inspired in our SoHo headquarters.
Follow
,

Harry's Inc.
View Profile
We are hiring
Usually you will find us in West SoHo (NYC) or London. During the COVID-19 pandemic, we are work from flexible until September 2021!
,

Word on the street: "We decided to headquarter RFM in SoHo for a number of reasons,” said John Reynolds, CEO and cofounder at RFM. “It is a high-traffic area where a lot of people shop and we were able to colocate with fashion showroom, Mahna Mahna. Additionally, there's easy access to just about all of the city’s subway lines and the neighborhood is high-energy with a lot of great brands nearby."