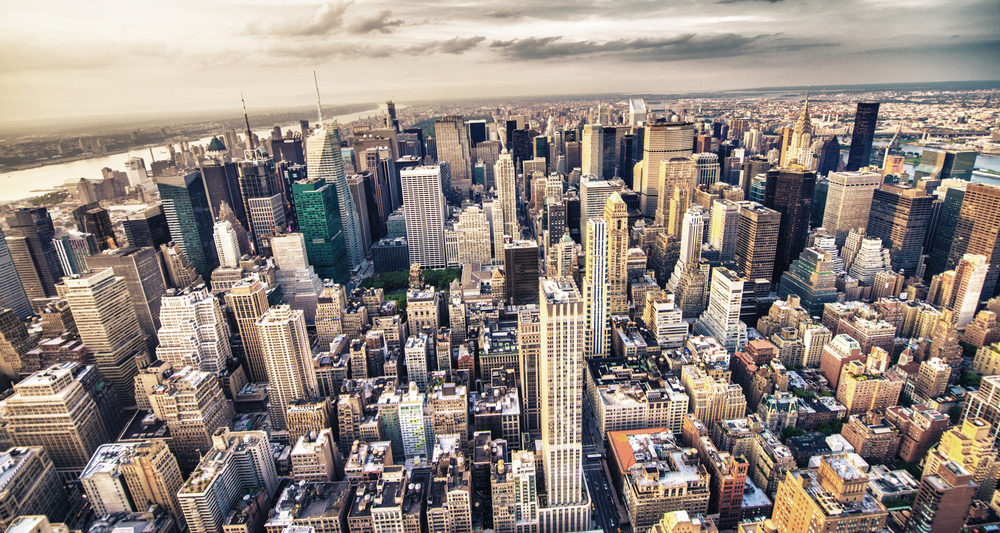 Midtown Manhattan is the beating heart of New York City. The neighborhood is the world’s largest central business district, and one of the densest pockets of humanity on Earth. Many of the city’s tallest and most iconic buildings are located here, including The Empire State Building, the Chrysler Building, and Rockefeller Center. Important cultural and political hubs like Times Square, the Broadway Theater District, and the United Nations Headquarters are also located in Midtown.

Many key parts of the city’s transportation infrastructure are located in Midtown. Pennsylvania Station, Grand Central Terminal and the Port Authority Bus Terminal are here, and many of the city’s busiest subway stations and interchanges haul millions of people under the neighborhood's packed streets. Cars pour in from New Jersey through the Lincoln Tunnel and from Queens and Brooklyn on the Queensboro Bridge and the Queens Midtown Tunnel.

It's hard to overstate the number of humans in the area at any given time. An estimated 391,371 people live there full time. However, this number is dwarfed by the over 1.5 million people who flood into Manhattan every workday, many of whom are headed to offices in Midtown. And that doesn’t count the tourists — 50 million of whom visit the city every year — and no trip to New York would be complete without a visit to Midtown.

The area’s sheer size makes it difficult for any one industry to dominate. Media and entertainment companies have significant presences there, and three of the four major U.S. television networks are clustered along 6th Avenue. The fourth, ABC, sits just north of Midtown in the Upper West Side.

Tech companies are claiming their piece of Midtown, but almost all of them are clustered below 42nd Street. While their numbers are growing, Midtown is a long way from being dominated by tech.

Like it or loathe it, you’d be hard pressed to live or do business in New York without venturing into Midtown sooner or later.

Word on the Street: "When people first think of New York, they picture Midtown as home to the city's most iconic buildings (Empire State, Chrysler), tourist destinations (Rockefeller Center, Times Square), transportation hubs (Pennsylvania Station, Grand Central Terminal), and 'The World's Most Famous Arena' (Madison Square Garden). For tourists, these NYC attractions are on their "must see" list, but for commuters and residents alike these attractions are on their "must-avoid" list. However, for many LittleThings employees who commute to Penn and Grand Central, Herald Square is conveniently located in the center of the city. Plus it's surrounded by great lunch options, including the restaurants in Korean Town, Broadway Bites (seasonal in Greeley Square), The Pennsy, Chick-fil-A, Pokeworks, Parker & Quinn, Keens Steakhouse, Chef Street (downstairs at Macy's), and Stella 34 Trattoria (6th Fl in Macy's) to name a few. Bryant Park is a great for a lunchtime stroll or afterwork happy hour at the Bryant Park Café. " — Mark LoCastro, VP of Public Relations at LittleThings

Best place to grab a slice: B Side Pizza, Merilu Pizza, Al Metro, B Squared, Capizzi, The Catalina, Kiss My Slice