Hogwarts at home: This startup is helping you change artwork with the flick of your wrist | Built In NYC Skip to main content
Loading...

Hogwarts at home: This startup is helping you change artwork with the flick of your wrist 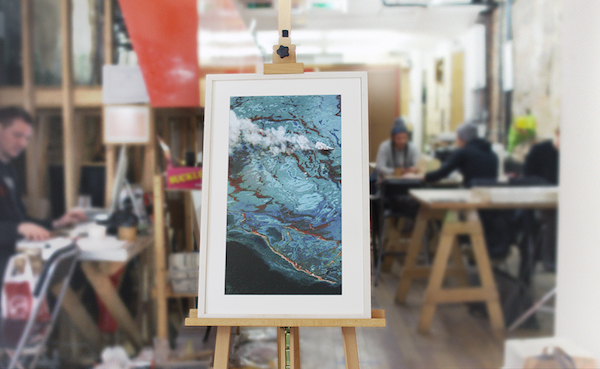 Vladimir Vukićević founded Meural to democratize the art industry. And it seems to be working.

Meural is a connected device and discovery platform that blends art and technology to produce a digital canvas with access to tens of thousands of classical and contemporary artworks from across the globe, wall-ready with just the touch of a button — or the swipe of a hand.

After purchasing the canvas, users gain unlimited access to every work of art in Meural’s massive — and growing — library for no extra cost. From their phones or computers, they can scroll through different lists and feeds to find their favorite pieces or discover new ones, and schedule them to appear in their living rooms (or galleries) with Meural’s simple and easy-to-use drag and drop timeline. The canvas is also operated by gesture: If you’re over a piece sooner than expected, or just can’t wait to get to the next one, all you have to do is wave.

But Meural isn’t just about collection; it’s also about discovery and exploration. Open the app to find thousands of pieces from up-and-coming artists working in every medium, from drawings and paintings to photography and even animation, making it an extremely accessible platform for artists to expand their audiences without the hassle or cost of going through galleries.

“Artists love this, because we’re giving them a new distribution and marketing platform,” Vukićević, founder and CEO, said.

While Meural enjoyed immediate success and substantial seed funding, selling out their first production batch in December 2015 and raising a subsequent $2.5 million, industry disruption guarantees — or perhaps is demonstrated by — some amount of pushback.

“Galleries get trickier. Some have been receptive, some are a bit scared of it,” Vukićević said. “We’re bridging the gap between consumer and artist directly, so we’re removing the need for galleries in some ways."

Surprisingly, Vukićević insists that museums and older institutions are embracing Meural with open arms. The technology doesn’t necessarily affect a population’s desire to see artwork in person, it just adds a level of magnitude to the reach of these institutions, providing them with a fresh revenue model.

The idea for Meural grew out of an artist co-op on the Lower East Side called Con Artist Collective, an active community of creatives who curate shows and social events to encourage collaboration and imagination. It was here that Vukićević developed his belief that art should be universally accessible, and here that he began to assemble the tools and manpower necessary to turn that idea into reality.

“Unlike other tech hubs in the country, there are a multitude of different industries here where people are coming together and making these weird, awesome amalgams,” Vukićević said. “We’ve established a level of expertise that will be ever-growing and ever-present in New York."

Vukićević also credits his ability to build such a diverse team to its New York base. The staff of 15 spans six countries across four continents. Meural’s global roots have led them to global markets. Despite being only two years old, they’ve sold to 25 markets in almost every continent, with a very small marketing budget, according to Vukićević.

After closing out their seed funding round, with contributions from Corigin Ventures and Barbara Corcoran Venture Partners, the team's next steps are to improve the product itself, continue to grow the content library, and expand to retail and other online platforms as well as to more physical locations to provide more opportunities to experience Meural in person.

“Art is a universal language and Meural is looking to be the platform of that language,” Vukićević said.