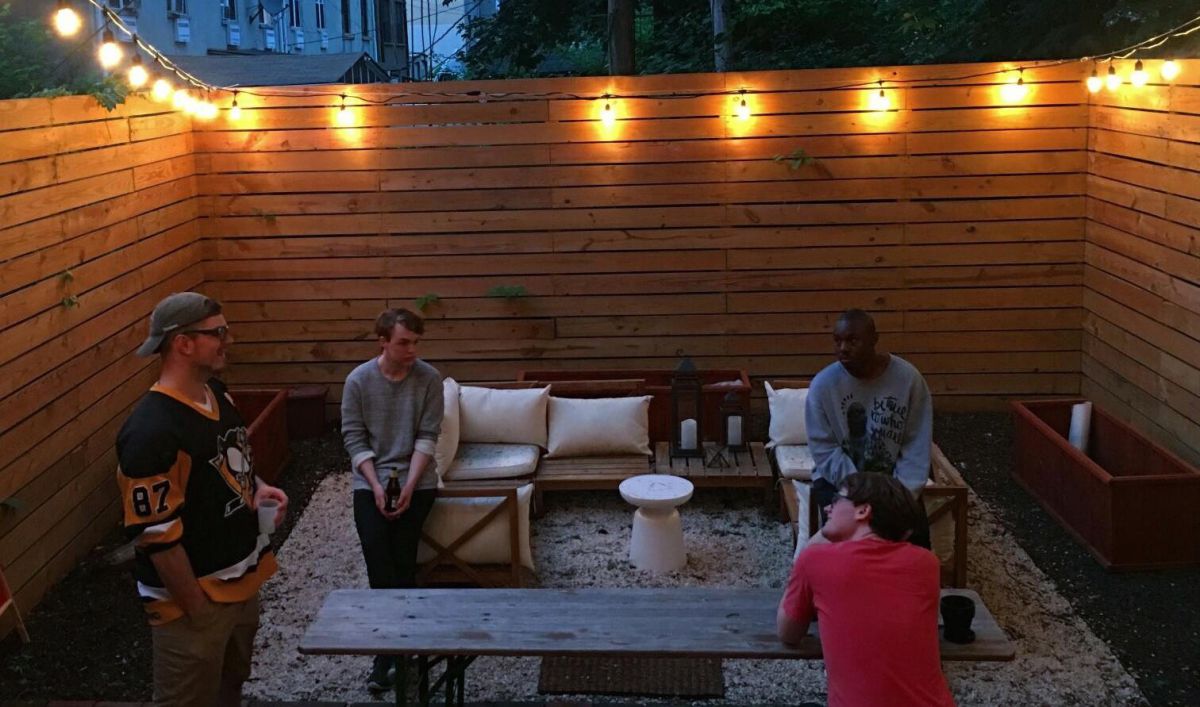 Common, the coliving startup created by General Assembly co-founder Brad Hargreaves, has received its fair share of flack in the 10 months following its debut in Crown Heights.

The New Yorker referred to the psychology of its tenants and attractors as “extended adolescence.” Buzzfeed dubbed it "the logical next step in the race to monetize the wantrepreneur lifestyle,” going on to predict that both coliving and coworking startups "may end up more like a Disneyland ride that replicates the founder lifestyle — paying for the chance to play startup."

But on the heels of the success of coworking spaces, Hargreaves decided to open up another kind of shared space: a communal living space that caters to young professionals looking for flexible alternatives to lonely, expensive studio apartments and scary, unreliable Craigslist roommates. Common's mission is to provide a community of flexible, convenient housing options to its members.

"We said, let's create a company that addresses the needs of people living together and actually takes this idea of sharing space from being a chore and actually makes it something awesome and interesting," Hargreaves said. "Because I actually think people don't love the anonymous shiny glass tower where nobody knows their neighbors that seems to be really common in New York."

The decor, which Hargreaves describes as "mid-century modern meets Hudson Valley Americana," resembles a typical Brooklyn brownstone. The physical layout of Common's Albany house was designed specifically with community in mind and boasts tons of communal space, such as a living room-kitchen combination on the first floor, leading out to an open and inviting backyard perfect for summer barbecues, massive potlucks and the occasional pancake party, tenants said. 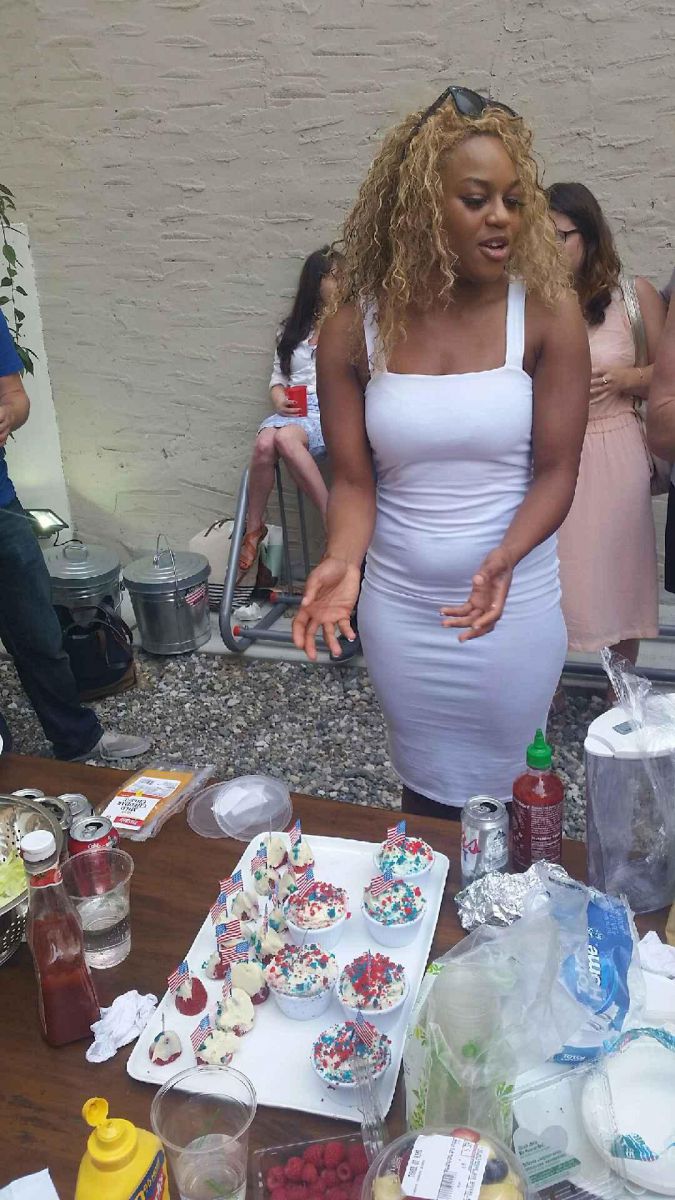 “The funniest thing about living in this house is exposing people to different food,” Ash Divecha, an Albany member, said. "The dinner that we’ve hosted, 20 people come over here. It was loud as f** until the food came out, and then it’s like dead silent. As a chef it’s my favorite thing in the whole world."

Common puts on monthly "Common outings," that range anywhere from concerts to bowling. Most events are member-led and facilitated by house leaders and almost all have an open door policy.

“People still show up to events that haven’t lived in Common in six months to a year. Those are the first people they met in New York City and they stayed friends,” Divecha said.

Common provides each house with a monthly allowance to build community not just between the members and the different houses, but to immerse members within the surrounding Crown Heights community. The organization hopes members will put money into local businesses, rather than opt for Fresh Direct or drinks in Manhattan.

In June, Hargreaves said Common hosted a meet and greet on the roof of their Williamsburg location, where they invited all of their members and six different small businesses to come together to see what's going on in the neighborhood, "to build those bridges and those connections and make sure our members are getting out into the community." 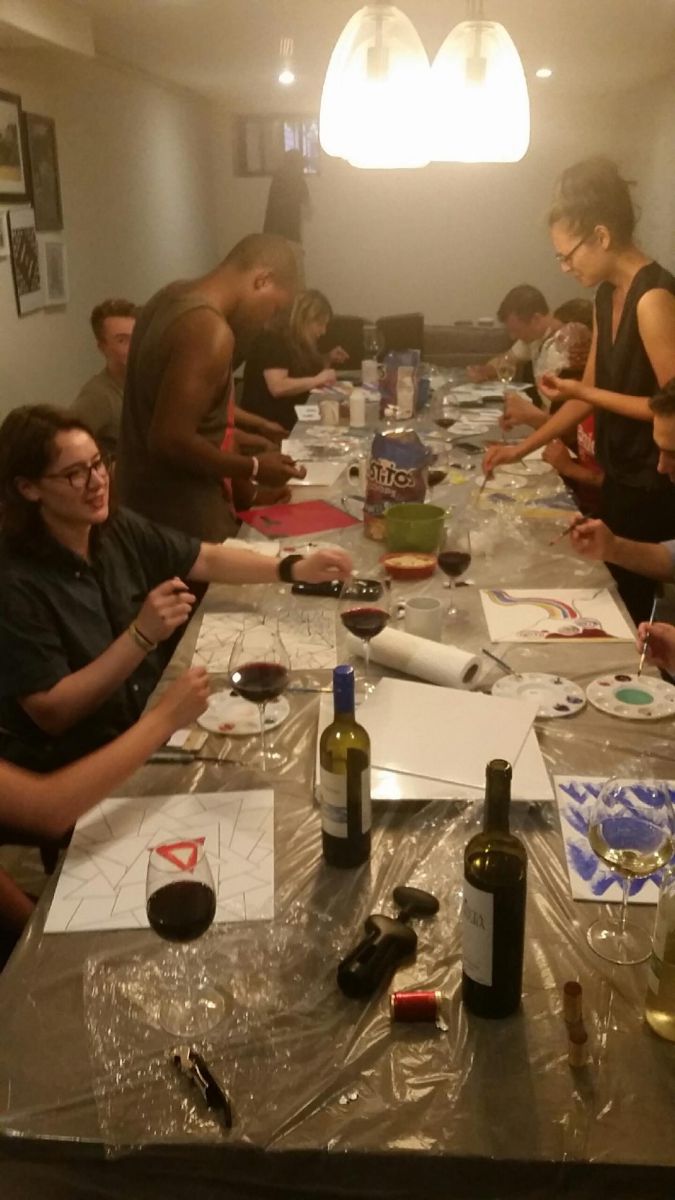 The criticisms around Common’s contribution to gentrification oversimplify a complicated issue. Crown Heights is a historically Black neighborhood. Over the first decade of the century, that population shrunk from 79 to 70 percent, while the number of white, Hispanic and Asian residents grew. Property values are rising dramatically. But Albany house leader Bryan Bumgardner insists there is a fine line between gentrification and development.

“There are a lot of people out there who will sit on a pedestal and point fingers at us. The reality is that all cities are growing. That’s an open statistic, everybody knows this. Cities are growing and it’s impossible for young people to find a place to live."

Albany house was abandoned prior to Common’s takeover. Just like the houses on either side of it.

“If you talk to our neighbors, the people around us, the people that own the bodega across the street, they’ll tell you that we’re bringing money back into the neighborhood. The people living here, they bought these brownstones when they were, what, $40,000 in the 40s when the guys come back from World War II,” Bryan said. “There are people who target houses and try to push people out, but Common doesn’t do that. Common picks up the houses it can get because they’re either abandoned, somebody’s trying to sell, and they know they’re about to make somebody’s life."

The issue is not black and white, which Bryan acknowledges. The larger point is that young people are flocking to cities at an unprecedented rate and there simply isn’t room for them in Manhattan anymore. Yes, offering luxury housing priced at $2,000 a month in historically Black communities will almost certainly lead to an influx of wealthier, whiter techies, but Bryan argues it’s unproductive to offer an oversimplified explanation of “gentrification” without addressing the many complex underlying factors and problems Common solves.

For one, Common provides young people a place to live in expanding cities while also helping them avoid the loneliness of moving to New York for the first time by providing them with an immediate community. And not all of the tenants are in tech, nor are they all white and wealthy. Some are still in school. Ash worked as a chef before switching gears to installing fiber optics. There’s a guy who makes his own e-cigarette liquid. A female structural engineer. Journalists. And when you consider many of Common’s perks, such as providing free laundry, cleaning supplies, kitchen supplies, and seemingly endless opportunities for free food (what better way to build community?), not to mention invaluable networking possibilities, the high price tag starts to seem a bit more reasonable. Common's pricing varies depending on the location, room size and length of stay.

Common solves another problem easy for U.S. natives to take for granted: foreigners trying to rent from New York landlords, who generally require credit and background checks. Instead, Common might use bank accounts or paycheck stubs. As a result, in just seven months of existence, Common’s Albany house has welcomed residents from almost every continent. The first floor alone covers Peru, India, South Africa and France. The group has also had representation from Rwanda, Columbia and multiple countries in the United Kingdom. The house has 12 rooms in total.

“I think people for thousands of years were living this way, and then somewhere in the 50s there was this idea that, ‘Oh, you have to have a house, 2.5 kids, you can’t live with roommates, it’s weird, it’s a hippy thing.' In reality there’s so much support and good conversation, entertainment and friendship, learning that happens when you live with people that necessarily a couple weeks ago were strangers to you,” Bumgardner said.