This concrete jungle is about to get a little greener, and a little weirder.

With support pledged from City Hall, the Lowline Project — a plan to use solar technology to grow an underground park in an abandoned trolley terminal on the Lower East Side of Manhattan — is one step closer to becoming reality.

Former NASA engineer James Ramsey first conceived of the idea in 2011. He was playing around with light technology, trying to figure out how to manipulate light to take it places it wouldn’t normally go. Around the same time, he befriended a former MTA employee who led him into a 60,000 square foot Charlie terminal on Delancey, abandoned for almost 70 years. And thus, the Delancey Underground Project was born.

They announced the idea to the public to see what kind of traction it got. It was a lot, so they opened up multiple technology exhibits around the area to preview their idea. A second abandoned piece of transit infrastructure-turned-park, following the success of the young Highline on the west side, attracted the press, who were quick to dub the project the Lowline.

The conceptual similarities between the parks are striking. But what sets the Lowline apart is almost extraterrestrial.

Ramsey figured out you could treat light like a liquid using fiber optics, and eventually solar technology, to grow plants completely underground. The technology itself wasn’t revolutionary — its application, however, would be the first of its kind in the world. They took over an abandoned market on Essex just blocks from the terminal to create an official Lowline Lab — open to the public five days a week — where they began their experiment to try to grow plants completely underground. They started out with semi tropicals that don’t require as much light first. But the technology actually performed better than anticipated, capturing about 70 percent of the sunlight outside, allowing the team to expand their plant palette. Today, they’ve planted over 3,000 individual plants from almost 100 different species in the lab, including edibles and a tree rescued from the roof.

"There was really just a random tree growing on this building. We planted it here. I think that’s kind of symbolic in a way,” Deputy Director Robyn Shapiro said. “Nature always takes over, nature always wins. It will be relentless in getting its way. So this lonely tree survived on the roof so we’re giving it a new life here." 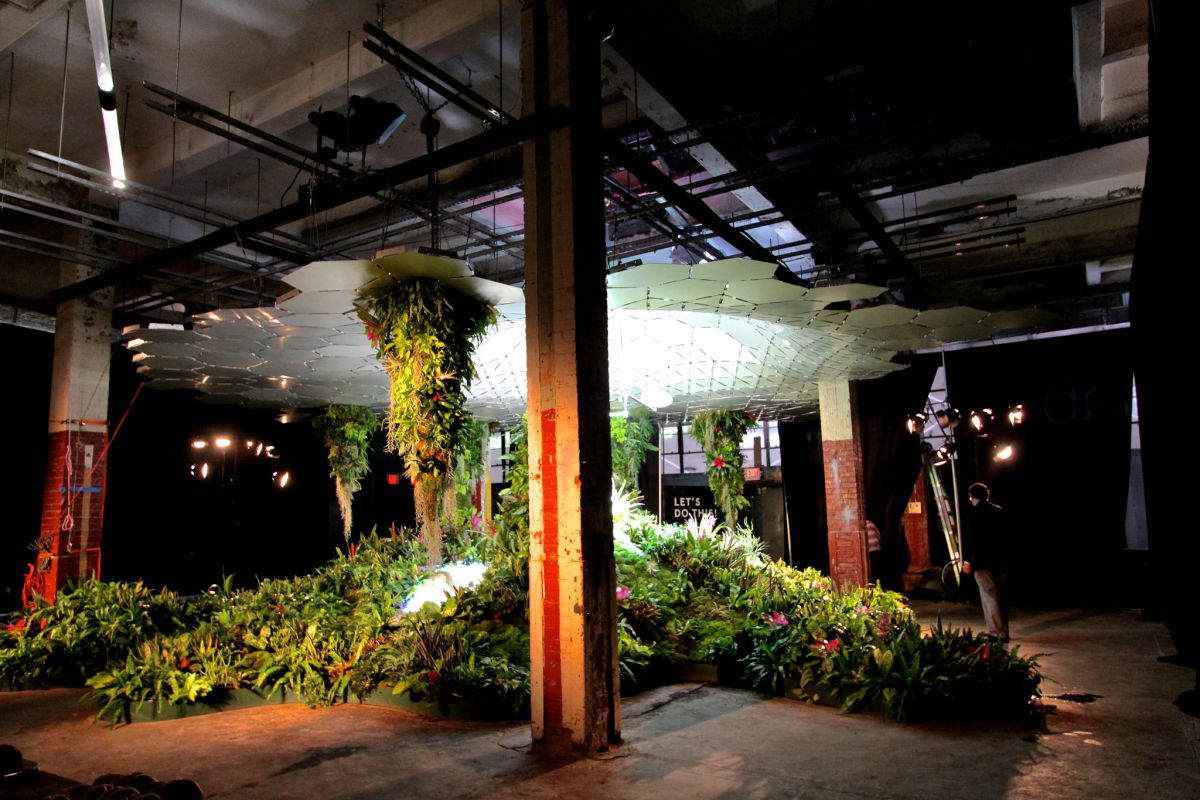 Paradoxically, the Lowline will also ultimately end up offering a refuge from the natural world at its bleakest for New Yorkers — the winter months.

“When New Yorkers are most nature starved and it’s raining outside, it’s freezing cold, we’re living in our small apartments here, we now have access to a public green community, bright space, “ Shapiro said. "But even in the summer it will be a little cooler inside than it is outside. So kind of just taking the edges off the extreme temperatures."

Shapiro describes the project as extremely community driven. With the multiple technology exhibits they’ve opened up around the Lower East Side, they’ve also launched a youth mentorship and job training opportunity called the Lowline Young Ambassadors Program. In conjunction with an organization called City Science, the Lowline developed a curriculum that teaches kids to use what they see in their urban landscape to learn about science in a relevant, hands-on way, while also empowering them to play a role in shaping their neighborhood.

“It’s not every day that a huge project like the Lowline is going in your backyard,” Shapiro said. "We want to know what people want to see in this space. So there’s also an idea collection, a brainstorm about what the Lowline could become, what are the greatest needs in the area and should be in the space."

In addition to an educational space, the Lowline could also serve as a home to farmers markets and other community programming, the plans for which are already in the works.

The Lowline Lab is free and open to the public every weekday from 11-5 p.m.