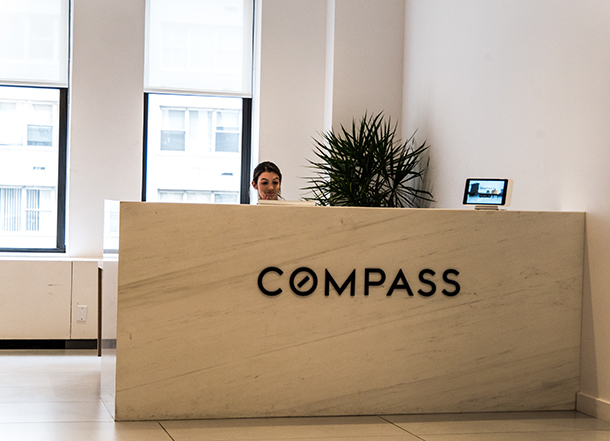 Today, Compass, a technology-driven real estate platform that’s made major waves over the past year, announced it closed a $75 million Series D round, along with a valuation over $1 billion.

The round was led by Wellington Management Company LLP, with participating investments from IVP, Thrive Capital, Founders Fund and 406 Ventures. The new financing is the company’s largest funding to date, following a $50 million Series C raised a year ago.

“This funding will provide us with additional resources to accelerate our growth into new markets and inject transformative technology to improve the experience for consumers and agents,” said Ori Allon, Founder and Executive Chairman of Compass, in a statement. “When it comes to technology, the real estate industry is fragmented and regional systems don’t talk to each other. There is no reason the real estate process shouldn’t be transparent, convenient, expedient, and intuitive. Compass is aiming to change that.”

As a digital one-stop shop, Compass is revolutionizing how people list and find properties online. In October, the company rolled out a first-of-its-kind real-time residential market report app, providing customers and agents with up-to-the-minute housing analytics. The app allows users to customize property searches, and provides access to up to date insights on active, in contract and sold listings, which is a revolutionary on the customer side of real estate. On the agent side, the app allows agents to create market reports based on their client’s wish lists.

Compass was founded by Ori Allon and Robert Reffkin and launched in New York in 2013. The partners started the company with the hopes of creating a better way for people to find and rent apartments in New York’s competitive real estate market using hyperlocal information networks.

Over the past 18 months, Compass has rapidly expanded throughout the country to Washington DC, Miami, Boston, the Hamptons, Cambridge, Beverly Hills, Malibu, Pasadena, Santa Barbara, and Aspen. The firm plans to open in San Francisco later this fall.

Currently, the company has 24 offices nationwide and represents approximately $7 billion in annual sales.