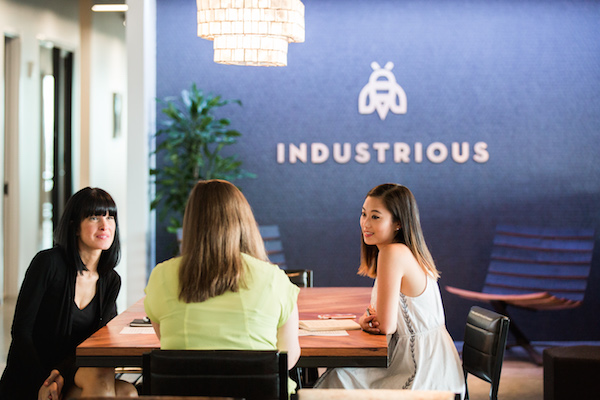 While many coworking spaces are known for attracting young startup teams by way of Ping Pong tables, kegerators and the occasional Kanye West quote, Industrious is breaking the mold.

Founded in 2013 by Jamie Hodari and Justin Stewart, Industrious was created to offer modern professionals a coworking solution devoid of typical startup ambiance, replaced with a sophisticated workspace that fosters productivity. While Industrious houses growing startups and freelancers, it also serves as an office for industry giants like Spotify and Pinterest.

Like any coworking space, Industrious offers private offices and shared spaces to its members, but its amenities are a bit more lavish than the average coworking chain, running the gamut from private mother’s rooms to fitness centers. 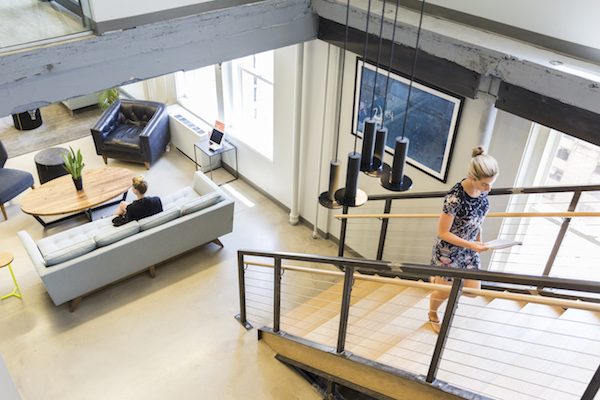 “The fundamental promise of coworking is that through the dynamic of the sharing economy, you can create a higher quality workplace than if you built your own office for just your own team,” said Industrious co-founder and CEO, Jamie Hodari. “However, our feeling is that the coworking industry made the mistake of focusing on young, tech companies. So we wanted to build a coworking network that’s warm and inviting but also professional enough.”

Today, the company announced it closed a $37 million Series B round, led by Riverwood Capital. Outlook Ventures and Maplewood also participated in the financing.

“If you walk into Industrious, it looks and feel like one of the most beautiful, high-end workplaces you’ve seen," said Hodari. "Through high-end materials and design, the space is done in a way where it meets people’s expectations of what an inviting work setting should feel like. We do a good job of being able to marry the dynamism that appeals to entrepreneurs with the type of professional setting that larger businesses need.” 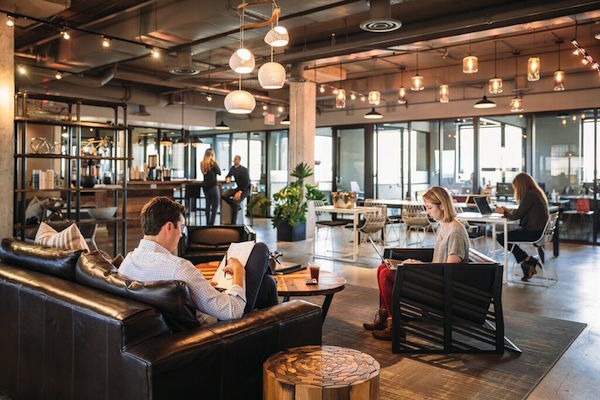 The company plans on using the round to continue expanding its coworking locations to 12 new cities. It will also add new locations in cities where it has already set up shop, which include New York, Atlanta, Austin, Chicago, Columbus, Los Angeles, Minneapolis, Nashville, Philadelphia, Raleigh and St. Louis.

“At the ground level, our mission is to make people proud and excited to go to work. What that looks like at scale is a national network of places where the provider of choice can help companies attract the best and brightest talent by having the workplace that people love going to every day.”