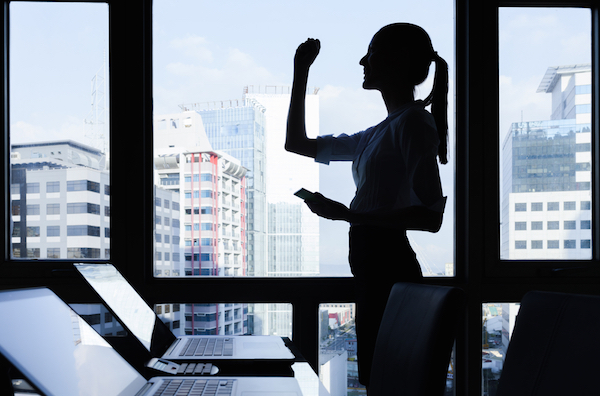 Engineering has traditionally been a tough field for women, resulting in the oft-repeated gender problem in tech. Now, things are changing.

Women are opting for STEM-centric education, working on engineering projects that attempt to achieve societal good and are leading the technology teams at some of today’s largest companies.

And while women are still vastly outnumbered by men in technical jobs, they are even harder to find in leadership positions. But in New York City’s tech community, which is increasingly becoming a hotbed for women in the industry, we found plenty of them.

As the Global Head of Engineering Developer Experience at Bloomberg, Pavangadkar is responsible for leading a team that works to create the best developer experience for the company’s engineers. Previously, Pavangadkar held leadership positions at Goldman Sachs and J.P. Morgan

Liz Crawford has been the CTO for the beauty subscription service, BirchBox, for over five years. Previously, she was the CTO at Aprizi, a ‘Pandora for shopping’ platform and co-founded her own startup. Crawford holds a Ph.D. in Computer Science from Carnegie Mellon University and a Bachelor of Science from the University of Sydney.

Kathy Tafel is the Director of Mobile Engineering at Meetup, where she leads the iOS and Android teams. Tafel has held leadership positions at American Express and Apple, and created the cooking app The Recipe Box, which has been in the top 10 paid list of its category since its release.

Maria Belousova joined GrubHub as the VP of Engineering in 2014 and has since quickly moved up within the company to CTO. Previously, Belousova worked as the VP of Technology at Bluefly and as a software engineer at Microsoft. She also founded her own company, Davai.com, which is a scalable social media management and data mining platform in the cloud.

Christina Wick is the Head of Engineering, Product and Design at Venmo, where she is responsible for the product and technology direction of the company, as well as the management of the engineering, product and design teams. Previously, Wick worked at Amazon and AOL.

Ayah Bdeir is the founder and CEO of littleBits, an open source library of modular electronics that snap together with magnets. Bdeir earned her undergraduate degree in Engineering and Sociology from the American University of Beirut and her Masters of Science degree from the MIT Media Lab.

With previous experience as the CTO of PeerIQ and the Head of Technology for Intelligent Solutions Group and J.P. Morgan, Helen Altshuler brings a plethora of experience to her position as a Technical Manager of Cloud Engineering at Google. She holds her Bachelor of Science from Pace University and is a club facilitator at Girls Who Code in New York City.

View Profile
We are hiring
Swati Vauthrin
Director of Engineering

With many years of experience bringing new products to market, revitalizing existing products and building processes to support those products, Swati Vauthrin is a powerhouse. Before joining BuzzFeed as the Director of Engineering, Vauthrin held positions at ESPN and Walt Disney.

Barbara Mucha heads up the engineering team at Place IQ, a location intelligence service that enables advertisers to reach mobile audiences for brands. Mucha has over eight years of software development experience and has held positions at Goldman Sachs and Anheuser-Busch.