The professional recording studio can now be found in virtual reality 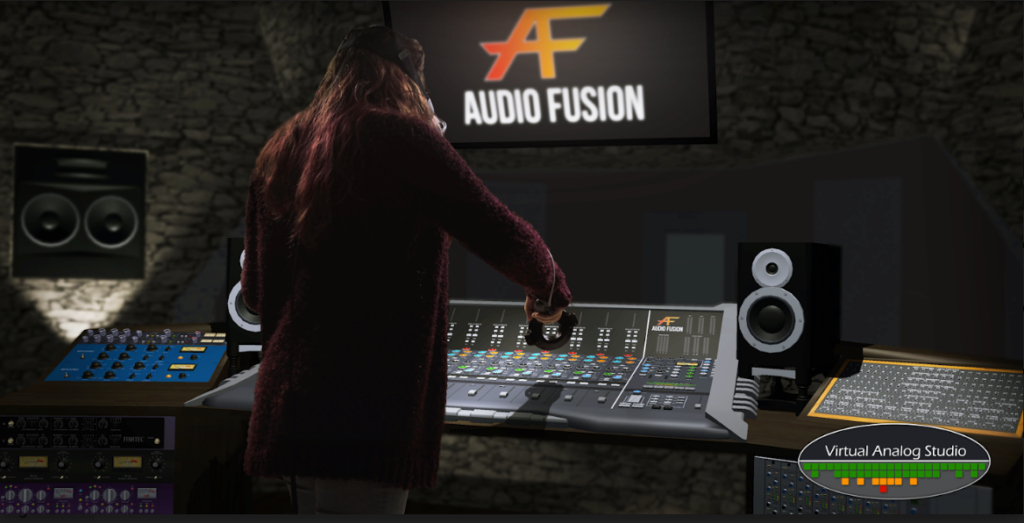 Music recording equipment is expensive, and it’s rare for anyone other than top professionals to have regular access to a recording studio. So, how is a young, ambitious sound engineer going to learn how to use all that equipment? Go virtual.

“Being able to sit next to a million dollar recording studio setup is a big deal, even today,” Sam Fisher, CEO and Founder at Audio Fusion said. “Our virtual approach is going to offer a remarkable experience for a lot of people.”

Audio Fusion is bringing the professional recording studio into the virtual world. Their software, which offers either a 2D or 3D VR experience, puts millions of dollars worth of sound equipment into the hands of anyone with a computer.

“It's a tool that enables people to understand the recording and engineering process,” Fisher said. “It’s definitely a useful tool for anyone who wants to deepen their understanding.”

Fisher created Audio Fusion right out college, where his first-hand experiences with how difficult it was to get his hands on the studio equipment he was supposed to be learning frustrated him. He taught himself how to code and created his own tool, an early version of Audio Fusion’s virtual music studio software.

Now, Audio Fusion is operating in private beta and is planning on opening up to do a public beta of the 2D version of their software by the end of January. While Fisher said the software is fully operational, you’ll have to wait until later in the year to see their studio in virtual reality. When it's released, the company plans on operating a freemium subscription model, with a free base functionality and a monthly or yearly subscription for full access.

Want to share your company's story? Email us here.