How Body Labs is using machine learning and AI to alter the future of fashion | Built In NYC Skip to main content
Loading... 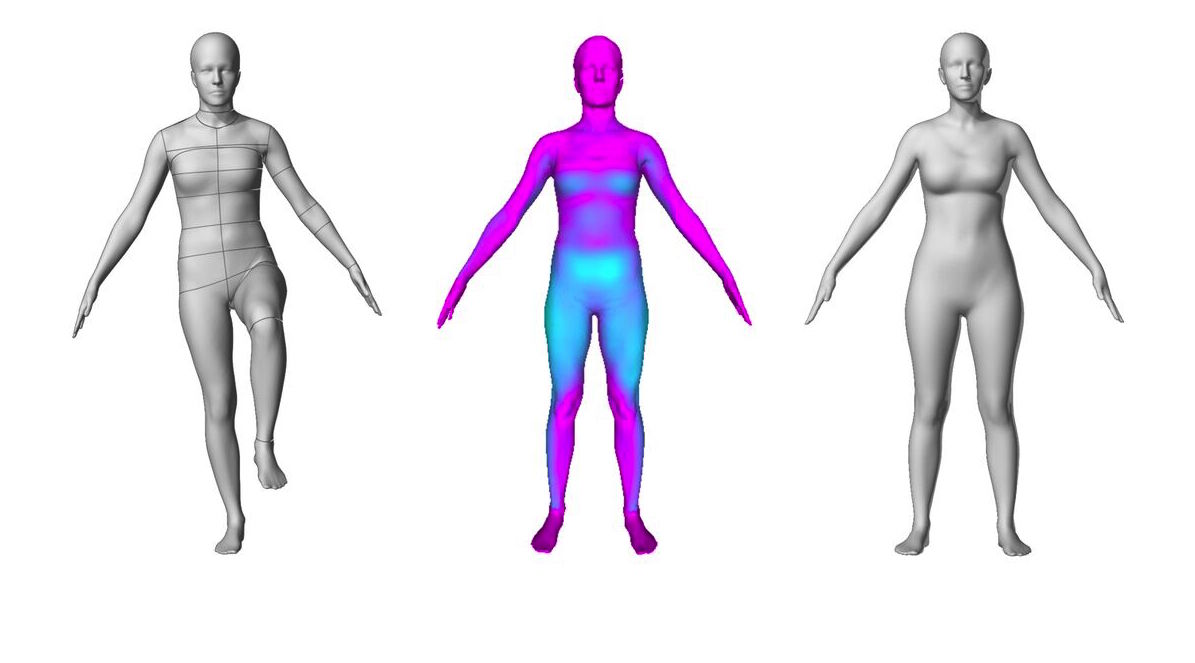 In 2002, Dr. Michael Black was researching how to create statistical models of the human body and preparing to teach a course on computer vision at Brown University. However, before the course began, the Virginia state police contacted Black with hopes of utilizing his research to identify a perpetrator in a robbery and murder case. Black took the opportunity to change his course syllabus to focus on identifying human beings through computer vision techniques and, ultimately, the class’s research helped to confirm the perpetrator’s height.

It also became the basis for his next venture — Body Labs.

The Manhattan-based company was officially founded in 2013 by Black, along with Bill O’Farrell, Eric Rachlin and Alex Weiss, who launched Body Labs with a shared mission to translate the human body onto a digital platform by collecting, digitizing and organizing body shape data.

Body Labs takes any input — whether that’s 2D photos, 3D scans or actual body measurements — and predicts full, 3D visual body shapes through customized avatars. The implications of this built-out technology are massive, spanning not only commercial opportunities in fashion and apparel, but fitness, gaming, health and manufacturing.

For example, the company is exploring beyond how augmented reality can be used with facial detection, and instead experimenting with consumer facing applications that can apply to your entire body. The company is currently working on building its own standalone application and is also in talks with social networking companies and gaming companies for potential partnerships.

Body Labs has really stepped up to the plate in the e-commerce space, which takes a hit when in comes to online returns. As of 2015, the retail industry lost a whopping $643 billion globally, with the apparel sector losing $62 billion globally in clothing returns due to lack of fit. Currently, the company is primarily focused on working with apparel companies to effectively analyze what their customers look like on a one-to-one transaction level.

“If you think in terms of apparel, you take a normal photo of yourself, and you can use that for online shopping,” said Director of Marketing Jon Cilley. “Not only will you get clothing that will fit you, but you will also get clothing customized around your body shape. That’s not only important and valuable to consumers directly, but to businesses themselves.”

To this end, Body Labs can analyze what people actually look like with the retail industry’s current set of size measurements, and if new sizes need to be created from a design perspective.

Body Labs now counts 35 employees on its team, which largely consists of engineers. The company’s office is located near Union Square, with easy access to New York’s wealth of apparel companies.

“We’re still focused in the apparel space, so being in one of the fashion capitals of the world has been instrumental in guiding where we need to focus our initiatives,” said Cilley. “We’re taking an industry that’s remained static for the past 200 years, in terms of measurements and fit models, and we’re looking at how we can make things more efficient and digitize those efforts to help people move faster and get more accurate results.”