Everyone deserves a break from their day-to-day every now and then. That’s especially true in startup culture, where the days are long, and scaling quickly could mean breaking off into silos. A getaway with the entire team is an opportunity to come together, reboot and — wear matching onesies? 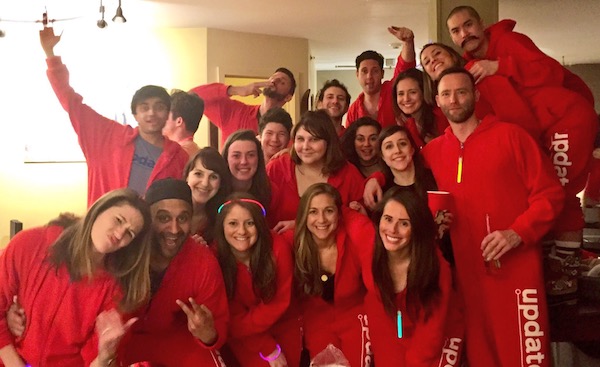 Updater is a company that takes care of all the tedious administrative tasks associated with moving. By hosting two company-wide retreats every year, they’ve built a team who identifies more as friends than as colleagues. Marketing director Jenna Weinerman has been to six of them to date, and shares exactly what they’re like.

We organize company getaways twice per year – in the winter, we head to the mountains to ski, and in the summer we head to the beach for a little warm weather relaxation.

Our January 2017 trip to Killington was especially fun. As a gift for all team members who attended, we purchased head-to-toe, bright red fleece onesies. After wearing them for most of the night around the house, we decided to take them for a spin in public. We arrived – 35 of us at once – at the most popular bar in Killington in our new outfits. The band paused, heads turned, and needless to say, people bought us a lot of drinks!

Believe it or not, the beach houses we rented last year are too small for us this year (yay, growth!), so we’re taking over a mansion venue in Westchester later this month. 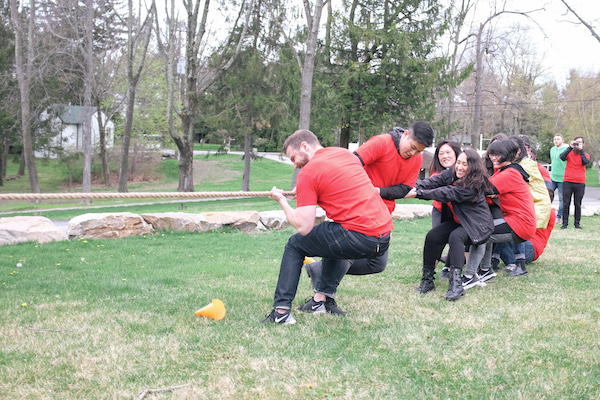 Justworks
View Profile
We are hiring

JustWorks is a product that provides users with seamless payroll, great and affordable benefits and comprehensive compliance coverage. They hold annual retreats as a way to facilitate team bonding and escape the city for a bit. Head of HR Erika Cartagena told us more about their team getaways.

Justworks holds annual retreats that are typically held on beautiful campgrounds. There are a myriad of opportunities to connect and engage in team building activities ranging from kickball to ropes courses and dancing.

There was a Justworks Olympics with prizes which was so much fun! There was an amazing turnout with 100 of us in attendance. One of the best parts was just sitting around the campfire and speaking with colleagues about topics unrelated to work. It’s made such a difference in the way we connect and communicate with one another. 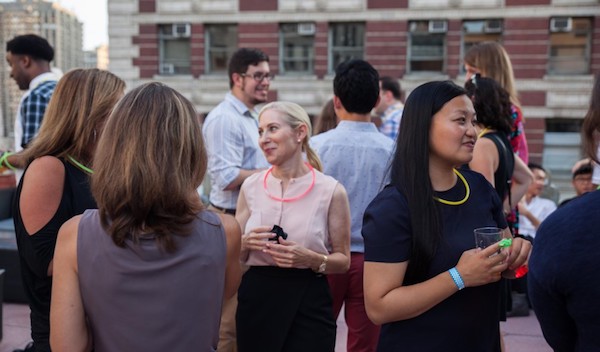 AbleTo is a tech-enabled provider of behavioral health care. We caught up with John Pelle, head of external affairs and communications, who explained that the best teams at work are composed of people who connect on a personal level. Retreats like the ones AbleTo organizes for employees are a great way to build that connection.

We organize large events at least two to four times per year. We’ve used a range of venues, from penthouse spaces with views of the NYC skyline, to more intimate venues like billiards halls or private bowling lanes.

Once, we went to a penthouse and one of our IT employees showed off a hidden talent – breaking out turntables and spinning for the party. We also still talk about the time we booked the private game room in the back of Lucky Strike, and one of our quietest developers surprised everyone when he ran the ping pong table the entire night. He played with his paddle upside down, so he must’ve known what he was doing.

We'll be taking to the Hudson on a Yacht at the end of this month.

Get Alerted for Jobs from AbleTo Inc. 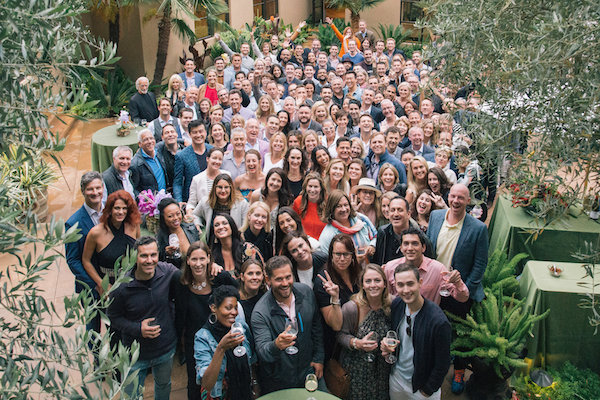 Compass is a real estate platform that pairs real estate agents with technology to improve the search and sell experience. They organize events for employees when there’s a new office launch or other company achievement, and they don’t hold back. A spokeswoman at Compass gave us some insight into what a company retreat with staff and agents is really like.

There’s no set schedule for our events — they’re planned when we see an opportunity to celebrate an achievement and bring together all of our staff and agents across the country. So far, we've held events in the Hamptons, Aspen, San Francisco and LA.

Our most recent event in San Francisco brought together over 300 members to celebrate our new office opening there, as well as several big achievements for the company. The three-day event included a cocktail party in our new San Francisco Flagship office, a tasting tour in Napa followed by a cocktail party at one of our Napa agents' on-market properties in Napa Valley and finally a sail through the San Francisco harbor. It was an exciting moment that seemed to bring everyone closer together.

We'll be in Boston at the end of July.

Get Alerted for Jobs from Compass