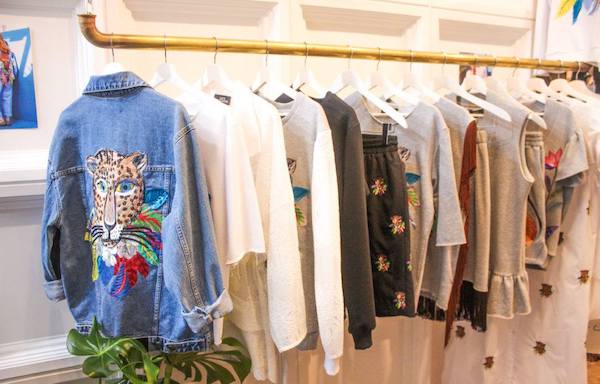 There’s a reason Fashion Week takes place in New York City. New York is one of the fashion capitals of the world, and as a result is home to some of the most innovative startups in the space.

ShopDrop, the brainchild of former Estee Lauder employee Estee Goldschmidt, is something of a savior to those looking for designer clothes on a budget. The app curates sample sales in the city and gives users exclusive discounts and promotions. Not only is that great news for your wardrobe, but it’s also a major win for fashion brands with an abundance of supply.

“We’re solving a problem on two sides. On one hand, brands are overloaded with excess inventory and don't know how to communicate to the right consumers. On the other hand, people want to know when and where sample sales are taking place,” said Goldschmidt, the app’s CEO. “ShopDrop lets users view sample sales, add them to their calendar and share with friends all in one place.”

Goldschmidt’s love of fashion, coupled with her startup experience, led her to create the app. Working with William DeMuro (who is now the CTO), the pair combined their tech and marketing backgrounds to get the company off the ground. One of their first stops was the NYU Entrepreneurial Institute.

“The institute was instrumental in ShopDrop's development,” said Goldschmidt. “We went through the Lean Launchpad program this summer where we interviewed over 100 potential consumers. These conversations gave us a lot of insight into developing the program, and the team at NYU pushed us to make necessary internal changes.”

From there, the team won funding through a number of competitions and secured a revenue stream to support them as they look to complete a larger round of funding. They’re now focused on tripling their number of monthly active users in the next six months and raising a pre-seed round — and giving all of their attention to NYC.

“Currently, we list sample sales in New York, LA, San Francisco and London, but we’re cutting off the rest of the cities to focus on NYC for the coming year. We'd rather have 10,000 avid users centralized in NYC rather than scattered groups of 50 in random locations,” Goldschmidt said. “We also want to solidify relationships with brands in the city and build relationships with users so we can offer them more value.”