The Helm launches to give the male-dominated investments world a makeover | Built In NYC Skip to main content
Loading... 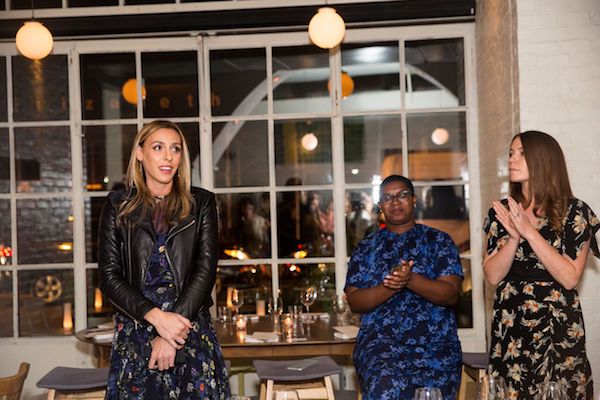 Often considered a boys’ club, the investments world is getting a makeover.

Meet The Helm, a newly launched community and venture fund founded by three women on a mission to shrink the gender gap in the VC space. When co-founder Lindsey Taylor Wood noticed that women as a whole seemed to be more comfortable donating money than they were investing it, she, along with co-founders Erin Shipley and Emily Verellen Strom, decided to create a business model that made investing more approachable for all genders.

“Experience investing,” as it’s called, offers events and educational content to give investors more transparency into where their money is going. With The Helm, participants purchase a membership and get access to opportunities like behind-the-scenes tours with founders and exclusive educational content that helps them invest more intelligently.

“By challenging deeply ingrained norms around men investing their money and women, more often than not, giving their money away, we can get new investors to the table, activate a new pool of capital and further realize the type of systemic change we are seeking,” said Wood, who has a decade of experience in the gender equality movement.

In addition to creating a community for female investors, The Helm will invest in high-growth tech startups with female founders and back eight to 12 seed-stage deals per year with an average investment size of $200,000. Wood noted that an emphasis on female-led innovation has a ripple effect that could change more than just the way people invest.

“The companies being supported by venture capital increasingly affect — and in many ways, dictate — the way we live our lives day to day. They impact how we communicate with each other, get information and buy and sell things,” she explained. “We need companies, cultures and products that work for all of us. And we need a more nuanced understanding of how and why social, cultural and political outcomes are tied directly to the companies we invest in.”

This comes during a time when gender discrimination is rampant in the industry. According to a Pitchbook report, female founders currently receive 2.4 percent of all venture capital dollars invested in the United States. Wood noted that the only way to improve these stats is by focusing directly on female entrepreneurs and investors — and sustaining these initiatives.

“We’ve encountered a staggering number of people who feel that, because we are in the midst of a cultural conversation around sexism and misogyny in Silicon Valley, somehow the problem has been taken care of,” she said. “Creating systemic change requires sustained action; it requires hiring, mentoring and investing in women. It requires different investors, vehicles, voices and approaches to both funding and innovation. The Helm is tackling all of those things, and we are in it for the long haul.”