Trusted connection: How Paxos is tapping into the possibilities of blockchain

When Paxos Co-Founder Chad Cascarilla first learned about Bitcoin in 2010, it wasn’t worth more than a few pennies.

Today, that same cryptocurrency is worth quite a few more pennies — and Paxos is using blockchain technology to help companies move millions of dollars in those digital assets in a safe and trusted way. We spoke with Chad and three team members about the potential of blockchain and what they’re doing to realize it.

Paxos
View Profile
We are hiring

WHAT THEY DO: Paxos builds products using blockchain to make it easy for users to instantly move assets any time, anywhere.

WHERE THEY DO IT: New York, Singapore and London

EARNING TRUST: Paxos became the first regulated blockchain company after it received a banking trust charter from the New York State Department of Financial Services in 2015.

COMMUNITY INVESTMENT: Employees are encouraged to volunteer in the community and participate in community-building events, like Pride celebrations, birthday and anniversary parties and their avocado bash, the Guacamole-Off. 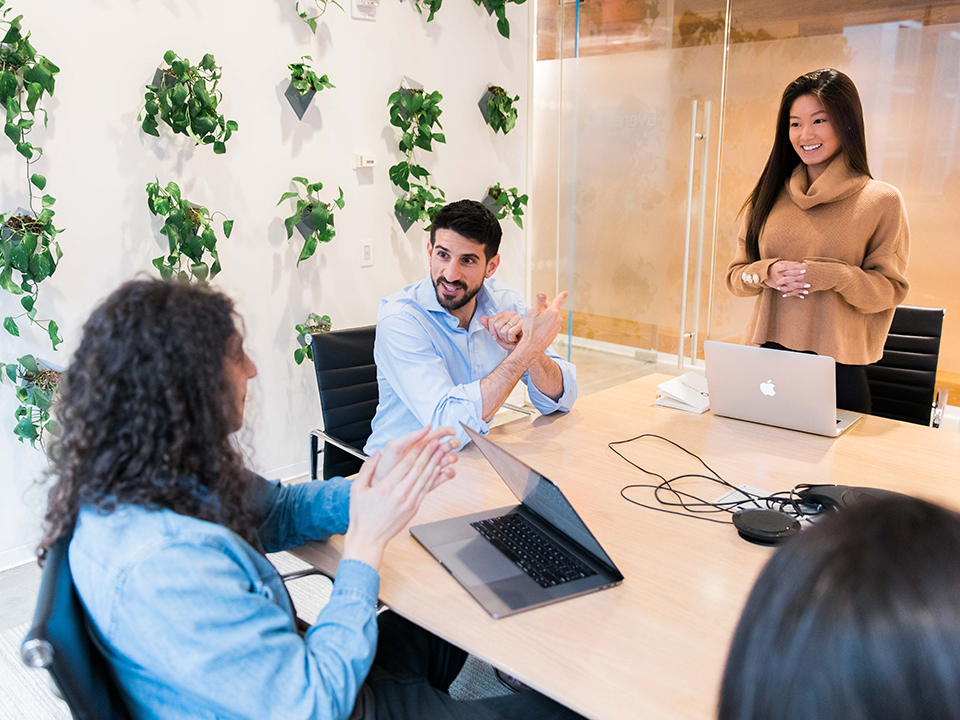 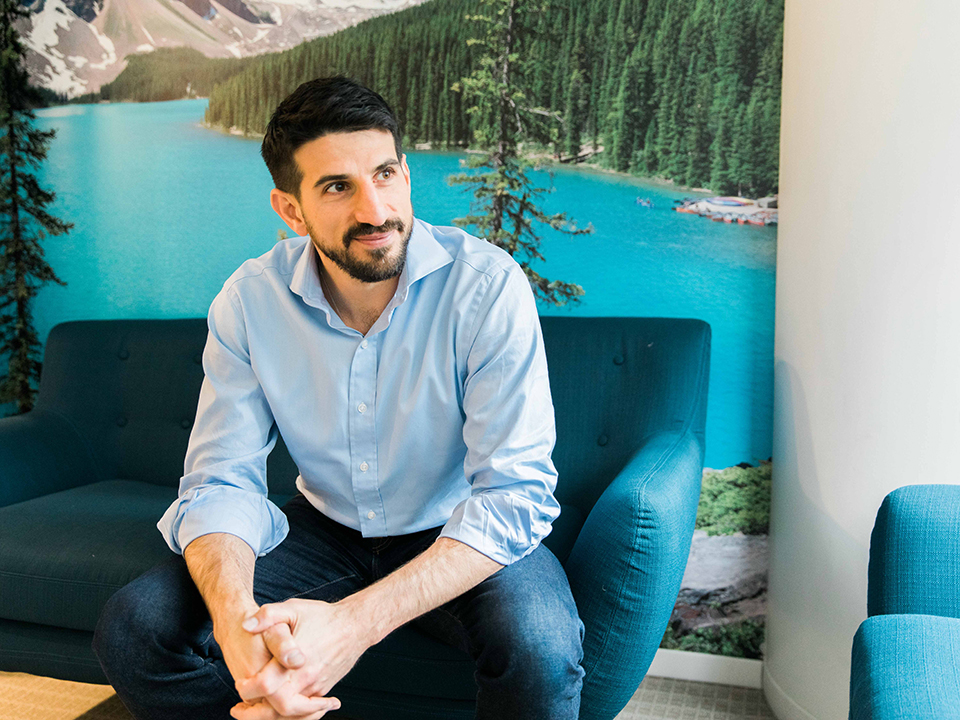 Chad co-founded Paxos — first called “itBit”— in 2012. His goal is to enable companies to move digital assets any time in a trusted way. While the products his teams build are digital, he makes sure they’re solving real-world problems.

BEYOND WORK: Chad doesn’t sleep on the power of naps. When his battery runs low, naps give him the boost he needs to do his best work and be an attentive father and husband.

At what point did you realize you had a successful idea in Paxos?

I first heard about Bitcoin in the spring of 2010 when it was worth 3 or 4 cents. I had no idea how valuable the coin would become, but I felt the power of the concept of distributed, digital assets. We started Paxos — then called itBit — in 2012, and three years later we received our banking trust charter from the New York State Department of Financial Services, making us the first regulated blockchain company. We’ve always been focused on making it possible to move assets digitally in a regulated way so that traditional institutions could also adopt these new technologies.

The speed of execution and rate of market adoption have been unprecedented for us as a company and for cryptoassets.”

What was a major turning point for Paxos?

We’re in the middle of a major turning point with the momentum we’ve built with our stablecoin Paxos Standard (PAX), which is a digital asset backed by the U.S. dollar. The speed of execution and rate of market adoption have been unprecedented for us as a company and for cryptoassets. Within a few months since launch, PAX has been used in more than $11 billion worth of transactions.

What do you see for the future of blockchain and finance?

Blockchain technology is going to change finance in the same way the internet changed communication. It's going to make orders of magnitude more efficient; it’s hard to overstate the amount of value that will be unlocked. 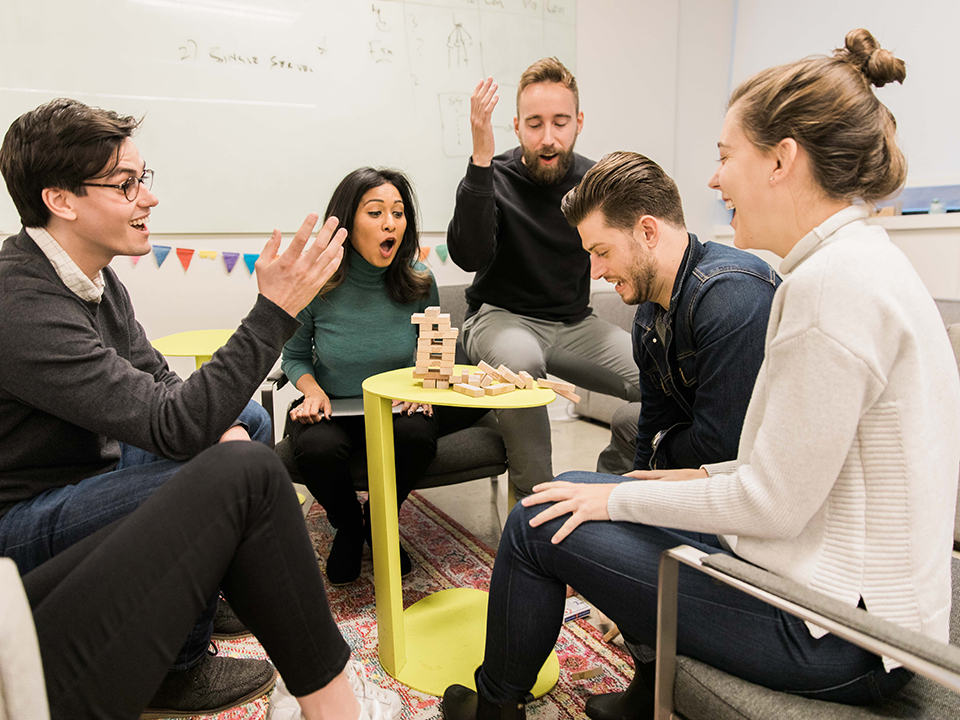 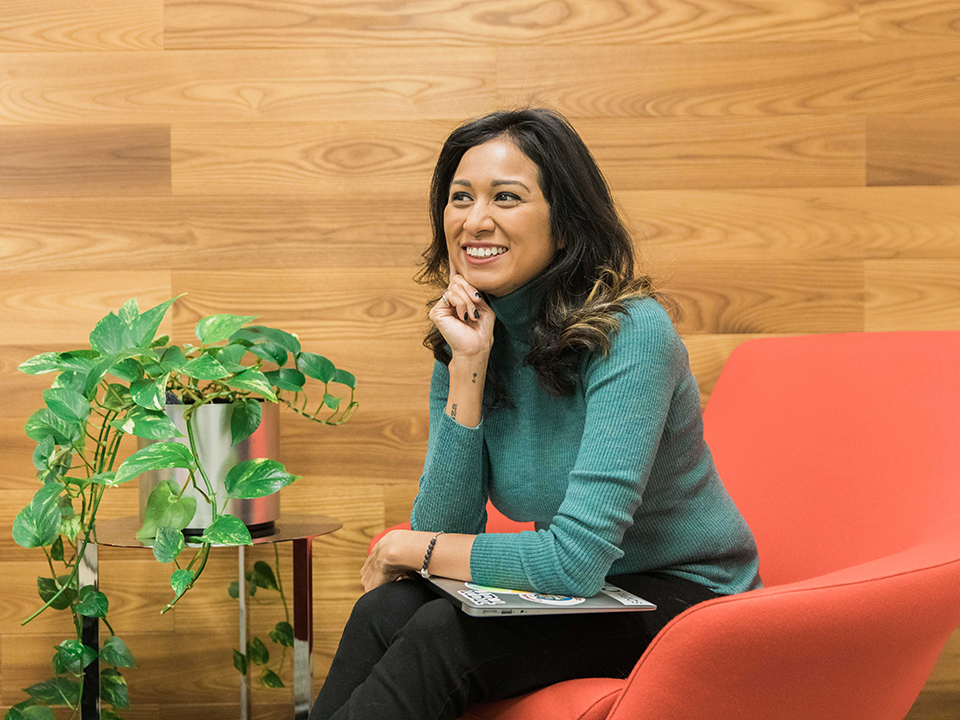 Helen works to keep the Paxos offices happy and comfortable, including managing the company’s benefits, payroll, onboarding and offboarding, and team events.

BEYOND WORK: Helen keeps her feet moving outside of work training in boxing and doing Pilates. She’s learned that sometimes the smallest movement can make the biggest impact with enough focus.

How has Paxos’ culture evolved from when you first joined?

When I first joined, the People Team consisted of two people — we now have 11 and counting. With more team members, there's a greater opportunity to bounce ideas off one another and innovate. One of the first projects I took on with the influx of new hires was fully transforming the kitchen, replacing soda and junk food with healthy, all-natural snacks. We've seen a huge increase in productivity and fewer individuals crashing at 3 p.m. from a mid-day sugar crash.

From a cultural perspective, it starts planting the seeds for an ‘all for one, and one for all’ mentality.”

How have you evolved the onboarding and offboarding program?

We created a new onboarding program this year. We introduced new hire trainings and began new traditions like “rookies’ cookies,” where new hires bring in treats to share at their desks as a way for teammates to drop by for a treat while introducing themselves.

We also set up new hires with team buddies, coordinate lunch with their managers, and fill their desks with plenty of Paxos swag. Onboarding will never stop evolving.

What advantages are there with the new onboarding process?

From a logistical perspective, it creates greater accountability from all the stakeholders in the onboarding process. IT, hiring managers and myself prepare for onboardings weeks in advance. From a cultural perspective, it starts planting the seeds for an “all for one, and one for all” mentality. We want everyone’s first day to bring out the best in them. 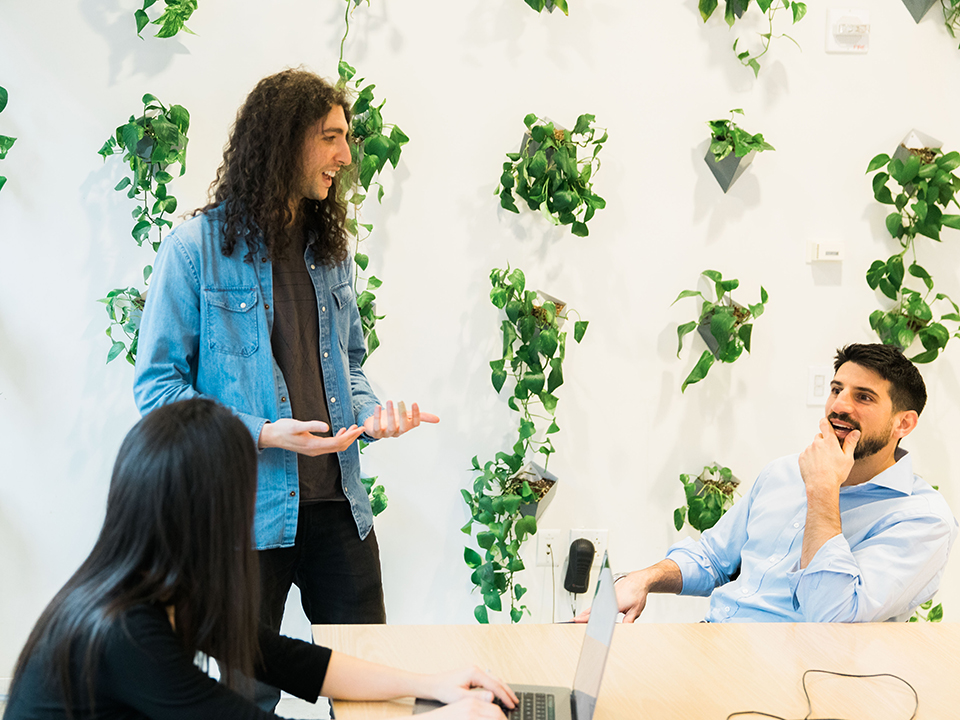 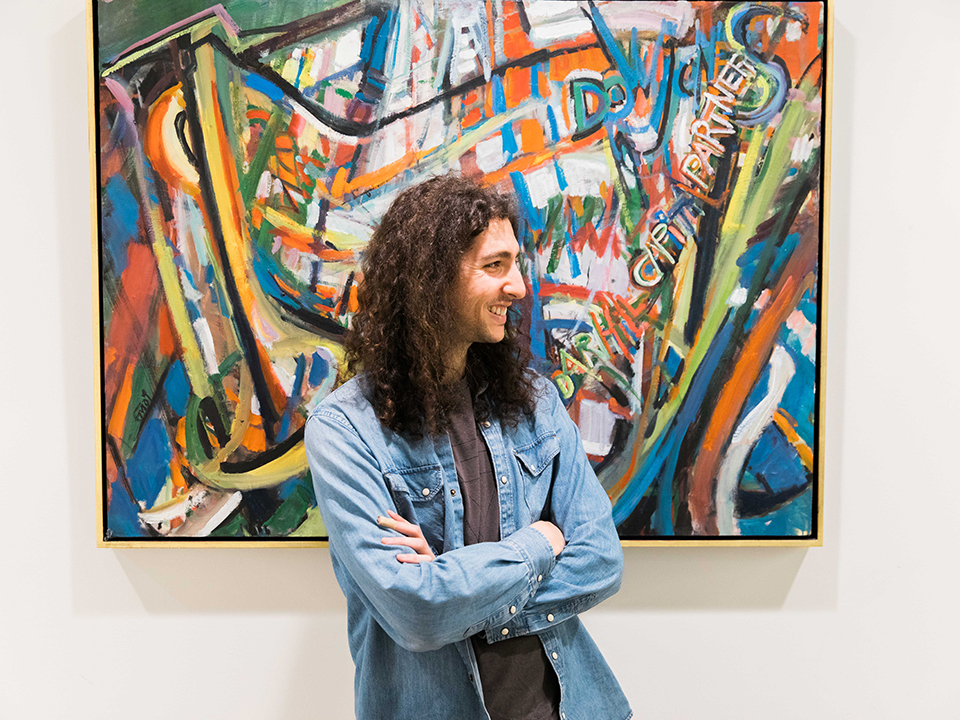 Ilan works on the depository team, which is responsible for integrating Paxos into the legacy financial system and cryptocurrency blockchain networks. As a senior software engineer, he breaks down the company’s goals into digestible tasks for his team to tackle.

BEYOND WORK: Before Ilan helps his team summit large tasks, he likes to start his days rock climbing in Long Island City.

Out of the projects your team is working on, what excites you the most?

We’re in the process of unifying some of our product offerings in architecture and systems, which requires collaborative cross-team projects. It’s exciting to think on our feet and be nimble and efficient to implement solutions that can provide value to multiple teams. Our team must provide a service that is abstract enough to be consumed by multiple projects but not to the point that it is over-engineered and complex.

What do you see for the future of blockchain?

Blockchains are most useful at the intersection of a transaction between parties. Large institutions can settle trades almost instantaneously on a blockchain with minimal fees while retaining trust in the counterparty, whereas the current settlement time takes three days and costs billions of dollars in fees.

It’s exciting to think on our feet and be nimble and efficient to implement solutions that can provide value to multiple teams.”

How does Paxos incorporate employees in its growth plan?

Developers are encouraged to get involved with aspects of the business where they can help. I’m often brought into meetings that are more product-focused to bring a different perspective and help define a product. We also have cross-collaborative groups focused on different aspects of the business with the purpose of solving problems with multiple perspectives in mind. 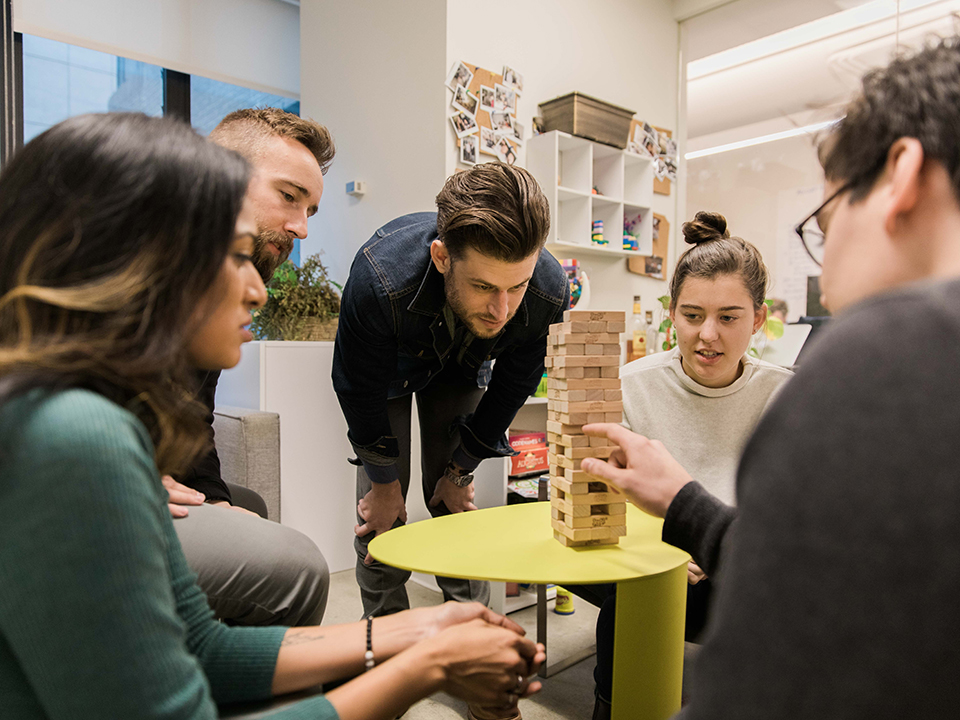 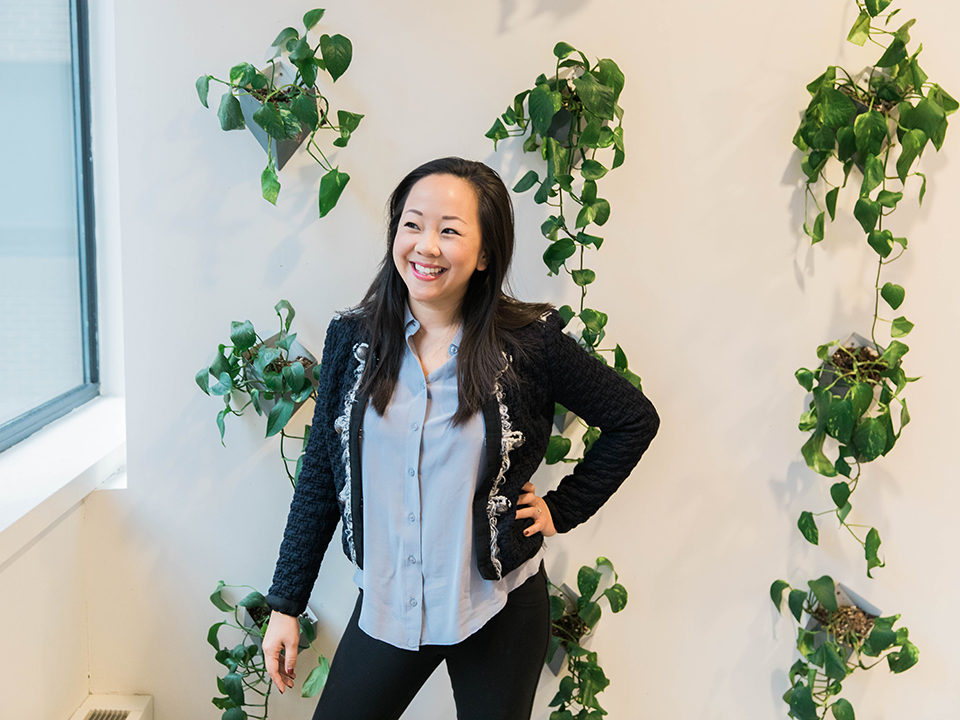 Dorothy oversees a small but rapidly growing team that communicates the Paxos brand to the world.

BEYOND WORK: Dorothy has two children at home who keep her busy.

What processes do you have in place to establish or maintain Paxos’ brand?

We’re in building mode and constantly working on establishing our brand and voice. We’re a small team with big ambitions, so we have a lot on our plates as we develop new processes. Each morning, our team kicks off the day identifying the most influential tasks we can tackle that day.

These past few months, our team has seen a substantial spike in interest for the cryptoasset space, and it’s my job to ensure that Paxos stays at the top of the radar.”

What’s a major pivot you’ve either helped lead or are helping to lead?

I’ve been building out the marketing team from scratch. These past few months, our team has seen a substantial spike in interest for the cryptoasset space, and it’s my job to ensure that Paxos stays at the top of the radar. Our marketing team has played a pivotal role in leading our Paxos Standard (PAX) stablecoin product launch and announcing the expansion of cryptoasset offerings on our itBit exchange.

What are you looking forward to next for Paxos?

We have the opportunity to establish what our brand is and what we can do for the world. Paxos is making it possible to instantly move money and other assets anywhere, and we’re changing the way that finance works as we know it. So, we’re aiming for that sweet spot between being seen as disruptive and innovative while also reliable and trustworthy.