At Frame.io, backend engineers own the future. They’re building a powerful iteration of a platform ready to meet production needs — now and later.
Written by Adrienne Teeley

Frame.io might be headquartered in New York, but its team is living somewhere called “Future Land.”

Or, at least, that’s how Jackie Meggesto described the work the backend engineering team is currently immersed in. While the company was founded in 2014, it’s never stopped reimagining what the future of video collaboration could look like.

Take one of the team’s recent launches: Camera to Cloud, which allows production teams to share as-it-happens footage with their collaborators — even if those collaborators happen to be half a world away. It’s a product neatly primed for a post-COVID-19 world, one where people are distributed and cloud technology reigns supreme.

While the tech industry will always strive for the latest and greatest, members of Frame.io’s team said they’re looking further ahead as they build a new iteration for their application, one that’s able to handle whatever comes next.

“We’re doing a lot of foundational work to build something that’s flexible for the future. That involves using more extensible data models that will allow us to build a much more powerful application,” Meggesto said. “We’re thinking big and we need big ideas.”

We were curious about what life looks like in “Future Land.” To find out, Built In NYC connected with Backend Engineer Jackie Meggesto, Director of Engineering Keaty Gross and Senior Backend Engineer Akeem Boatswain. They shed light on the compelling technical tools they’re using, how their work has stretched their skills and what ownership looks like at Frame.io.

Ultimately, nobody knows exactly what tomorrow will bring — but there is one thing the team knows for sure.

“This is not one of those jobs where engineers are just trying to, say, make the log-in page a bit better,” Meggesto said. “We’re at the start of a fantastic journey.”

First of all, let’s talk tech. Frame.io is an Elixir shop. What is it about this language that makes it a good fit for your team, and the next iteration of the application? 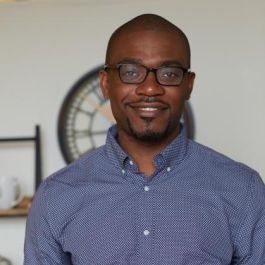 Senior Backend Engineer Akeem Boatswain: Elixir is a language that you can use to accomplish a lot of complex things, with simple concepts that are easy to put together. It’s a functional language that’s not as academic as some other functional languages: It’s built to get things done. And the community is really helpful because if you encounter a problem, there’s always someone to give you ideas and prompt you in a direction to explore solutions that other people have used.

I had worked with Elixir at my previous company before I joined Frame.io. When I left that job, I exclusively looked for an Elixir position, which was why Frame.io was so appealing to me. In my first conversations with our backend architect, Zach, I could see the enthusiasm he and the team had for it. I knew I would be learning a lot by joining.

One of the reasons I love Elixir is because it enables you to build really scalable, distributed applications in a safe way.”

Backend Engineer Jackie Meggesto: One of the reasons I love Elixir is because it enables you to build really scalable, distributed applications in a safe way. If something fails or goes wrong in one part of your application, it won’t take down your entire cluster. There’s so much safety built into the paradigm, so you can write code quickly without worrying about every possible failure scenario.

Also, the creator of Elixir is really engaged with the community. He’s so approachable, he reviews people’s pull requests and takes everything people have to say seriously if they offer an idea for a feature. It’s amazing to see the creator of such a powerful language do that.

Do engineers have to know Elixir to join your team?

Meggesto: I knew the tiniest bit of Elixir, but it was mostly a new experience when I joined. It was really easy to get up to speed though, because there’s such an elegance, power and simplicity to the language, and it doesn’t have a billion features tacked onto it. There’s a lot of instances where, if you just spend time looking at it, it sort of teaches you how to use it. 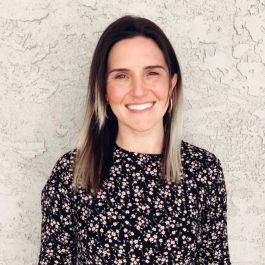 Director of Engineering Keaty Gross: I value hiring people with dissimilar experiences, who can come in and bring their unique technological expertise. To do that comfortably, you need to hire people who excel at mentorship and are eager to share their experience with others.

Inside the back-end tech stack...

Tell us a bit about Frame.io’s core value “get yourself up the curve.” How do you see this value take shape in your daily lives?

Boatswain: To me, it means always pushing yourself to be better. It benefits you and your team because that knowledge you gain is always transferred. Being around people who are always learning, you learn through osmosis.

The most recent example of this was teaching myself how Elasticsearch worked to resolve some issues. As we increase our new features, we wanted to rely more on Elasticsearch as a support system, so I had to dig deeper into learning about it to enable those features on the platform.

Being around people who are always learning, you learn through osmosis.”

Meggesto: I also had to learn about Elasticsearch recently for query-based search systems, and all of the cool ways to process text and configure options. I taught myself and then I had the opportunity to teach it all to someone who recently joined my squad, which was really fun.

To me, “get yourself up the curve” is really about exhausting every possible avenue on your own before calling someone else for help. Software is a collaborative process, but the more groundwork you can do for yourself and dig into a problem, the smoother things go.

Gross: We're not going to build what we want to build if we aren't constantly educating ourselves about what our opportunities are to make the next thing we build better than the last thing we built.

On that note, I always tell people who are early in their careers to ask others how they know things. Because when you talk to someone more senior, like Jackie or Akeem, how they know all of this tech, the answer could be, “Oh, I just learned this two weeks ago.” That makes the whole process feel less daunting when you realize that senior developers come by their knowledge the same way everyone does.

How has your work on the team helped you further your skills and your career goals? 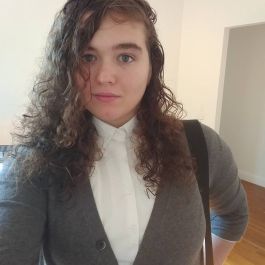 Meggesto: On my squad, we have a lot of ownership around the notifications experience, like getting emails from Frame.io and seeing in-app notifications. I’ve come to be the prime maintainer in that area.

When you’re given ownership over something like that, it really forces you to think about the feature from more angles because you’re not just considering how to accomplish an individual task. You have to think about all of the potential little integration points and what could go wrong. It motivates you to nurture and tend to your responsibility. It’s like a potted plant, except it’s code. And like potted plants, code can be very finicky.

Boatswain: I agree. At Frame.io, even though ownership means you have to think about all of the integration points, you’re not the only person who knows about them. There are lots of processes where we disseminate information that we learn, whether it’s writing briefs, getting input from other developers or listening to a team member’s presentation. We make sure everyone understands exactly what’s going on, so if someone needs to jump in, they aren’t starting from zero.

This is a company where I’ve experienced the highest degree of both individual ownership and collaboration.”

Gross: Out of the places I’ve worked, this is a company where I’ve experienced the highest degree of both individual ownership and collaboration. Implementation isn’t happening in a vacuum — there are a lot of opportunities to pair with other people who will make time for you because they want to ensure the solutions are good, or because they will impact something they’re going to do in a month. There’s a high degree of interest in what fellow developers are doing, and autonomy in project leadership doesn’t lead to isolation.

A product trusted by pros

For evidence of Frame.io’s impact, simply browse the company’s client roster and you’ll find it stacked with media powerhouses like HBO, Masterclass, Google, TED, Buzzfeed and more. Looking for more star power? Production teams on “Conan Without Borders”, “Get Out”, IFC’s “Documentary Now” and more all leaned on Frame.io to accomplish the extraordinary during pressing production schedules.

What’s next for your team? What are you excited to accomplish?

Boatswain: I’m excited to see our work in front of users. I like the feedback we get from them, and we learn what needs to be improved. I like to see how well we hit the mark for what our customer expects, and what we can work on next to improve our product even more.

We get to learn so much and gain experience developing things most engineers normally wouldn’t. That in and of itself is exciting because we know we’re going to learn something new and have an impact on our users. I think that’s why I like Frame.io so much, because with our products, you can see the direct impact on customers and hear their feedback, which feels good.

We get to learn so much and gain experience developing things most engineers normally wouldn’t.”

Gross: There are no boring projects here right now. There’s nothing that we’re working on where I have to say, “Sorry, you got the short straw and have to work on this.” Everything is interesting and high stakes.

It’s an exciting time to join us, if you’re interested in what it looks like to take a successful startup to a scaled enterprise-level startup where the product is validated, your customers love you and they only want you to build more features to be part of their development process. It’s an exciting place to be because we’re helping creatives have an easier time creating.

Get Alerted for Jobs from Frame.io
Responses edited for length and clarity.