Rent the Runway’s new Brooklyn space is a magnet for employees, spurring creativity and innovation where they will convene two days a week.
Written by Adrienne Teeley

Allison Kinney took in the view of the Manhattan skyline, half-listening to the laughter and shouts of surprise as her team explored their new office space after nearly two years of interacting entirely on Slack and Zoom. Surrounded by comfortable furniture, colorful accents and more than a few plants, Kinney couldn’t help but feel like she was home.

Or maybe the feeling was that she wasn’t at home. After three years of designing and building Rent the Runway’s new office — a dynamic multi-level hub in Brooklyn with an unbeatable view — the day had come when she could finally show it off to the New York team. And judging by their reaction, it was a hit.

“The biggest reward of doing a project like this is seeing that people are happy to be here,” Kinney said.

As companies across every sector grapple with how, if at all, to bring employees back from remote work, enthusiasm over returning to an office isn’t a given. But according to Vice President of People John-Paul Sukkar, Rent the Runway is taking a nuanced approach with its return-to-work plan. Sukkar said they’ve outlined policies that aim to boost culture while maintaining some of the flexibility of remote work. And to him, the new office plays a key role in transitioning the team into the new era.

“We think of the office like a magnet, creating space and energy that draws people in,” Sukkar said.

Since the office’s unveiling, employees have been given the option to finally work in the space, an offer that’s already been taken up by many, said Sukkar. After all, the team has waited long enough for impromptu huddles, group coffee runs and kinetic brainstorm sessions — all of which they can now do in a tailor-made environment that encourages creativity and versatility.

Tell us about Rent the Runway’s return-to-office plan. Why is it important that employees go into work? 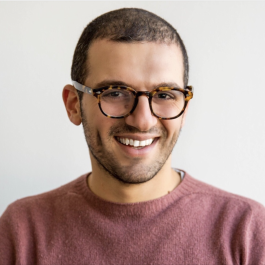 Vice President of People John-Paul Sukkar: You don’t have to come into the office just to prove that you’re working. That’s not who we are, and never has been. It was easy for us to communicate that returning to the office isn’t about getting in facetime or being in the office for the sake of it. Being together in person is about creating connections and building trust. In person, things can flow organically. Some of our most transformative business ideas have come from people who’ve overheard a conversation and made a suggestion. You lose some of that when you’re fully remote.

In person, things can flow organically.”

Our strategy for returning to the office looks like a hybrid mix. Our future vision is to convene collectively as a company in-office two days a week. We’ve taken into account our learnings from being remote. People are productive working from home and can tend to other aspects of their life, like spending more time with their kids. At the same time, we want to unlock the best of our culture, which we think is enhanced in person.

How did you go about designing the space? What were your main goals with the new office? 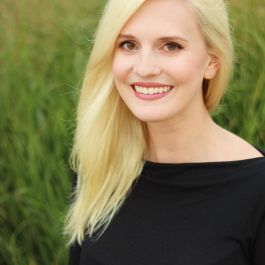 Senior Manager, Office Expansion & Culture Allison Kinney: When we were first designing the space, we went through a robust feedback process with our team to understand what their needs were in terms of meeting rooms and social areas, but also what people’s aesthetics were. We wanted to hear from everyone to ensure they felt like they had a stake in what we’re building, knowing this would be the future hub that brings us all together.

We spent about six months being thoughtful about how we were going to use our space. It was a great opportunity to solve some of the problems we saw in our old office. We wanted this space to feel like a value-add in people’s working lives but also their personal lives. It feels like you can do any type of work here, however big or small, while interacting with the broader team.

What can gathering in-person, even for a couple days each week, do for company culture?

Sukkar: Overwhelmingly, the number one thing our employees say about Rent the Runway is that they love the people here. In our old office, pre-Covid-19, we’d often have groups of people going out together to grab a drink or a bite. During the pandemic, we lost a little bit of that spontaneity of people just getting together and being social.

Last week, a few of us on my team were wrapping up work in the new office and decided to head up to the terrace. We all just hung out for about an hour after work with music playing, and it felt just like going out to catch up with friends. The space just transformed into that environment for us seamlessly.

The number one thing our employees say about Rent the Runway is that they love the people here.”

So much creative work can happen spontaneously. How does the space allow for quick, on-the-fly collaboration?

Kinney: The beauty of this space is that you don’t need to be in a typical conference room to actually work with your team. We’ve introduced new open meeting spaces, like lounges interspersed throughout our desk areas with rolling whiteboards, monitors and supplies.

We designed our pods of desks with small huddles in mind, which is why each pod has endcap seating that functions as a touchdown spot. If you need to pair with someone but don’t need a room, there’s a seat there waiting for you.

We also have new, collaborative areas we’ve never had before. We have a library, waterfront breakout seating and phone booths scattered throughout the office. There’s also a creativity room, which is a tech-free space for people to come together and really brainstorm. It has some mirrors, soft seating and lots of colors because it’s meant to inspire. We have everything you could need, and our spaces are truly agile. I think that’s true to who we are as a company.

A runway spanning the Atlantic

While Brooklyn may be Rent the Runway’s newest hub, Kinney has also helped launch a new office for the company in Galway, Ireland.

How will the new space adapt to changes down the road?

Kinney: Our business is constantly evolving and adapting. Our spaces need to keep up with us, especially as we go into the future of hybrid work.

One feature we designed very intentionally was tying together multiple town hall systems, so when we gather together five or 10 years down the road, we don’t have to worry about fitting in any given space. Now, we have a new town hall system where we can seat hundreds of people and have an ancillary system on the amenity floor that we can use as spill-over space.

We have a few unallocated spaces as well, because we wanted to leave ourselves a bit of room to learn about coming back to the office and what we might need to change in the future. That’s really the bottom line of how this space was designed: Knowing that our space may need to look different even two years from now. We want to make sure we can make those changes in real time.

Many companies are still grappling with what their return-to-work plan looks like. What did Rent the Runway do well, and how can other leaders learn from your team?

Sukkar: You have to know who you are as an organization. Sometimes that requires introspection, and understanding your core value proposition and why people want to work there.

The other key is really listening to your people. There’s no benefit in laying down a rule that makes no sense or doesn’t reflect the people who work within the organization. Sometimes, you have to make tough decisions. But as long as those decisions are rooted in your company values and what makes the team thrive, that’s a recipe for success.

Jobs at Rent the Runway