Harry’s has the scrappiness of a startup but the financial stability of a large, late-stage company.
Written by Brendan Meyer

Walk into a Target, and you’ll find a section dedicated to products that are branded with the same name: Harry’s.

There’s Harry’s Body Wash, Harry’s Brightening Eye Cream, Harry’s Hair Gel, and of course, Harry’s Razors. The latter is what most people associate with the popular male grooming, direct-to-consumer (DTC) brand that began as an online subscription service in 2012.

“But razors are to us as what books once were to Amazon,” Sandeep Chouksey, Harry’s new chief technology officer, said. “Nobody solely associates Amazon with books anymore. For Harry’s, razors were just the beginning.” 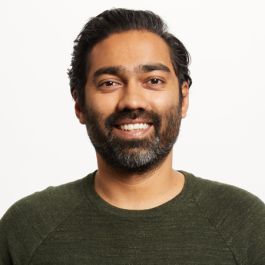 “Most CPG brands are tech-enabled, not tech-first. But most brands aren’t Harry’s,” Chouksey said. “If you can make a product or brand work in one category, then you can replicate that hypothesis in different categories across different brands. To scale that process, you need a strong technology platform.”

Example: Harry’s was able to launch its Flamingo brand in a new geography using just one developer.

Chouksey said that Harry’s has the scrappiness of a startup but the financial stability of a large company. Built In NYC sat down with the new CTO and two engineers to learn more about what it’s like to work at the fast-growing CPG company, and how Harry’s engineering team is using tech to disrupt an entire industry.

Why did you join Harry’s? 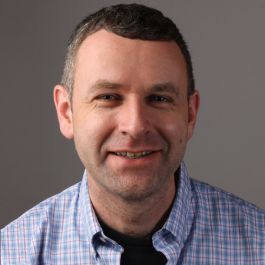 Tom Vogels, software architect: I wanted to work at a company that created something tangible. To be able to hold something that I play a part in creating is exciting. I’ll walk into Target and see the Harry’s stand and think, “Hey, I work for this company.” Back when we had interviews in-person, every interviewee was given a goodie bag with a shaving set. I was also drawn to one of our co-founders, Jeff Raider. He’s a charismatic leader, and has a strong vision for the company.

Allison Littman, senior software engineer: I was looking for a role with some new challenges, opportunity for growth, and a collaborative team. While I had familiarity with some of Harry’s tech stack, a bit of it was going to be new to me, which was exciting to me as a lifelong learner. Harry’s also advocates for and finances our learning and development, encouraging us to pursue what we’re passionate about.

Regarding the team, my interviews were, dare I say, fun. The people I met during the interview process were so welcoming and kind. It was by far the best interview experience I’ve ever had.

Sandeep Chouksey, chief technology officer: I was drawn to the stage of the company. I started my career in big tech — including Amazon and Microsoft. But then I transitioned to startups because I wanted to see what really small companies early in their evolution could do. Harry’s was at an interesting phase where they were about a decade old and were at a stage where it wasn’t just about selling one product in one channel. There was a complexity problem associated with five brands selling over 1,000 different products in multiple countries. Five brands should not mean five companies. How do you make that work at scale? I was eager to find out.

How is Harry’s disrupting the industry with tech?

Chouksey: From the very beginning of Harry’s, it’s been the story of David vs. Goliath — us going against the Gillette and Procter & Gamble’s of the world. We need the sharpest sword we can find, and I like to think that sword is technology.

All of our products launch DTC first. That enables us to have a very tight feedback loop or data loop with our customers where we’re able to quickly learn and iterate on the customer experience, both on the physical product side, but also on the digital side. It gives us so much insight into what people like and don’t like, that by the time it launches in retail, we have a fleshed-out product that isn’t just based on assumptions. It’s based on millions of customer conversations that we’re having through our DTC site.

That’s why it takes us a short amount of time to launch a new product. We’ve been able to launch newer sites in new geographies with one developer in a few weeks because we’ve built a bunch of reusable Lego blocks, so to speak, that we can just reuse and build on top of. That’s not the type of technology-first platform mindset you find at most CPG companies. It is very unique to us, because we try to think of everything as a cross-brand, cross-channel platform.

Vogels: We were able to get Flamingo up and running in Europe so fast because of what Sandeep just mentioned. We gained a bunch of customer insight when it launched as a U.S. brand. Then we just simply turned it on in Europe, because we already had distribution centers. From there, it was just a question of layering a brand on top of it. From a consumer perspective, you don’t see any of this behind-the-scenes tech that’s powering and disrupting the industry. We’re not making anyone feel like a guinea pig. You don’t get an email from us every day checking in. We are careful about how we use technology — but we drive with technology.

At Harry’s, engineers are currently working on a project called “The Forge.” It’s a front-end platform that will enable Harry’s to launch new, branded digital storefronts in days. It consists of an in-house-developed Figma plug-in, a React component library and a design system that empowers designers to style components according to flexible property definitions. These style and property definitions are then exported to a theme using the Figma plug-in. “This component theming system, along with other tech-like software development kits and easily configured layout kits for commonly used e-commerce applications, represents some real innovation I haven’t seen elsewhere,” Chouksey said.

How is Harry’s scrappy?

Littman: I think the hackathons are a great example. Since I joined Harry’s, I’ve participated in two hackathons. When Harry’s has a hackathon, we work on cross-functional teams — often with people outside of our normal day-to-day team — to build useful and innovative features for our applications utilizing the data and tools we have available to us. We’ve seen some great ideas and implementations come out of these hackathons, and oftentimes they do get rolled out. We have the capabilities and tools of a large organization, but the scrappiness to innovate and get things done.

Chouksey: Here’s an example: Headquarters (hair care) is a tiny business that launched in the last few years. If it were a company of its own, it would be a little startup. But it has the financial stability of a large company. Another example is that each of our brands has a team of its own. So the team that oversees Harrys.com in North America solves customer problems for that geography. They’re quickly launching tests and features on a daily basis to address their million or so customers. In that way, they’re super fast and scrappy. But what’s powering a lot of these brands is a back-end suite of services. Generally, if you’re a startup, you don’t have access to architects. You don’t have access to a massive site reliability engineering (SRE) team. We have access to a lot of resources outside the team, yet the team by itself is self-sufficient. It’s a squad with a product manager, a designer and developers. It’s like a small startup world within our company.

Why should an engineer want to join Harry’s?

Littman: There’s always something new to learn, or a new initiative to pursue. I have yet to come to work and say, “I’m bored.” The people at Harry’s are also top-notch, not just in engineering, but across the company. On multiple occasions, I’ve needed to speak with one of our subject matter experts from outside of my team. Everyone is so genuine, and has each other’s backs.

Chouksey: Growth. It’s not just about growing as an engineer. You’ll be a part of a rapidly growing company. There’s so many different skills you can learn from the people around you, from the mechanical engineers to the supply chain folks. Harry’s even has an internal apprenticeship program. It’s a six-month program where we teach participants how to build software and help them switch career paths. It’s an amazing thing that the company invests in that many companies don’t make room for.

Vogels: Opportunity. Even though Harry’s is growing, you work on small teams and are asked to do a lot. It’s never, “Here’s your database, here’s what you do for the rest of your time here.” You get to stretch quite a bit. And you solve a real problem. Somebody buys something, and that needs to show up on their doorstep. If you like that challenge, this is a great place.