Mastering the Art of Effective Delegation

One mark of a great leader is that they know when — and how — to delegate tasks to their team.
Written by Isaac Feldberg

Great leaders aren’t always distinguished by corner offices and expensive wardrobes. And many of them don’t set themselves apart through sheer force of personality or impeccable business instincts.

Instead, leaders can emerge from anywhere. What identifies them most as worth following, rather than fancy titles and elevated egos, is their ability to motivate and move others toward a shared vision. As Bill Gates, co-founder of Microsoft, once said, “As we look ahead into the next century, leaders will be those who empower others.”

At Maisonette, a children- and family-focused e-tailer, Product Design Manager Brent Meyer has mastered the art of delegation, which he considers the smart way to go about empowering his team and allowing designers earlier on in their careers to grow their skills.

Meyer’s default mode? “Delegate as much as possible, as soon as I can,” he said.

“Whenever I discuss passing along work to another designer, it helps me understand their interests, bandwidth and comfort zones,” Meyer added. “Giving junior and mid-level designers the opportunity to see different types of work helps everyone identify areas of growth.”

Built In sat down with Meyer to discuss delegation as a strategy for strengthening his team. 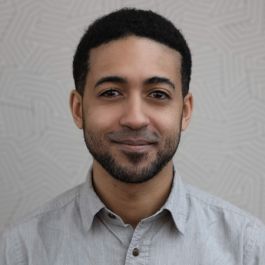 As a senior member of your design team, how do you know which tasks to delegate and when?

A big gotcha about a delegation-as-learning approach is that not all projects will be appropriately sized for every designer’s skill level. As such, I like to break larger projects down into more manageable, discrete pieces and delegate those. If the project doesn’t easily allow for that, I’ll partner with the designer at the start of the project to help provide a framework —  perhaps running a brainstorm or supplying wireframes — that can be built upon once my involvement is no longer needed.

Delegation is, of course, about balancing workloads. Approaching it primarily as an opportunity to offer growth makes it more meaningful, as it’s easy for delegation to look and feel like indiscriminately farming out work. It’s not always possible to use delegation as an approach, but doing so properly shouldn’t undermine the end result.

What are some common concerns associated with delegating design tasks to junior members of the team, and how do you address them?

I scratched at this in my previous answer, but my biggest concern when delegating to junior teammates is always scale and scope. Junior designers have less experience to pull from when creating both novel and common solutions. Where a senior designer may recognize that a problem can be solved by slightly adjusting a common pattern, a junior designer may try to reinvent the wheel because they’re not aware of an existing working solution.

In order to avoid misunderstandings or scope creep, it’s important to communicate regularly. I like to talk through new work with junior designers in order to field questions, point out potentially complicated areas and reference existing examples that may be useful. I also remind the designer to work iteratively and seek feedback frequently. It’s much easier to course-correct in small increments than to do a big-bang revision closer to the end. Scheduling reviews or checkpoints early on is an easy and direct way to avoid that, but checking in more casually works, too. You’ll know what’s best for your team.

What does your team gain from effective task delegation between senior and junior designers?

So much! Delegating work gives great insight into the overall strengths and weaknesses of your personnel. Delegating all kinds of tasks, rather than just the easy ones, can help build trust. It feels good to be on a team where you know everyone has an equal chance at impactful and high-visibility work.

Growth is a big team win, too. Not only do junior designers get to skill up with harder work, but senior designers can get a taste of what managing other designers is like by offering support and mentorship. Managing is very different, and I’m always on the lookout for ways to give senior folks a preview of what that’s like so they can make more informed career decisions.

Communication is another area that benefits from effective delegation. Junior designers can sometimes feel like they have to figure everything out on their own. Delegating tasks with a clear process can serve as a reminder that there’s nothing wrong with seeking help; we’re all on the same team for a reason. It can also help dispel the notion that design work needs to be perfect before getting feedback or reviewing with others.