Traditionally, the fintech sector focuses on payments, profits, and balance sheets, but these four NYC startups are breaking the mold by using innovative strategies and technologies to help those who are struggling financially. 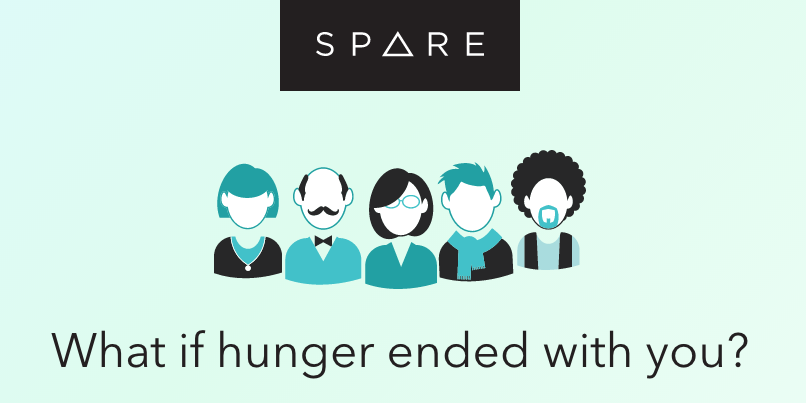 In 2012, Andra Tomsa founded Spare, in part, to do work her son would be proud of. Her son is now three and a half.

"He doesn't quite know what it is that I do, but I will say he's very big on sharing his food, so I think he'd approve," she said.

Spare makes an iOS app that integrates with the Plaid banking API, which is connected to 17,000 banks across the country. When a Spare user pays a tab at one of Spare's partner restaurants, the app automatically rounds up the bill to the nearest dollar and distributes the change among its partnered charities, which spend it feeding the homeless and hungry in New York City.

In this way, she has created a fun and effective means of addressing a serious and overwhelming social concern.

"In a city where you step over a homeless person on your way to a steak dinner, it's hard not to stay excited about fighting hunger," she said. "I think more than anything, I know it's not necessary. We don't live in a city where resources are lacking—all that's needed is an innovative twist to better utilize what we have and get it to those in greatest need."

Tomsa said she is frustrated to find herself "consistently interacting with the same handful of individuals involved in innovative, tech driven hunger relief," but she sees her company as part of several growing trends, which includes providing services to the "unbanked."

"There needs to be a continued and concerted focus on serving the unbanked," Tomsa said. "About one in every ten New Yorkers doesn't have a bank account, that means no access to credit among many other profound implications. I'd like to see more done to drive inclusion."

Get Alerted for Jobs from Spare

According to 2015 Federal Reserve statistics, Americans carry a whopping $935.6 billion in revolving credit card debt, and it is the third leading cause of personal bankruptcy. Enter Debitize, a startup that helps consumers manage their credit cards without spending money they don't have.

When talking about spending among his friends, Founder and CEO Liran Amrany noticed that many of them increasingly preferred the discipline of debit over the risks and rewards of credit. With Debitize he devised a way for consumers to have their perks and their healthy credit scores, too, by automatically transferring money from their bank balances every day to keep their cards paid off.

"It seemed obvious that if you were only using debit for the discipline, you could get the same effect by paying off your credit card purchases every day," he said. "Obviously, that's a bit tedious, but I thought a tool to automate it would help a lot of people."

Get Alerted for Jobs from Debitize

When asked for examples of fintech companies doing intriguing work serving those in need, both Tomsa and Amrany singled out Propel. This Brooklyn-based company uses state-of-the-art UX and UI principles to help low-income users access crucial government services such as EBT cards.

Propel's mission is to give its low-income and unbanked users access to the same technology that drives the most sophisticated financial products.

Along with allowing EBT users to check their balances inside of five seconds, Propel can also help determine eligibility for food stamp assistance, a $70 billion program that reaches 45 million Americans. Those who qualify can submit their documents through a desktop or smartphone browser, saving the time and hassle of waiting in government offices or sending sensitive information through the mail.
Get Alerted for Jobs from Propel

During economic crises or significant life events, it's sometimes necessary to take on debt to pay for essentials and get through tough times. Unfortunately, credit cards and payday loans can charge punishing interest rates that make it difficult—sometimes nearly impossible—to bounce back.

Bread provides an alternative by working with a network of merchants that sell staples, such as diapers and food, and offering users transparent terms and a variety of tailored fixed monthly payment plans. Customers can do everything online, from shopping to tracking their spending month-to-month, helping individuals and families maintain fiscal stability during tough times.

Bread is designed not just for utility, but to create a sense of safety and delight. Its stylish design, simple user interface, and commitment to security demonstrate how important it is for new fintech startups to build trust right away, particularly when serving those who may arrive feeling stressed, threatened, and in need of a helping hand.