Risk vs Reward - Choosing Your Startup 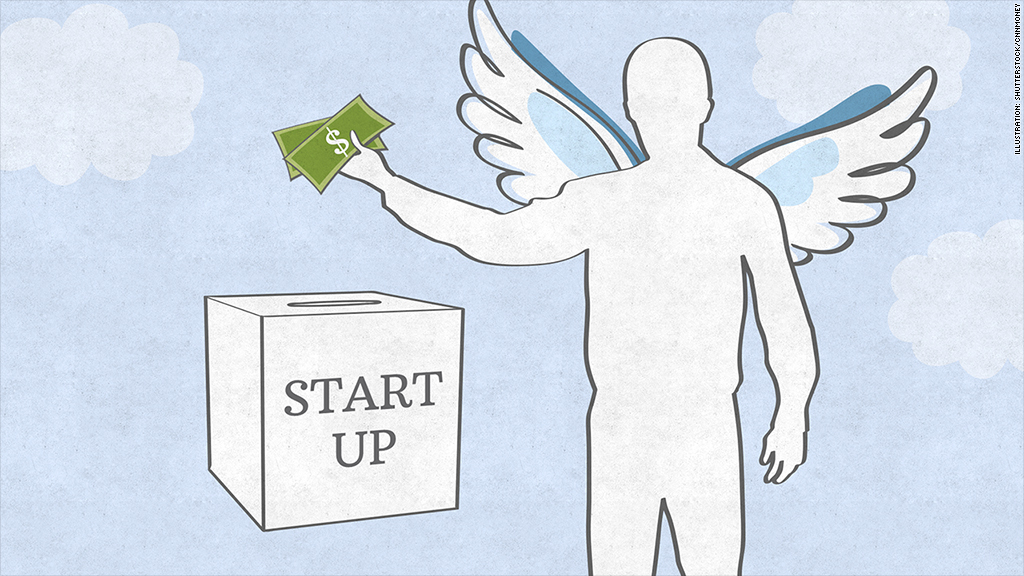 Startups are synonymous with accelerated growth, but they’re also synonymous with risk. What are the areas of the organization that you need to dig into in order to figure out whether the startup you’re interviewing with is going to be around a year from today, and whether the management truly knows what they’re doing?

Having visited Princeton for their Startup Meetup, we heard from students a question that we often hear from candidates interviewing at Yotpo: how do I go about making an informed decision around joining a startup? Hearing it again from entrepreneurial driven students inspired us to create a post that could help.

1. What is their funding status and what does that even mean?

Your first stop should be to check crunchbase.com. This website provides an enormous and very helpful database of companies, their funding, their investors and even information about the leadership.

Typically, startups with less than $5M in funding are considered exceptionally early stage. They’re probably either in Seed Funding or Series A. The risk would be higher with companies of this size.

Companies with more $100M in funding are very far along in their rounds of funding and whether they’re still even a startup is questionable. The sweet-spot when it comes to high-growth, but healthily funded, ranges from about $15M-$70M in Series B or C.

2. While you’re on the site anyway, who are their investors?

Investors have a key stake in the companies they invest in, and every large decision a company makes is run past the board of investors before any action is taken. By clicking on investors within crunchbase, you can actually access their portfolios and get a feel for whether they have invested in other successful startups in the past.

These are the key components that you want to prioritize. All of these first-tier questions are not only appropriate to ask, but interviewers will respect that you have thought to dig so deep. It demonstrates your commitment to understanding the ins and outs of their organization.

1. Does the company want to be purchased or to IPO (go public)?

There isn’t a right answer but depending on what you’re hoping to accomplish at this company, it matters.

If a company is working toward being purchased, this purchase could occur in 4 years but it could also occur in 6 months. There is a lot to be said for being with a company that was acquired and therefore successfully demonstrated true value. You knew how to choose a high-quality company and contributed to the company’s accomplishment. But it also means that your company is no longer a startup. This could result in you now having a gig at a big name company, or losing your job all-together.

An IPO typically takes a longer time to attain. As long as you’re happy and performing, you’ll have the ability to work with this company for the foreseeable future as it grows and proves value. Typically companies looking to IPO are extremely passion based. However in order to IPO, a company needs to demonstrate a value-add more appealing and accepted than any competitor of theirs does and, of course, there are few companies that successfully do so.

2. How long has the company been trying to fill the role you’re interviewing for, and why is it open in the first place?

Much of the time the reason will be because the organization is going through a growth stage and this is a purely new position. Sometimes, it’s not so simple.

It’s important to understand whether this position has been open for a long time. If so, why is that? What about the other candidates proved to not be a fit? Has the spec for the role changed a number of times? Dig.

It’s also important to understand whether the previous person in this role was fired or quit. If so, why? What has the company learned from the departure of that employee? How has that impacted who they’re looking to hire this go round? Dig.

3. How often do people leave the company of their own volition? How often are people fired?

In many startups, there is high turnover. Those are not the sorts of startups you want to join. Ask questions around who is leaving, how often and why.

Also, if you’re interviewing for a sales role and are told that the reason people are leaving is simply because “it’s sales” and “a hard job,” know that you’re being misled. There are many companies where salespeople remain for a long time.

4. Talking sales roles, how many reps are hitting quota?

When it comes to any sales role, you will never find a company where 100% of the team is to quota. If you do, either the person you’re speaking to is lying or leadership has done a haphazard job of creating goals.

Look to hear that somewhere between 70-90% of reps are hitting quota. Those are healthy figures.

5. Are promotions tenure or merit based?

If you’re exploring startup, the answer you want to hear here is that promotions are merit based. Of course there will always be guidelines around how early you could expect to be eligible for a promotion (9-14 months is typical), but in a startup environment you should be somewhere with management that takes into consideration not only tenure but performance, hard work, initiative and positive influence within the organization.

6. Will you have at least one key manager who has done your job before and who has influence in creating your goals?

In simpler terms, if you’re a SDR, is there someone who has actually cold-called people for a living who is a key player in making decisions about your future quotas and growth?

This is important because you want to be led by individuals who know the reality of your day to day. They can sympathize with your struggles and be your champion, but they can also call you out when you’re making excuses.

7. What is the company’s anticipated growth in regards to head-count?

Look for growing companies but be wary of companies that are growing too quickly. But what does realistic growth look like? There is no true rule of thumb, but if a company of 100 employees is telling you that they’re scaling to 400+, that’s reason for concern. It isn’t a deal-breaker but ask probing questions around what has inspired that growth. There is such thing as growing too quickly and sometimes it can result in layoffs.

These second-tier questions are to pick and choose, and to include only when you feel that you would be uncomfortable proceeding forward without this knowledge.

There’s no guarantee that an interviewer will love these questions, but you aren’t crossing any lines by inquiring about these things.

1. Will you have to stay in the office until your boss leaves?

If so, this could get tricky very quickly. Of course, as a hard worker, there will be nights when you stay even later than your boss. But for it to be an expectation would be a huge red flag.

Only you can determine which of these you’re looking for but chances are that in startup, you’re looking at a “finish your work” type of day. For that reason, some days will be 8 hours long and others will be 12.

3. Is it okay to take vacation?

You should be able to take vacation. Typically companies offer between 10-18 accrued vacation days per year.

4. What startup shift could occur that would eliminate your position?

Things are ever-changing in startup and it’s important to be aware of whether management has given thought already to in what scenarios your position could be eliminated. And it’s good for you to understand the risk.

Additionally, management should be able to articulate to you at least one reason why. If they say there is no scenario in which this would occur, read that as a red flag.

5. Does there seem to exist a core “in-crowd” of employees #1-30? Or is the company adaptive and accommodating to newcomers?

There is no harm in the OGs (original gangstas) of a company being particularly close-knit. Look at what they built! But it’s important that they’re welcoming to new hires, and that initiatives are being made by the organization to help everyone feel welcomed and familiar.

Friends and family sometimes recommend questions to ask, but for those my suggestions are the following. Don’t ask questions you won’t truly understand the answers to. Such questions might include ones around ARR or burn rate.

Also, refrain from asking the following unless you feel that given the conversation you have already had, the questions are appropriate and relevant ones.

Some companies won’t be comfortable disclosing the following information and it’s important for you to know that it is not a red flag if they don’t. It will be entirely company-dependent.

1. How are quotas determined?

Asking about quota attainment is the right thing to do, but asking how those quotas are determined can be perceived as inquiring into intimate information in regards to company growth, specific employee success and failure, and a number of other things that aren’t appropriate to explore during an interview.

High level answer - generally quotas are determined by assessing the existing success of a team, then setting goals that will allow them to perform but also be challenged.

2. What is your company’s burn rate?

If the company hasn’t raised money in a while (i.e. over two years), it’s worth asking about the plan for the company and the end-goal they’re looking to meet. This gives you insight into burn rate without asking specifically that.

People often ask about burn rate because they want to know whether the company’s future looks bright or gloomy. You can accomplish an understanding of this through the first-tier questions above. That being said, if you understand the logistics around burn rate, some companies will be comfortable speaking to details around it.

3. What is your company’s ARR (annual recurring revenue)?

This question is asked for the same reason people ask about burn rate. Although ARR is something companies share with their employees, it’s often not something shared during an interview.

It is absolutely fine to ask whether equity is a component of the package, but you shouldn’t assume it will be. Numerous startups nowadays are offering equity to every person who comes on board as a demonstration of “investment in each employee.”

But there’s a lot to be said for offering equity exclusively to employees who have put in the time to demonstrate an investment in his or her company, rather than the moment he or she walked through the door.

1. Is this co-founder the real deal?

Use Glassdoor to explore CEO approval ratings. Look directly below the star rating for “Approve of CEO” to see what previous and current employees are saying. Do your due diligence in regards to looking through the CEO’s experience and reading articles he or she has been featured in or written.

It’s a silly question to ask in an interview because there is so much research you could have done in advance, and it’s also a nearly impossible thing to concisely answer.

Absolutely ask questions around the CEO’s involvement with the company and on an individual basis, or even about his or her personality, but avoid asking whether they’re capable of running their own company well.

At the end of the day, these are not rules. For every example given above, I’m certain you can find a company that defied the typical trends. Will asking these questions guarantee you a risk-free transition into a startup opportunity? Absolutely not. But it does allow you to make the most informed decision possible and to effectively demonstrate your dedication to joining this ever-growing, ever-changing community.