A Brief History of Etsy on Its 10th Anniversary 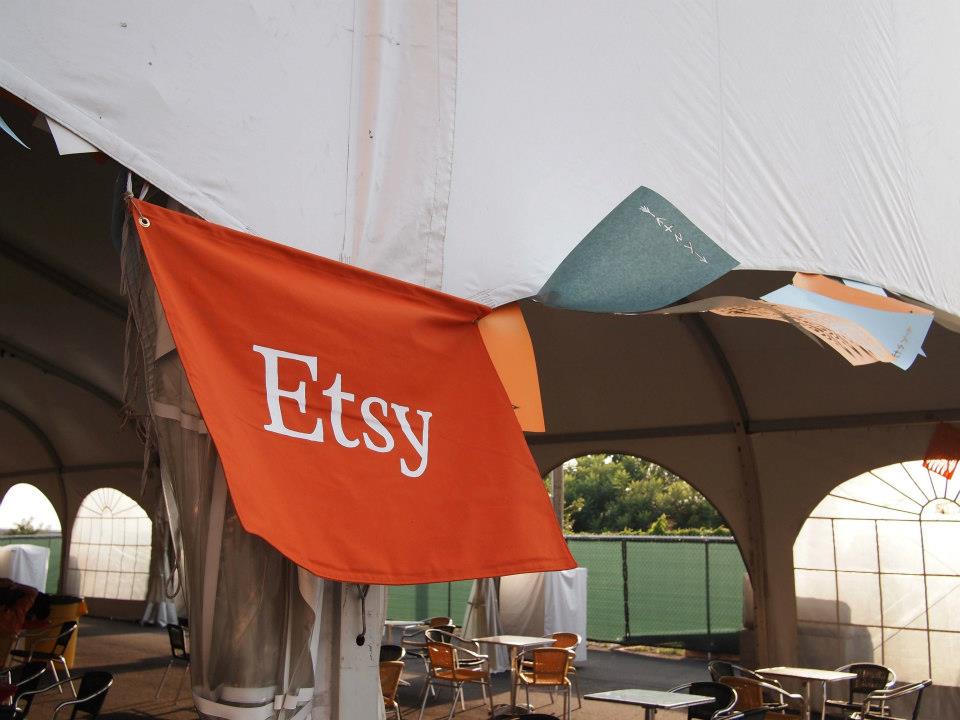 Etsy, the Brooklyn-based online artisanal marketplace, is New York tech’s poster child. The company started as a virtual storefront for hipsters’ arts and crafts, and has since seen the largest VC-backed IPO to come out of New York City. Etsy has a $3.5B valuation to boot, defying the odds as a major player in tech’s ecommerce space. This year marks Etsy’s tenth anniversary, and here’s a look at the company’s story over the past decade.

2005: Etsy’s founders, Rob Kalin, Chris Maguire, and Haim Schoppik created the company in a Brooklyn apartment. Their original vision was to create a business that would function as an online platform for craftsmen to sell their goods. Throughout Etsy’s first year, the site boosted traffic as the founders frequently added new tools to help sellers gain exposure.

2007: Etsy had nearly 450,000 registered sellers who generated $26 million in annual sales. In July of 2007, Etsy had its one-millionth sale. At this two year mark, the company also raised over $3M in venture funding.

2008: Chris Maguire and Haim Schoppik left the company in August. Rob Kalin then hired Chad Dickerson, the Senior Director of Product at Yahoo, as Etsy’s new Chief Technology Officer. Kalin removed himself from the day-to-day operations of the company. Dickerson started to build out Etsy’s engineering team, which was the beginning of a major turning point for the company.

2009: Etsy acquired its first company, Adtuitive, which was a contextually-driven ad platform that worked with publishers to provide marketing solutions for retailers.

2011: Dickerson replaced Kalin as CEO of the company after three years of effective leadership in his CTO role.

2012: Etsy raised $40M in Series F funding and announced that the company had become B Corporation certified. The company used the funding to expand more into international markets, including France, Germany and Australia. In May of 2012, Etsy acquired Trunkt, an online wholesale marketplace that sold artisanal goods.

2013: In January, Etsy acquired Lascaux Co., a company that developed social networking applications for mobile devices. This year also marked a major shift in the company’s corporate values as it decided to allow sellers to sell manufactured goods as well as handmade items. Overall, the company’s sales grew from $895M to $1.34B that year.

2014: Etsy hired Mike Grishaver, a former executive at Pandora, as its senior vice president of product. At Pandora, Grishaver helped the music streaming service develop its mobile user experience. This hire came in conjunction with Etsy’s initiative to pour more resources into its mobile presence, as customers were increasingly shopping on their phones. In 2014, Etsy also made two more acquisitions—creative technology marketplace, Grand St., and French online marketplace, A Little Market. The company’s total sales hit $1.93 billion that year.

September 2015: Etsy announced that it was launching a new program called, Etsy Manufacturing. The service will connect sellers with pre-approved manufacturers to help them source production assistance.