A complete guide to NYC's accelerators and incubators

Get Alerted for Jobs from Techstars NYC 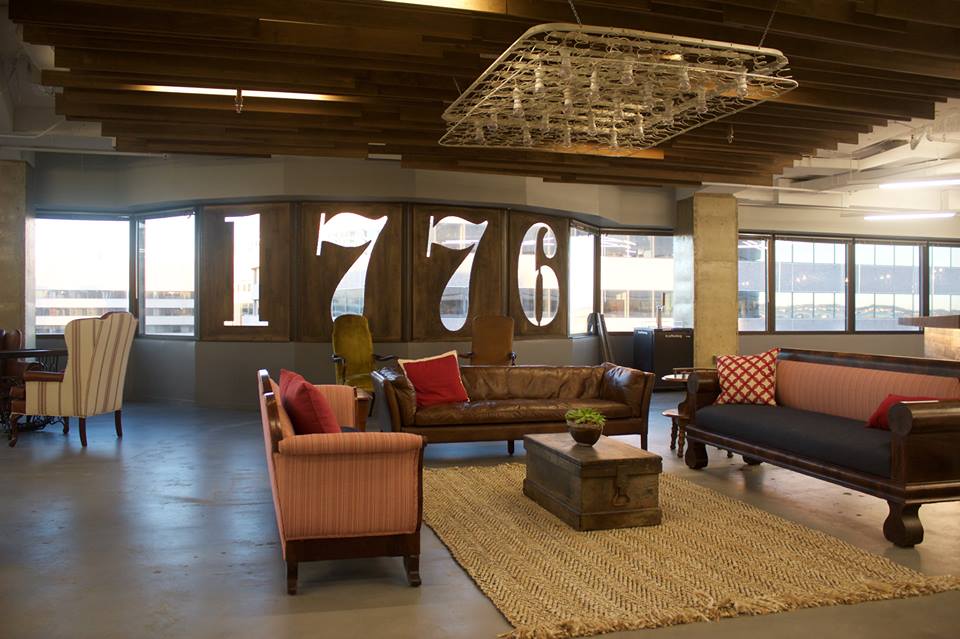 About: Founded in February 2013, 1776 targets startups in regulated fields, such as education, energy, food, health, transportation, health, finance and government. Overall, the incubator works to unite institutions, policymakers and startups to boost these tech sectors on a local level.

Get Alerted for Jobs from 1776 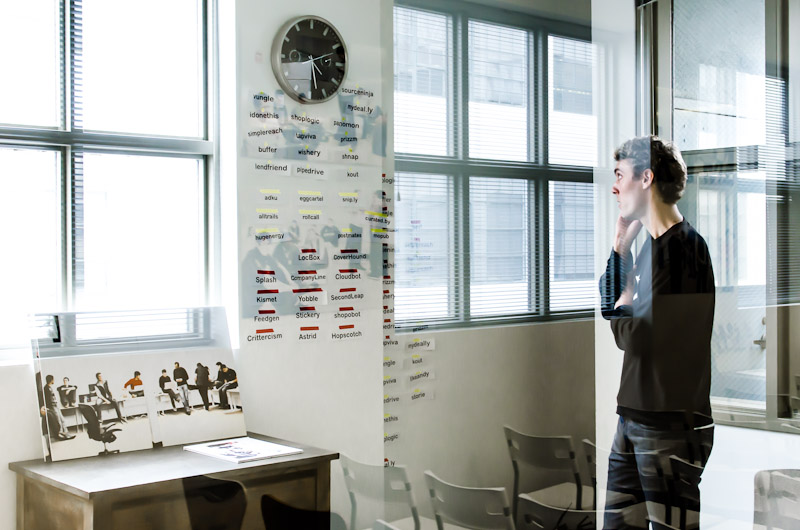 About: AngelPad, founded by early Google employee Thomas Korte in 2010, was a successful San Francisco-based accelerator program that expanded to New York City in 2013. AngelPad runs a 10-week program twice per year.

Application process: Every six months AngelPad accepts about 12 startups into its cohort.

Get Alerted for Jobs from AngelPad

About: Initially launched in London, Barclays expanded its accelerator program to New York in conjunction with Techstars, with the objective of helping entrepreneurs grow innovative technology in fintech. The program runs July through October, and accepts 10 fintech companies into its cohort. These companies gain access to Barclays APIs and data, as well as guidance in building and refining their business models.

Application process: The deadline to apply for the program is April 20th. The program lasts 13-weeks, beginning in June and concluding with a Demo Day in September.

Get Alerted for Jobs from Barclays Accelerator 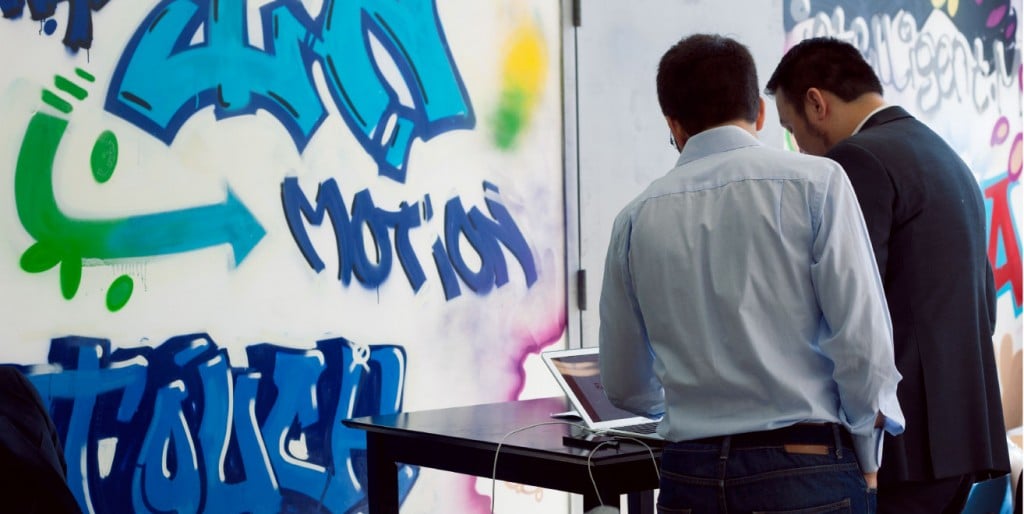 About: Blueprint Health is a three-month program for healthcare tech startups. Companies give six percent equity for $20,000 and office space in a Soho loft. They also receive mentorship from some of the biggest names in healthcare tech, like ZocDoc and Oscar. Now four years old, Blueprint Health has launched 60 startups, including notable alumni like AdhereTech and Artemis.

Application process: BluePrint Health’s next program will start January 9th, 2017. The program accepts companies on a rolling basis and the deadline to apply is November 18th, 2016.

Get Alerted for Jobs from Blueprint Health

About: Dreamit is an accelerator focused on growing early stage companies in the health and education sectors. Since its start in 2008 the program has helped launch over 200 companies, including SeatGeek and Meerkat. The accelerator typically invests between $25,000 and $500,000 in member companies for a five to eight percent equity stake, but there is also a zero equity option. In this case, Dreamit won’t take any equity, but reserves the right to invest $250,000 in a seed funding round. The programs run for 16 weeks and culminate with a demo day.

Application process: Dreamit’s next program kicks off September 12th and runs for 14 weeks. The deadline to apply is July 6. Accepted companies are eligible for up to $500,000.

Get Alerted for Jobs from Dreamit 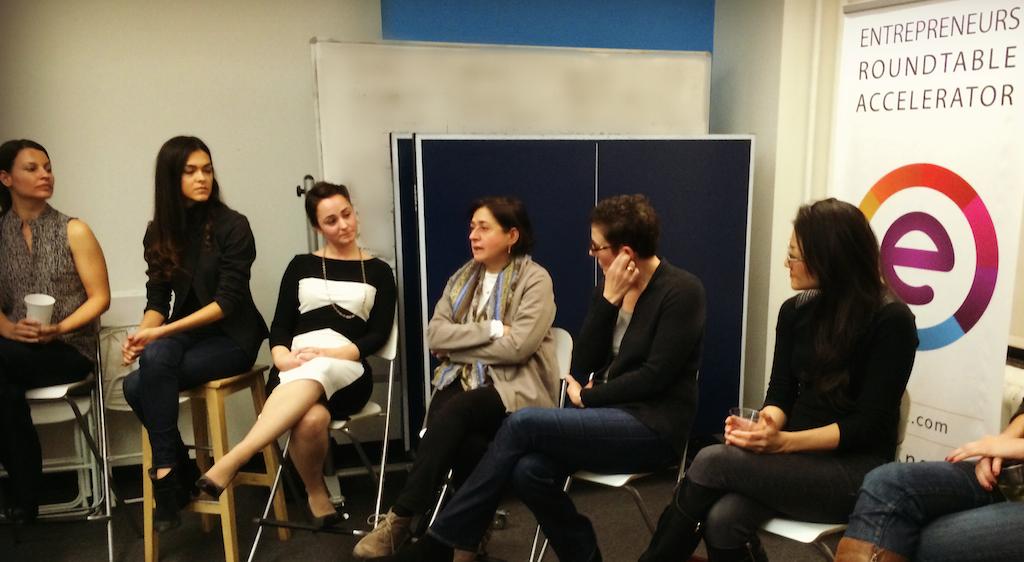 About: Entrepreneurs Roundtable Accelerator is a four-month program that offers intensive workshops, exposure to angel investors and venture capitalists, as well as $40,000 in seed capital and follow-on investment in future rounds. ERA looks for companies with a significant technology component, and for those that will take advantage of New York City as a place to enter the market with their product, service or application.

Application process: ERA runs two, four-month sessions per year, each with 10 companies. ERA is currently accepting applications for its winter 2017 cohort until November 9, 2016.

Get Alerted for Jobs from Entrepreneurs Roundtable Accelerator 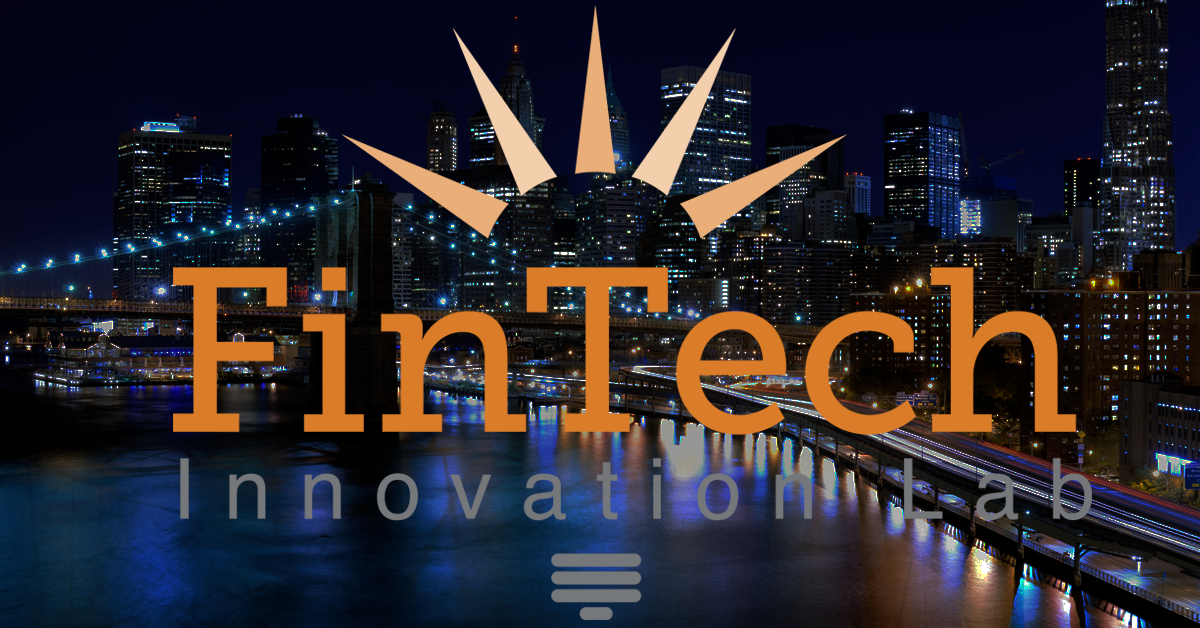 Application process: FinTech Innovation Lab is a 12-week program that takes place every spring. Applications for 2016’s program are currently closed, but will open again for 2017’s program later this year.

Get Alerted for Jobs from Fintech Innovation

About: The Foundry grew out of Fordham University’s commitment to business that advances society in a meaningful way. The incubator provides its startups with collaborative workspace, business consultations, a mentoring program, ongoing business education and workshops for young entrepreneurs.

Application process: Before submitting an application, founders must research the market, analyze the competition, develop a written business plan and identify a path toward monetizing the concept. Applications are reviewed on a rolling basis.

Get Alerted for Jobs from Fordham Foundry

About: The Founder Institute is great for early-stage ideas, as it allows entrepreneurs to participate in the program in the evenings and keep their day jobs before committing to a startup. From its beginnings in Silicon Valley, the Founder Institute has grown to more than 100 chapters in cities all over the globe, making it the world's largest entrepreneur training and startup launch program.

Application process: The Founder Institute focuses on founders instead of ideas. In fact, you are not even required to provide an idea to apply, but should be a motivated individual who wants to build an enduring tech or tech-enabled company. This includes aspiring founders with a full-time job, solo founders, teams, and founders of established companies.The New York Summer 2016 Semester deadline is June 16. The program runs for four-months.

Get Alerted for Jobs from Founder Institute

About: In contrast to traditional accelerators, Grand Central Tech (GCT) provides its cohorts of startups with free office space for a year, with a zero equity fee to participate. In exchange for free rent and zero equity, GCT startups commit to rent adjacent office real estate once the program ends. With this stipulation, Grand Central Tech is building upon its vision for a new tech community to take root in the heart of Manhattan.

Application process: GCT accepts companies into its accelerator program on a yearly basis.

Get Alerted for Jobs from Grand Central Tech

About: J.P. Morgan's In-Residence is a six-month program designed to help solve critical wholesale banking challenges through an open, transparent and highly collaborative approach. Within the program, entrepreneurs and startups are connected with J.P. Morgan’s knowledge, data and resources. In other words, In-Residence provides access to J.P. Morgan's internal business units, technology ecosystem and to its global network of business contacts to startups.

Application Timeline: The program accepts teams on a rolling basis against specific ideas or challenges. Applicants should have an idea, concept or product developed before applying.

Get Alerted for Jobs from J.P. Morgan 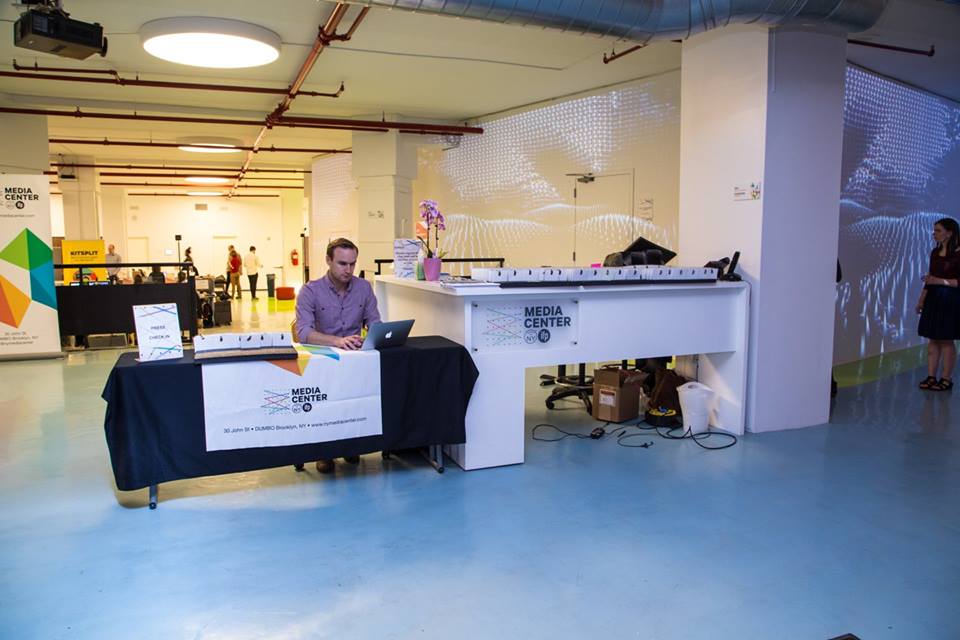 About: Situated on the beautiful waterfront in DUMBO, the Made in NY Media Center is a unique incubator founded as a result of a partnership between the Independent Filmmaker Project, the Mayor’s Office of Media and Entertainment and the New York City Economic Development Corporation. Mayor Bloomberg publicly opened the Media Center three years ago, and since then, it has held more than 100 classes, 300 events and served more than 25,000 people. In its 20,000-square-foot space, The Media Center brings together innovators in technology, art, film, video, and gaming.

Application Timeline: The application process for the Made in NY Media Center Incubator occurs on a rolling basis.

Get Alerted for Jobs from Made in NY Media Center

About: MetaProp NYC is a growth accelerator for real estate technology companies. The program provides early stage companies with a $25,000 equity investment for six percent of common stock, in addition to a $175,000 convertible note. MetaProp provides later stage companies with custom financing and three percent common advisory shares vesting over three years from the start of the program. The 22-week program focuses on driving business growth.

Get Alerted for Jobs from MetaProp NYC 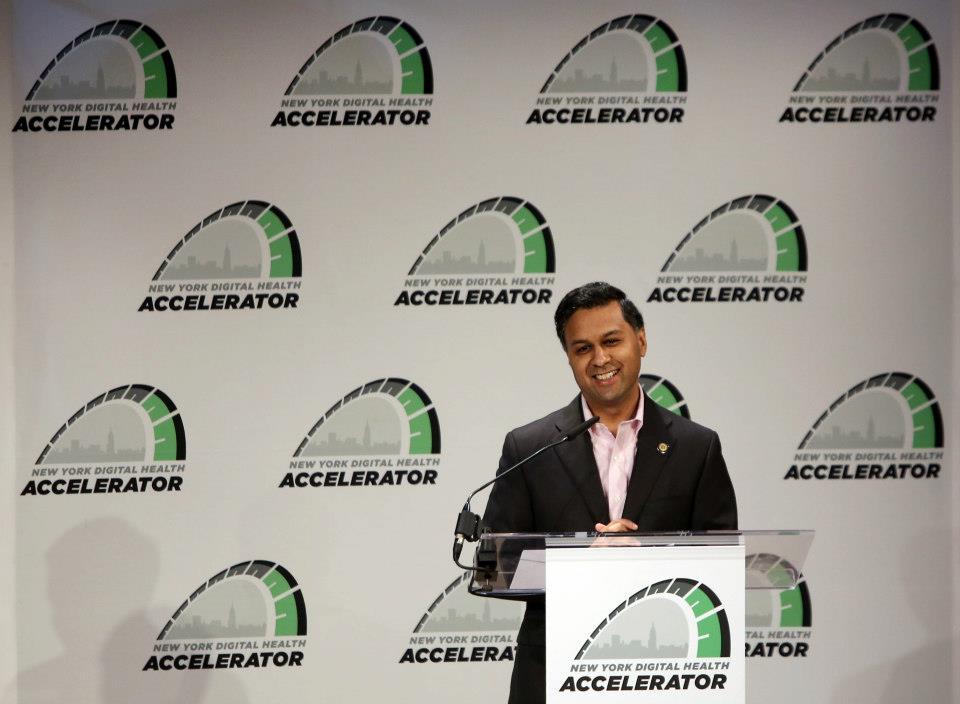 About: New York Digital Health Accelerator is funded by the state, and works with 10 digital health startups at a time to develop and grow their businesses. As part of the program, each startup receives $100,000, is paired with hospital executives and is given an investment mentor.

Application process: The program spans a five-month period and the final deadline to apply is June 28th, 2016. Leaders from 17 hospitals across New York choose the program’s participants.

Get Alerted for Jobs from New York Digital Health Accelerator

Application Timeline: The application process for these spaces occurs on a rolling basis.

Get Alerted for Jobs from NYU-Poly Incubators 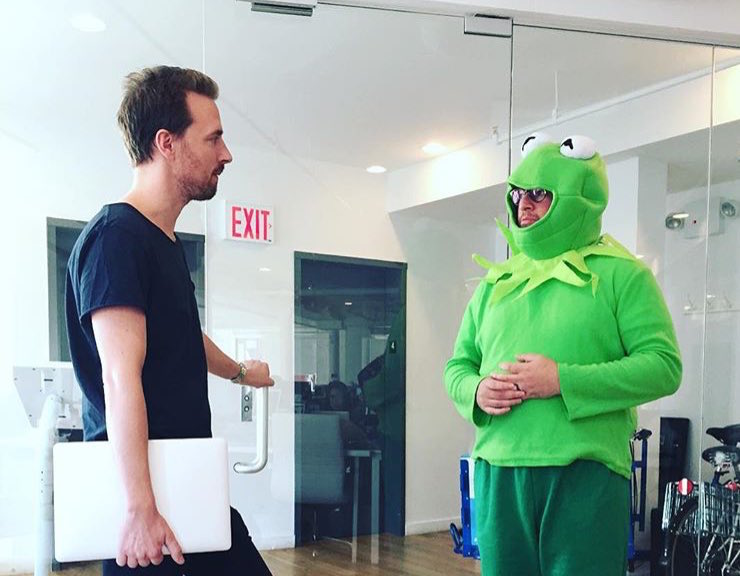 About: Rather than fostering new businesses, Prehype aims to bring startup innovation to large corporations. Prehype focuses on problems that need solving within existing companies, identifies executives with entrepreneurial traits, and works to launch startups that solve business problems. At the conclusion of the program, the startup can spin into the larger corporation or operate as its own entity. BakrBox, Brit + Co, Managed by Q, Percolate and Chartbeat are some of Prehype’s portfolio companies.

Application process: Prehype limits the program to a three-month period.

Get Alerted for Jobs from Prehype

About: Startupbootcamp, the primarily European network of business accelerators, opened its second U.S. accelerator in New York in 2015, specifically targeting fintech startups. Over the course of three months, the program works with 10 companies, which each receive a $20,000 grant to live in New York, as well as office space for the duration of the program.

Get Alerted for Jobs from Startupbootcamp

About: timeSpace is an accelerator grown out of The New York Times that brings entrepreneurs to its headquarters to refine and grow their businesses. Over four months, entrepreneurs can work out of The Times' office on 8th Avenue, meet with relevant Times staff, demo their product and teach/learn alongside entrepreneurs and employees who make their livings in digital media, technology and journalism.

Application process: timeSpace is looking for early stage companies focused on the media space that have a product launched. Ideal candidates have most likely raised seed stage funding and focus on mobile, social, video, advertising, technology, analytics or e-commerce. timeSpace is not yet accepting applications for timeSpace v3.

Get Alerted for Jobs from timeSpace 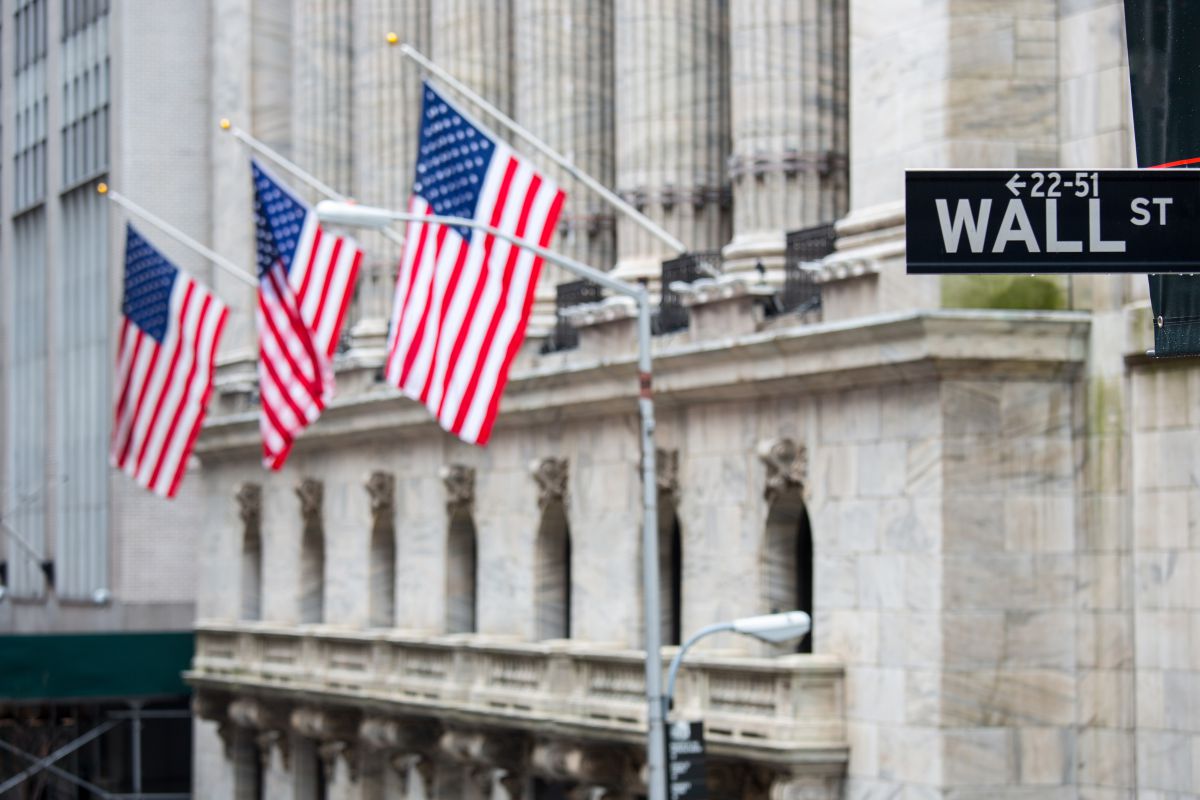 About: ValueStream’s mission is to accelerate the adoption of new technologies in the finance industry. The incubator fosters a community of professionals, investors and customers in the fintech space, specifically focusing on companies that target the professional (B2P), institutional (B2I), and enterprise (B2B) markets. Applicants should have a fully or near fully built product, and be seeking to increase sales to customers and obtain guidance from proven industry experts. Once accepted, the length of the program is flexible but typically lasts six months.

Application Timeline: The application process for the ValueStream Labs occurs on a rolling basis.

Get Alerted for Jobs from ValueStream Labs

Know of an incubator or accelerator that deserves coverage? Let us know or tweet us @builtinnewyork.