A look at the startup studio model and why it works so well in NYC | Built In NYC Skip to main content
Loading...

In the grey area between incubators, accelerators and venture capital funds, there’s an entrepreneurship model that aims to build multiple companies in parallel. This concept has led to the emergence of startup studios, which focus on creating companies from the ground up.

A startup studio fosters the creation of multiple companies per year, following a repetitive process that leverages an infrastructure of resources, multi-disciplinary team members and collaborative methods.

Instead of working on one company at a time, startup studios work on multiple projects simultaneously. They dedicate a team to the continued development of a project, with the hope of that project turning into a startup and then into a scalable, full-fledged company.

This dynamic model is starting to take flight in New York, as a number of studios have become major players in helping companies get off the ground. But while all startup studios are working on creating companies from scratch, many have different approaches to how they do so. Here’s a glimpse at how New York’s most prominent startup studios actually work.

Betaworks was an early entrant into the startup studio sphere, founded by John Borthwick and Andy Weissman in 2007. The studio focuses on consumer social projects, and operates as a hybrid between investor and builder models. Betaworks has invested financial capital in fast-growing companies like Tumblr, Venmo, Kickstarter and Medium, and built notable companies including Giphy, Chartbeat and Bitly using its internal human capital.

“Betaworks is not a services model, meaning that we don't offer space or resources in exchange for money,” said Matthew Hartman, Director of Seed Investments at betaworks. “However, for companies started at betaworks, we have a full time data science team, designers, brand building capability, distribution and launch strategy, along with deep product experience and a network of VCs who invest alongside us and founders we've invested in who are building related companies.”

Companies that are built by full-time employees at betaworks get their start as products, which are first financed internally by the studio as the product begins to receive traction. As these products begin to morph into their own companies, betaworks helps the startups raise capital from outside investors, and eventually moves them into their own space.

Betaworks has found success in its foundational mission to constantly build, walking the line between project and product.

“We'll have a developer experimenting, put something out there, and experiment again without the need to formally call it a company,” said Hartman. "If and when we see market pull, we'll form the company and the team working on the product will often become the first employees and get a large portion of the equity. If we don’t see market pull, often the project lead will begin working on something else or join one of the teams that is gaining traction on their product.”

In comparison to a small seed fund, betaworks emphasizes its unique culture and “full-stack” of resources. The studio is largely product focused, reinforcing the idea that “betas work.” To that end, the studio’s office is stocked with about 50 employees working on various companies, as people can plug into the betaworks platform at various stages.

“If you’re a great hacker who is broadly focused on our areas of interest (e.g., messaging, next generation social products), you can come work out of betaworks and we can build something together,” said Hartman. “If you already have a team and a prototype, we can make a seed investment. If you’re looking to join a startup, we can connect you with companies we’ve built or where we’ve made investments.”

Betaworks operates around the thesis that the way people communicate using technology is constantly evolving. The early cluster of companies that betaworks built were focused on the real time social web. Then, the studio examined what apps people were using the most to communicate. Over the past two years, betaworks has focused on notifications to identify how services will reach consumers in a post-home screen world. In that vein, betaworks is currently investing in companies building for chat interfaces, from Amazon Alexa to Facebook chat bots.

The studio recently launched a company called Dexter, which connects various APIs and processes. Betaworks is also offering a “botcamp” this summer, which is an accelerator program for companies building conversational software. 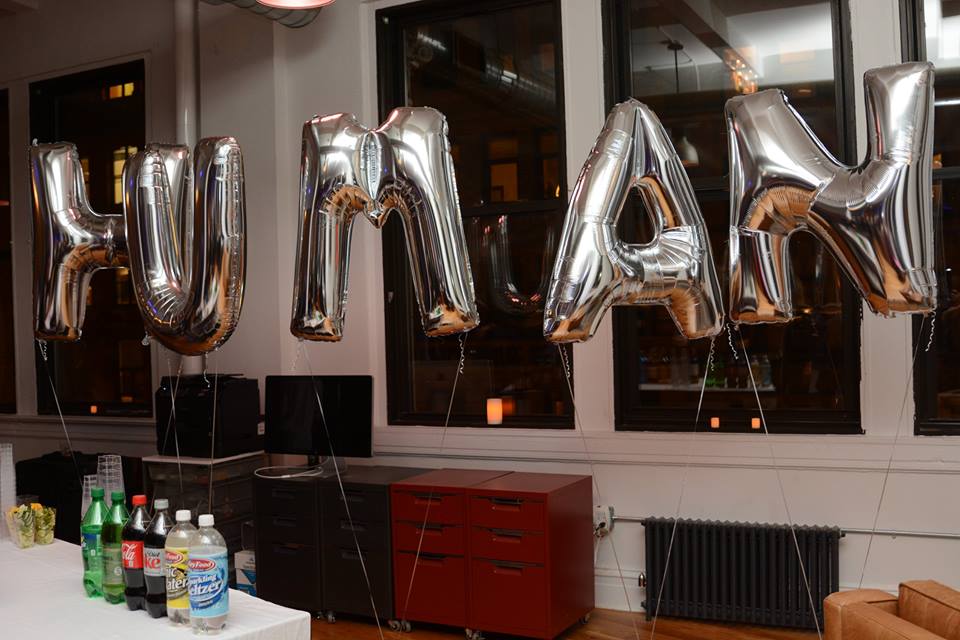 Human Ventures is a startup studio that co-founds companies with exceptional founders. Human Ventures works to pair founders’ visions with a business growth model and network that sets them up for success. With a focus on a collaborative model that extends beyond venture capital, the studio’s value come from its robust network of entrepreneurs.

“By co-founding with our studio, a founder is part of a larger family of companies and steps into an established network,” said Heather Hartnett, CEO of Human Ventures. “At Human Ventures, this means that each of our companies are able to draw insights from the others, attract the best talent from the beginning and meet top-tier investment partners so they can go further than they would on their own.”

Human Ventures attracts creative and visionary team members who combine past experiences with entrepreneurial skills to innovate and build successful startups. Recently, the studio has brought Jonathan Jarvis, the former Creative Director of Google’s Creative Lab, into its ranks to lead a new digital assistance company.

Human Ventures cultivates three to five projects per year in its studio. After seeing these startups hit their series A round, the team then takes on more projects. The studio’s capabilities stretch across a myriad of sectors, tapping into New York City’s unique “hyphen-tech” community.

“Finance, fashion, hospitality, and media  are all industries that thrive here and have been attracting the best human capital for decades,” said Hartnett. “We’re providing these entrepreneurs with the infrastructure and support that they need to crossover to the startup environment, and to take the risk of starting their own business. In New York, tech is not yet another industry, but a transformational force that affects all the others. Every company is now a tech company. The real opportunity is when traditional businesses become tech-enabled and can dramatically change consumer behavior.” 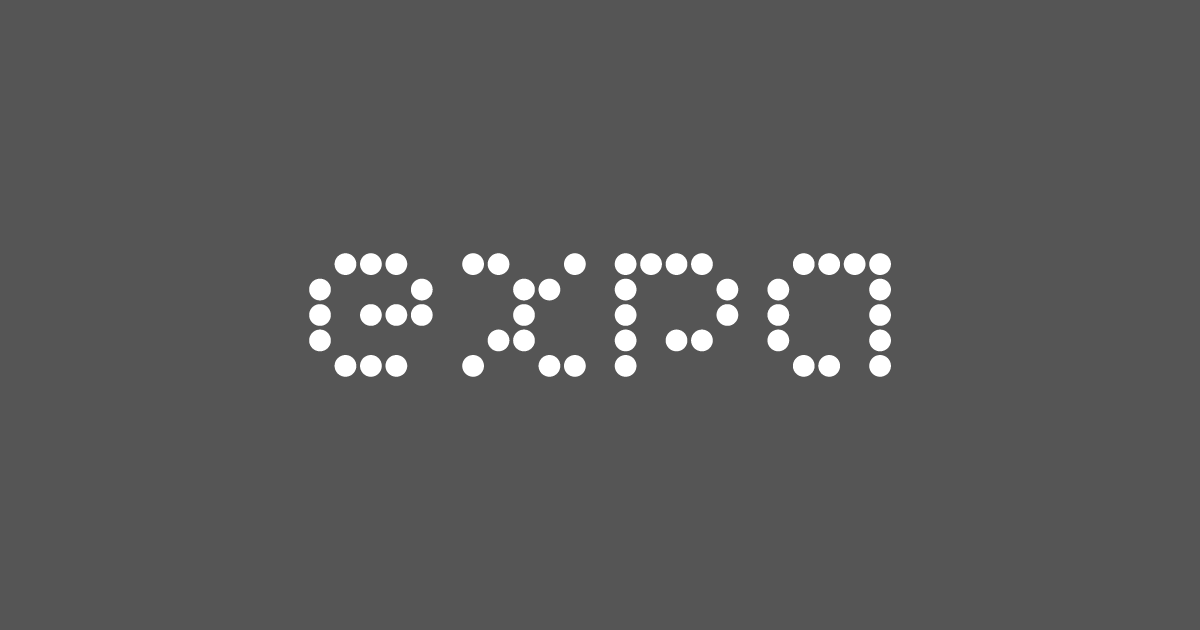 Expa was founded in 2014 as the brainchild of Uber and StumbleUpon co-founder, Garrett Camp. At its foundation, Expa is a studio that fosters companies that it wants to see in the world. The studio generates ideas on its own, partners with founders to create products and services, builds teams and helps those teams scale.

“We have a model called a shared services platform," said Brendan Lewis, Vice President of Communications at Expa. "This platform allows us to take the burden of scaling a company off of these companies that we’re working with and that we create over time.”

The studio leverages its human resources and finance teams to support startups, taking bureaucratic duties off of founders’ plates. This means that instead of filling out tax applications or spending hours trying to hire a new Head of Product, young companies can focus on building a great product — which is the universal element at the core of any successful technology company.

“The most important thing you can do in the early days is build a great product that will enter the market as something that people really want to use and will be valuable," said Lewis "In this way, we’re providing a level of support and expertise that founders don’t get if they go other routes.”

To date, Expa has aided over 14 companies get off the ground, including New York-based companies such as Ando, Current, Kit and Reserve.