4 founders weigh in on why choosing NYC over the Valley, or any other tech hub, was best for their startups | Built In NYC Skip to main content
Loading...

4 founders weigh in on why choosing NYC over the Valley, or any other tech hub, was best for their startups

For a long time, Silicon Valley was the place to launch a tech company. While this sentiment still rings true, the Valley is no longer the only place successful startups call home.

In fact, the amount of female entrepreneurs in New York has surpassed the nation’s other leading tech centers, including both Silicon Valley and Boston. Bay area tech giants are also expanding to the east, choosing to set up outposts all over Manhattan. Furthermore, New York’s tech companies even spend less on travel and expenses than their Silicon Valley-based counterparts, signaling the growing industry shift to the east.

And that's just the tip of the iceberg. To gain more insight into the reasons founders chose to launch their companies in New York City over the Valley — or any other city — we chatted with a few home-grown entrepreneurs. 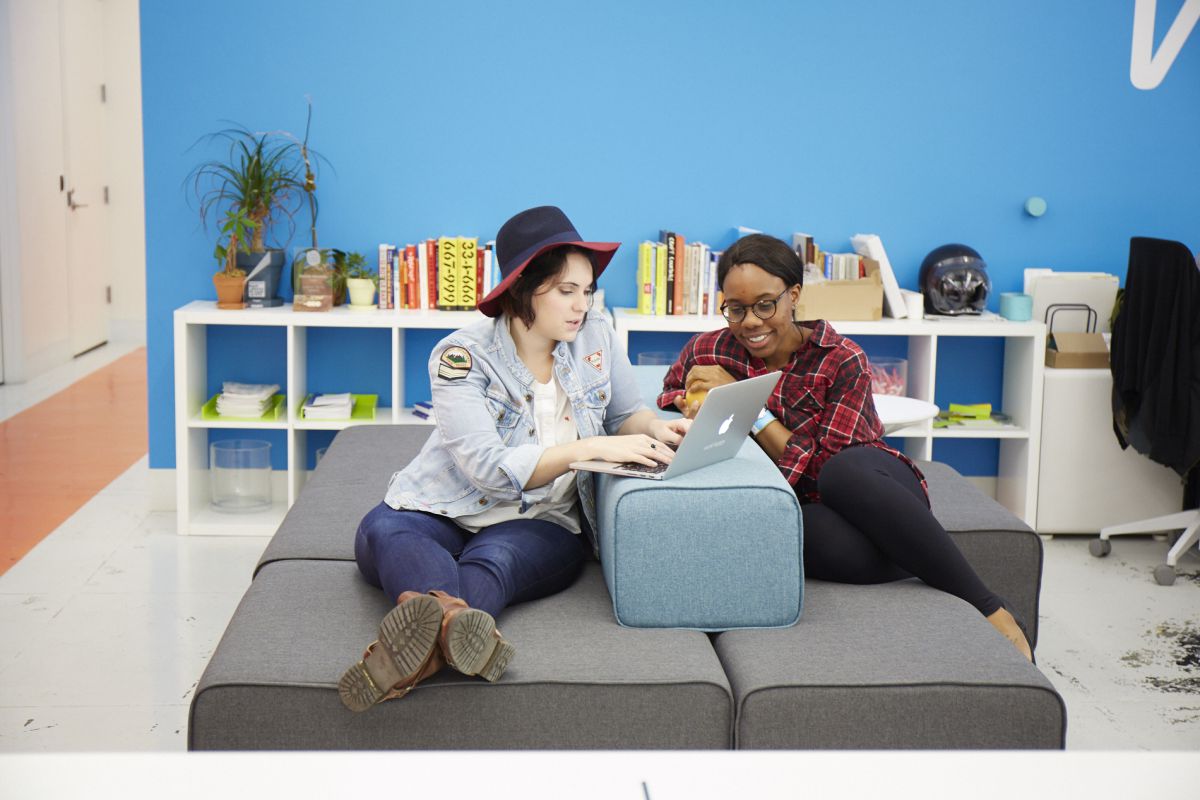 Poppin is an e-commerce site for office supplies. The startup sells everything from furniture to matching staplers, scissors and notepads, and has helped deck out the offices of major tech companies such as Warby Parker and Squarespace. We spoke with Randy Nicolau, CEO at Poppin.

There's unprecedented access to talent in New York. You can hire anyone from highly qualified industrial designers to full stack engineers. Not to mention the top marketers and energetic sales force that all live and work in NYC.

Initially, I debated opening Poppin in Los Angeles but having just sold my prior New York-based company in NYC, I realized I built a much stronger network here. It was advantageous to leverage my connections in New York versus starting from scratch in LA.

Looking back during a January snowstorm I may have second thoughts, but from a business standpoint, it was clearly the right way to go. We've built an exceptional 100-person team that encompasses 12 different functional departments. The talent we've attracted exceeded my expectations and because of our success here, we just expanded with a new office in San Francisco.

Get Alerted for Jobs from Poppin 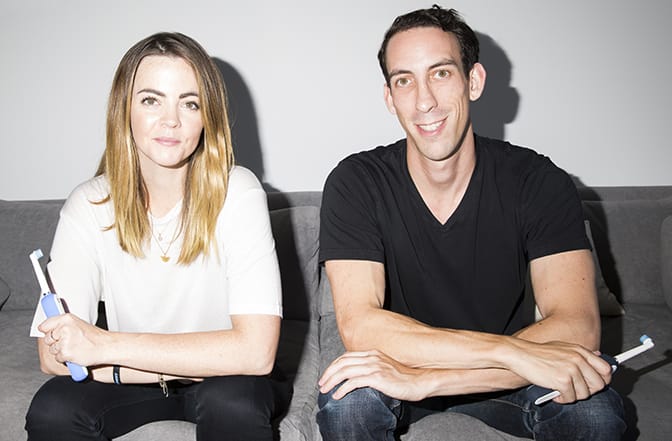 Goby was founded by two friends who were frustrated by today’s oral care offerings. The company operates a direct-to-consumer subscription service for electric toothbrushes, so you never have to make a drugstore run for a toothbrush again. We caught up with Ben Goldberg, founder at Goby, to learn he calls NYC home base.

Exposure to such a diverse set individuals, companies and industries. From tech, to fashion, to commerce, New York has it all.

Having exposure to all those unique industries is key to success. As a consumer-focused, e-commerce startup, we are inspired by our surroundings. Inspiration comes from design, fashion, tech, art, etc. All of these shape us as individuals and as a company, and we're better off because of it.

I think we're still at the early stages for the New York tech scene. The city has proactively supported the tech scene here. Combined with the diverse surroundings New York City offers, that's a recipe for tremendous success. I expect New York tech to continue to flourish.

Get Alerted for Jobs from Goby 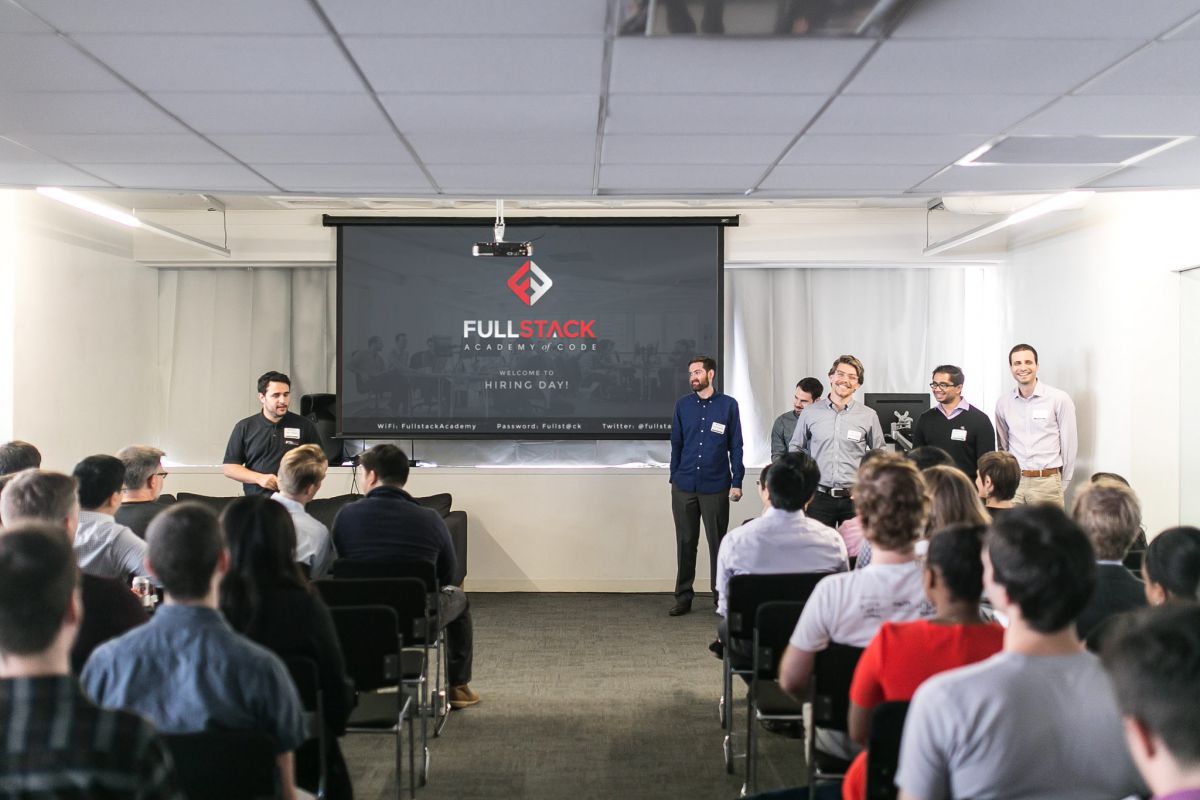 Fullstack Academy launched out of Y Combinator back in 2013 and has become a leader in the coding bootcamp space. By participating in Fullstack's program, non-technical founders can learn how to write code, build their product while in school and get seed funding upon graduation. We spoke with David Yang, co-founder and lead instructor at Fullstack Academy.

The diversity of the people and the industries that reside in New York — NYC is definitely unique across the world for being the epicenter of so many large industries. What originally inspired me to move to NYC was the belief that the internet was going to revolutionize lots of other industries, and it’s been exciting to be on the ground for a lot of those. I’ve had a chance to work in greentech, healthcare, fashion and fintech and really see where 'code hits the ground.'

My second favorite part is the community that’s developed here — it’s much less centered around a specific company and more around interest groups. I think it’s fitting that Meetup is based in NYC — it would have been much harder for it to take off in the Bay Area.

Within a few weeks of moving to New York I knew that this was the place for me after years of being in the Bay Area. I strongly believe in the power of networks to create spontaneity and value in your life and the type of spontaneity that occurs here feels magical all the time. I’ve met so many incredible people at various kinds of meetups.

Fullstack Academy is a coding education business that’s heavily focused on finding great employment for our students. Having the wealth of spontaneous action that happens here has been amazing to watch. It’s non-intuitive that in the internet era humans are increasingly congregating into expensive cities, but I think there is an innate human recognition in the power and value of networks and I only see that continuing to grow.

Yes! New York City has been amazing for Fullstack Academy. Not only in terms of the type of people that come here to be Fullstack students but also the companies that we’ve seen grow up in New York. One of my favorite companies that we work with is Prescriptive Data — they’re a building management platform that’s really revolutionizing how we optimize buildings for human comfort and energy efficiency. What excites me about that is that this is a problem that only exists in NYC right now so NYC is ahead of every American city in figuring out how to help millions of people live together and that’s a clear 50 to 100 year challenge.

Also the City and State government itself has been extremely helpful in growing companies. Between the Mayor’s Office, Tech NY and the investor ecosystem that’s developed here I really feel that government is trying to foster growth in all the right ways. It’s very helpful to be able to work with people at those levels of government in order to foster growth and planning.

I think we’ll see more founders choose NYC over other cities for various reasons — primarily those are access to capital, access to talent and access to customers. One thing I think NYC is making great strides on is opening up both ends of the talent spectrum. Programs like NYC’s Tech Talent Pipeline and Cornell’s new campus will inject a constant supply of new energy and some large exits in the last few years will enable this recursive effect of company growth. In 2007 when I first came here, it was hard to imagine building a company from 1,000 to 10,000 people — there just wasn’t enough talent (both depth and breadth here). That’s completely changed now. I’d be willing to make a public wager that we’ll see several of those $10 billion-plus companies start and grow here in the next decade.

Get Alerted for Jobs from Fullstack Academy

Shufflrr's platform provides B2B sales and training teams with a fast and simple solution to create, give and share presentations. The company works with clients such as ADP to Bloomberg to improve internal communication, ultimately saving businesses time and money through its intuitive presentation management platform. We spoke with James Ontra, CEO of Shufflr.

Energy, courage and conviction. No matter the industry, everyday, I meet people who work night and day to stand up against their competitors and try to convince people in their business. It's inspiring to see so many hardworking individuals go after what they believe in. The New York tech scene is full of courageous individuals who are all about business.

New York breeds the best of the best. It is a magnet for world talent. Whether it is media, finance, entertainment, medicine, etc., the best in all fields are attracted to New York. And when you rise to the top in New York, you know you are amongst some of the world's most talented, forward-thinking individuals. The technology scene is no different, and in New York, the whole world is watching. I would quote Frank Sinatra now, but we all know how he felt.

Looking back, it was the best call. I love New York and am grateful for the many opportunities it has given me to grow my business. Nowhere else in the world can you work among such a dynamic group of people, and the fact that I have not owned a car in 20 years is evidence (to me) of a good life.

New York City will always be a power center. And every power needs technology to manage that power. As this power becomes increasingly centralized, NYC will continue to be a critical component to how the world of tech evolves.

Get Alerted for Jobs from Shufflrr