How this 50-person startup is planning to completely transform the real estate industry | Built In NYC Skip to main content
Loading... 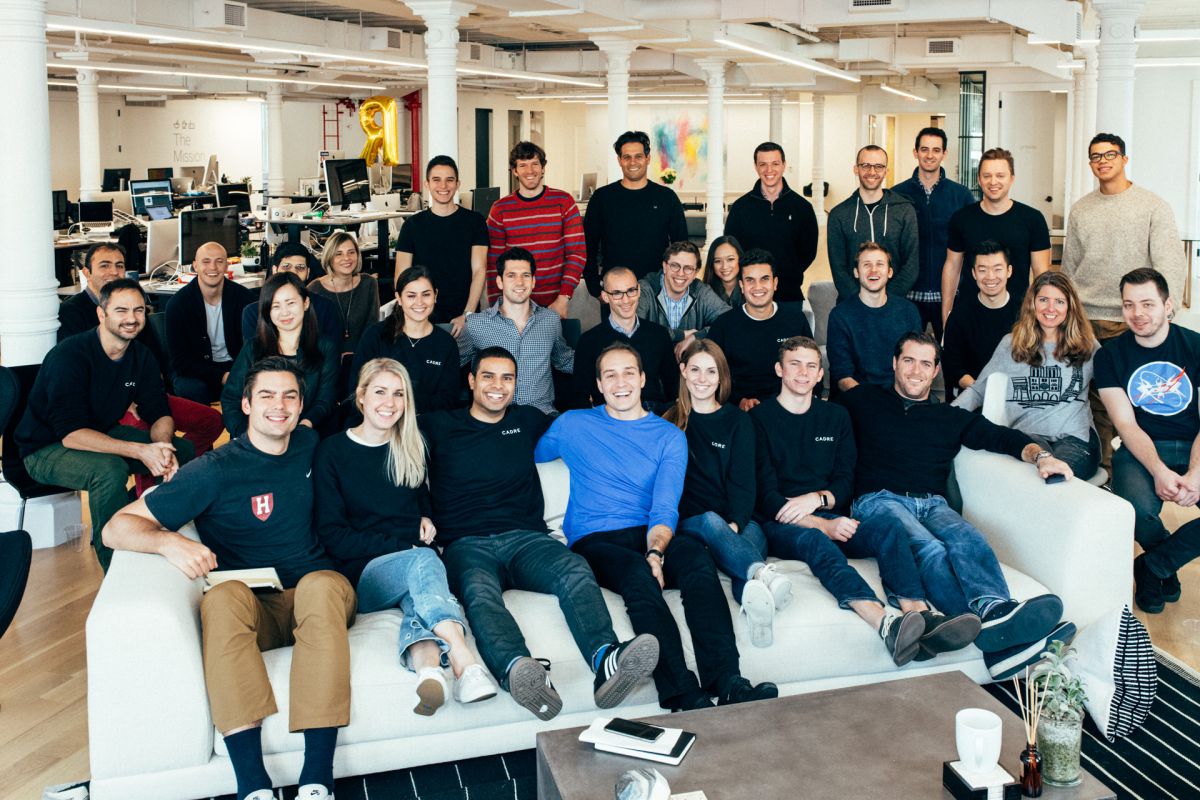 Ryan Williams started his first business when he was 13.

He sold the company, which allowed people to buy and sell sports apparel, when he was a freshman at Harvard University.

During the remainder of college, Williams created and ran a real estate business using a database that tracked homes as they came to auction. With his unique, technology-driven investing system, Williams was then able to raise enough money to start acquiring some of these properties. By the time he graduated, he owned hundreds of units.

Williams was working at Goldman Sachs by day while running his real estate business at night when he joined Blackstone’s real estate private equity group after the company approached him about working in their real estate group given his technology experience.

However, with a knack for entrepreneurship and a growing interest for innovating antiquated industries, it wasn’t long before Williams was thinking about a new endeavor — disrupting the real estate industry at large. 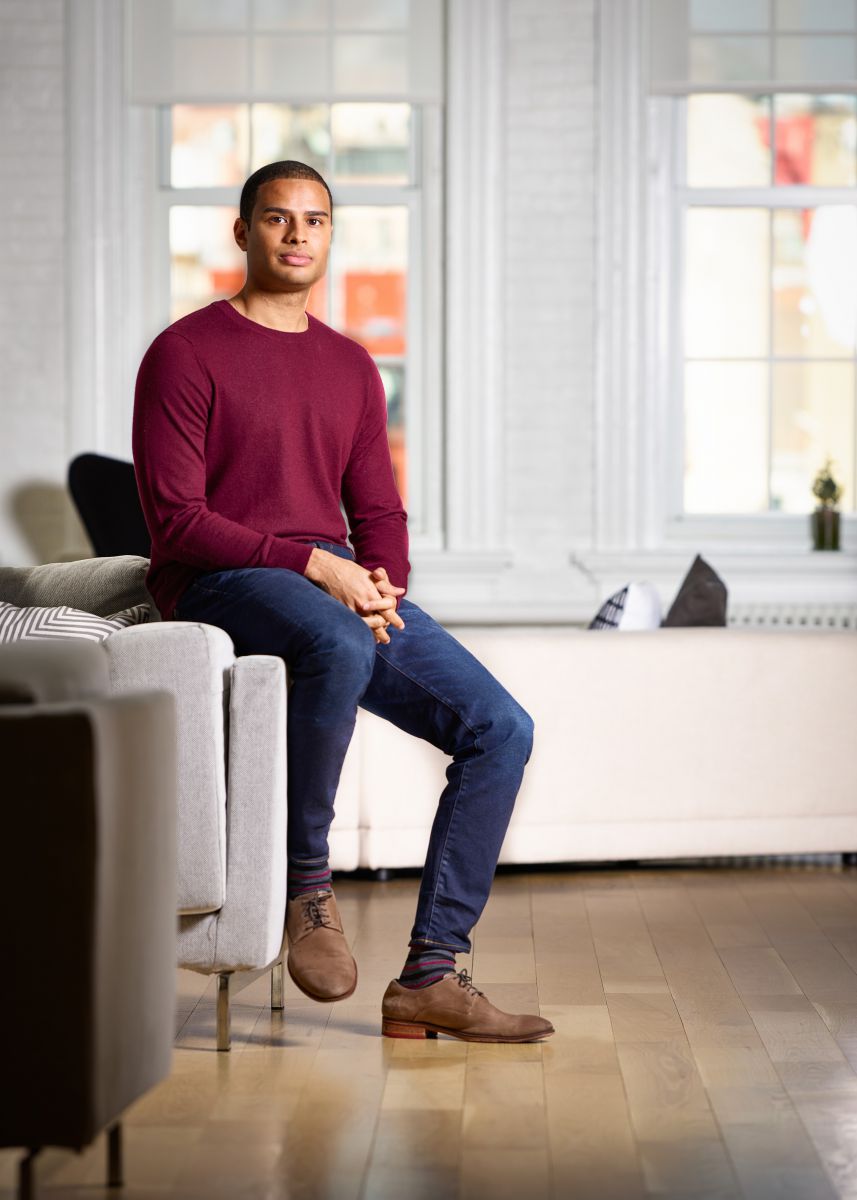 “Between my experiences I had seen how massive the real estate industry really is — it’s literally a 100 trillion dollar industry that only a small fraction of our population can actually access,” said Williams. “So I started thinking, what if I could build a completely revolutionary marketplace? It would be the world’s first digital stock market for alternative assets and commercial real estate to let more people in our global economy participate in these exciting investment opportunities.”

The result is Cadre, a new framework for investing in real estate that offers a more transparent, secure and efficient way to review and invest in transactions. In order to invest in commercial real estate through traditional means, wealthy individuals need to go through a real estate fund, which then decides which buildings to invest in. Cadre’s platform works more like the stock market, where approved sellers can apply to post vetted property deals and qualified investors can buy portions of a specific building.

“We’re focused on taking what has historically been offline and inaccessible and made it completely digital. We’re taking an old antiquated world into our current times and hopefully, as a result, catalyzing a transformation of what it means to be a buyer and seller of things that have historically been opaque.”

Williams compares Cadre’s user buying experience to checking out on Amazon, but with price tags in the $50 million to $250 million range. When you click on a building to buy, the platform presents you with a baseball-card-like overview of information and statistics, like how much equity is available, the purchase price and an executive summary of the building. The platform also presents buyers with an immersive drone video of the building and its amenities.

“Whenever there’s asymmetry in access or information, technology can level the playing field and that’s what I thought we’d be able to do at Cadre by first and foremost letting accredited high-net-worth investors access these type of products that they have historically not been able to through a digital stock market for commercial real estate,” said Williams. “Overtime, we want to let anyone in our global economy do that.”

50 Cadre team members now work out of the Puck building in Nolita. The startup’s team hails from big-name former employers among the likes of Google, Goldman Sachs, Morgan Stanley and Square, who, according to Williams, help to impart the company’s mission every day. In fact, Cadre uses nearly a million dollars from its own assets to let all of its employees invest in deals listed on its marketplace.

“The problem we’re addressing is how do we provide a more vibrant future for every member of the global economy, and how do we do that by giving them access to the type of industries and products that have historically been reserved for a select few?” said Williams. “We’re starting with real estate but we want to expand into literally every privately held industry. My job at Cadre is to make sure there’s alignment and to ensure that every single person here knows why they’re here and what they can do to get us closer to achieving that mission.”

While Cadre has closed nearly a billion dollars in real estate deals on its marketplace from a few hundred active accredited investors, Williams expects the company will expand into other verticals in the future.

“We have a really collaborative, fast-paced and exciting dynamic because we know how high the stakes are — we’re fundamentally transforming the buying and selling process,” said Williams. “My hope is that at some point, due to our technology and investment system that we built, we’ll be able to move beyond real estate and look at any alternative asset class — whether its energy, natural resources, oil, infrastructure or anything that’s historically been privately held or inaccessible — we think everything should be democratized.”

When asked how being located in New York has helped build the company, Williams thinks he wouldn’t have been able to build Cadre anywhere else.

“It’s the perfect environment for us,” said Williams. “I think New York is where the future of tech is because New York is the hub of antiquated industries. It’s where all the offline, traditional industries planted their seeds, and from a recruiting standpoint, people are looking to work for companies where they can have an impact and drive new, transformational human behavior. In New York, we have white space — we’re a pioneer in the financial services tech space and the city is allowing us to be trailblazers.”