Ready to Transition from Individual Contributor to Engineering Manager?

These two leaders have some advice.
Written by Colin Hanner

When companies promote from within, employers — and their employees — win.

According to a 2020 study based on LinkedIn data from 32 million users, employees who were promoted within three years of working for their employer stayed 70 percent of the time — nearly double of those who did not get promoted or make lateral moves within their company in the same time frame. When employees stick around, employers save costs associated with finding a replacement and making up for lost productivity, among other reasons.

Employees, on the other hand, can gain valuable experience, take on more responsibility, and earn more when they’re promoted into a new role. Given the current job market — according to the Department of Labor, there are currently 10 million job openings with only 8.7 workers available — it makes financial sense for employers to start looking within their ranks to fill managerial positions.

But making the move from an independent contributor to a manager isn’t always the easiest transition. Employees who were once ingrained in writing code, for example, are now the ones overseeing employees doing the coding.

To learn more about the new challenges independent contributors face when making the move to engineering management, Built In NYC spoke with two recently promoted managers. They shared how they overcame these roadblocks, and gave advice for those who find themselves in a similar position today. 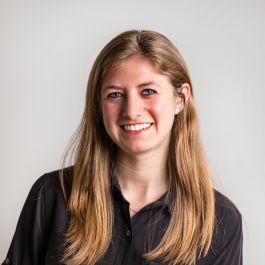 What they do: Cedar is a healthcare financial technology platform that aims to empower consumers to easily and affordably pursue the care they need.

What was the single biggest challenge you faced during the transition from individual contributor to engineering manager, and why?

Prioritizing tasks as an engineering manager (EM) requires a completely different mindset from that of an individual contributor. When an individual contributor is faced with hours of uninterrupted “maker” time, they can pick up the ticket at the top of their JIRA board and get to hacking, architecting, debugging, etc. At the beginning of the sprint, they considered dependencies and worked with their product manager to determine priority.

For an EM, not only is uninterrupted heads-down time rare, but it’s also not obvious what to do in those 30-minute blocks between meetings. An EM’s goals are more big picture, with longer timelines to measure success. These goals don’t break down into discrete tasks as easily as a JIRA epic could be broken down into individual tickets.

How did you overcome this challenge, and how has it shaped your approach to management?

My manager and mentors have helped me define the purpose of my role: I need to look for unspoken issues that can be improved and anticipate issues that will develop in the future. For anything unaddressed that might currently be going on, I invest in feedback from the engineers, product managers, designers, data analysts, etc., on my team. We have a strong feedback culture at Cedar, so people are usually very open to discussing opportunities for the team to improve. Often, my teammates are eager to own the ideas they have for making things better, so it is my job to enable and empower those individuals to create the change and provide support when needed.

Anticipating future problems is a bit trickier. I spend a lot of time making sure I have a clear view of our long-term product roadmap and backlog, reconciling that with the current engineering capacity and each engineer’s individual growth plan. I work with each engineer on my team to explicitly call out future projects that they will want to work on or own, and include that in their professional development plans. From there, I identify and plan for the support that individual will need in order to be successful.

What’s the most important piece of advice you’d give to someone who is transitioning into their first engineering manager role?

If you are just transitioning into an engineering manager role, chances are you are coming from a technical leadership role for projects where you may still be a critical subject matter expert. Ask yourself: What are the things on the team for which you are still critical? Can you get the team to a point where you can go away for two to three weeks and things will still run smoothly? You will likely need to move some of your old responsibilities over to the tech leads. This is often a great growth opportunity for technical leaders on your team to step into the role you were in as a project lead and a great first coaching opportunity for you to help get them up to speed. 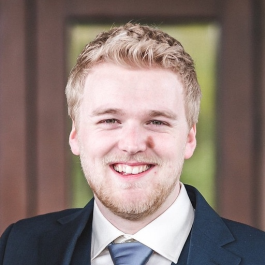 What they do: Kinship’s platform uses data, tech and empathy to improve pet care.

What was the single biggest challenge you faced during the transition from individual contributor to engineering manager, and why?

The biggest challenge in transitioning from contributor to engineering manager was that instead of being responsible for writing quality code and making sure everything runs smoothly, I now have to think way past the next feature or even deployment. Instead of thinking about code, it’s all of a sudden all about people.

It’s a big shift away from being productive and building things to planning ahead and making sure your team is able to work well and work together.

How did you overcome this challenge, and how has it shaped your approach to management?

I think the way I overcame this challenge was to really shift my focus from code to people. And it’s still an adjustment I need to make every day as I’m so used to writing code.

I really needed to zoom out from the day-to-day work and start looking at the bigger picture. I can’t react to things anymore but instead have to plan and take time to think about the direction of where we’re going.

It’s a big shift away from building things to planning ahead and making sure your team is able to work well and work together.”

What’s the most important piece of advice you’d give to someone who is transitioning into their first engineering manager role?

The thought of stepping into management actually hadn’t even crossed my mind. However, my manager at Kinship believed in me and suggested me for the role. He actually had to convince me to take it and really cheered me on along the way! I’m super appreciative of the way he and Kinship have supported me.

I think it’s good to realize that it’s not about you anymore as it was before. It’s about the team you’re leading and managing, and communicating about what they need, what’s expected of them, and where we’re going as a business.