The Power of Internal Referrals - How Yotpo Hired 20 People in 44 Days | Built In NYC Skip to main content
Loading... 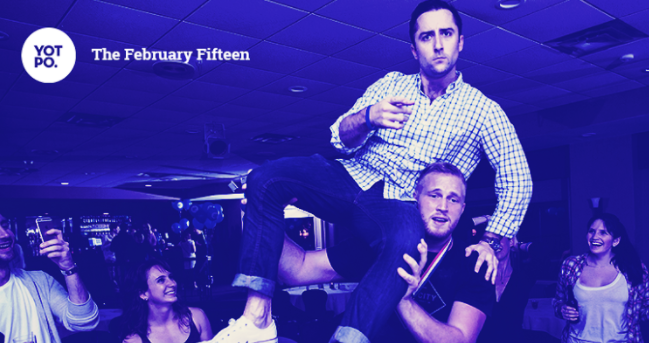 What do you do when it’s February 1st, you haven’t yet hired even one person for the year, and you’re told to hire 15 salespeople within a month?

Between February 14th and March 30th of 2017, Yotpo New York City managed to hire 10 Sales Development Representatives, 8 Account Executives, 1 Salesforce Administrator and 1 Enterprise SDR. That’s 20 hires in 44 days, and that’s within a company that grew by about 60 employees - from 30 employees - over the course of 2016.

For any company, this is exceptional. For a startup with 90 NY employees, this seems almost impossible, particularly given how selective Yotpo is when hiring talent.

So what caused the sprint? 2017 had started strong, with a few key changes:

All in all, these were extremely exciting adjustments, but it didn’t change the aggressive sales goals that we’d established for our organization for the year and the fact that our AE and SDR teams were now short a number of employees who had been included when creating said goals. We had already planned to hire aggressively, and now we needed to do so with even greater intensity. Hence, the creation of TheFebruaryFifteen.com.

On February 3rd we began to construct the campaign, and on February 10th the website went live. The goal of the campaign was to hire 15 exceptional people by end of February which was extremely aggressive and in full transparency, certainly didn’t happen. What did happen was 20 hires by end of March.

These hires were not solely the result of The February Fifteen. An even more important factor was the time and effort our team and managers put into making the campaign a success, through their pushes on social media and through the hours and hours they invested in interviewing one candidate after another. Without them, none of the following would have been possible.

TheFebruaryFifteen.com is a site through which people outside of Yotpo can refer candidates. Initially, we focused our efforts on Account Executive and Sales Development Representatives. Great people know great people, but not every single great person (yet) works at Yotpo. We wanted to incentivize people who may not themselves be looking to explore new roles, or these specific roles, to introduce us to great people who were.

Anyone who referred a person who was then hired would in return receive a $500 gift card of their choice, whether Visa, Amazon or Delta Airlines.

To be completely honest, the website itself only yielded so many referrals. Of the 22 people directly referred in response to the site itself, 12 had relevant experience and 1 was hired. That Account Executive we’re excited to have join our team in May was referred by a Director of Business Development at a technology consultancy here in NYC who had already referred people in the past, and who has now gained a well earned $500 gift card to Amazon.

So...no. One of the Sales Development Reps we hired - who booked a demo his very first day on the floor by the way - was introduced to Yotpo courtesy of a person who had seen our campaigns for TheFebruaryFifteen.com scattered across his LinkedIn feed.

Increasing internal referrals was actually the primary purpose of The February Fifteen campaign (and we’ll get into that later) but for that to happen effectively, Yotpo’s current employees not only blasted the campaign across their social media networks but encouraged their friends to spread the word as well.

We already have a competitive internal referral program here at Yotpo, and seeing the campaign encouraged people to reach out to our teammates with interest in the company, but now employees’ friends were making money too. 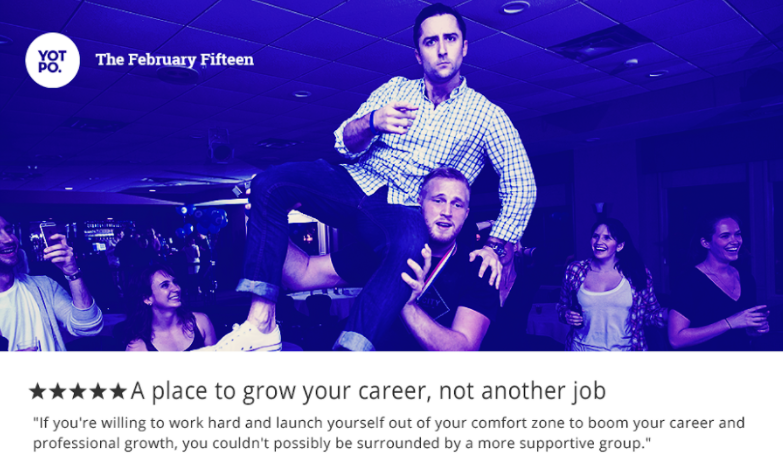 Friends spread the word via Facebook and Twitter, but also on college campuses and alumni boards. The result? Yotpo was in the immediate eye-line of thousands and thousands of eyeballs.

Our current employees felt like they had entirely dried out their referral pools. Either their friends weren’t looking, now worked here, or hadn’t made it through the interview process.

Our talent team had already set aside 1:1s with colleagues to go one by one through their LinkedIn connections, suggesting people who could be matches for our roles. We had held them captive during lunches and after hours, feeding them sandwiches and beers, for “sourcing parties” where we asked them to yet again - sometimes for the third time - come up with new people to refer.

Simply put, when we began The February Fifteen campaign and asked them for more referrals, the team viewed it as a lost cause.

First, we put in place a new incentive around referrals. Already, people received hefty referral bonuses if someone was hired. Now, we created a quarterly referral raffle.

For each referred person that the Talent Team has an initial phone call with, the employee’s name is entered into the raffle once. There is no limit on how many times an employee can be entered into the raffle so the more referrals, the higher their chances of winning. At the end of each quarter, two winners are drawn and each winner receives a $200 gift card to a restaurant of his or her choice.

We send out updates bi-weekly with our current leaders, how many people they’ve referred, and everyone else in the running, in ranking order and alongside the number of referrals they’ve submitted.

Additionally, whenever a new referral is hired, we hand out a comically oversized cardboard version of the check the referrer will soon have in his/her bank account. It can’t be redeemed, but it sure does add some character to your desk. 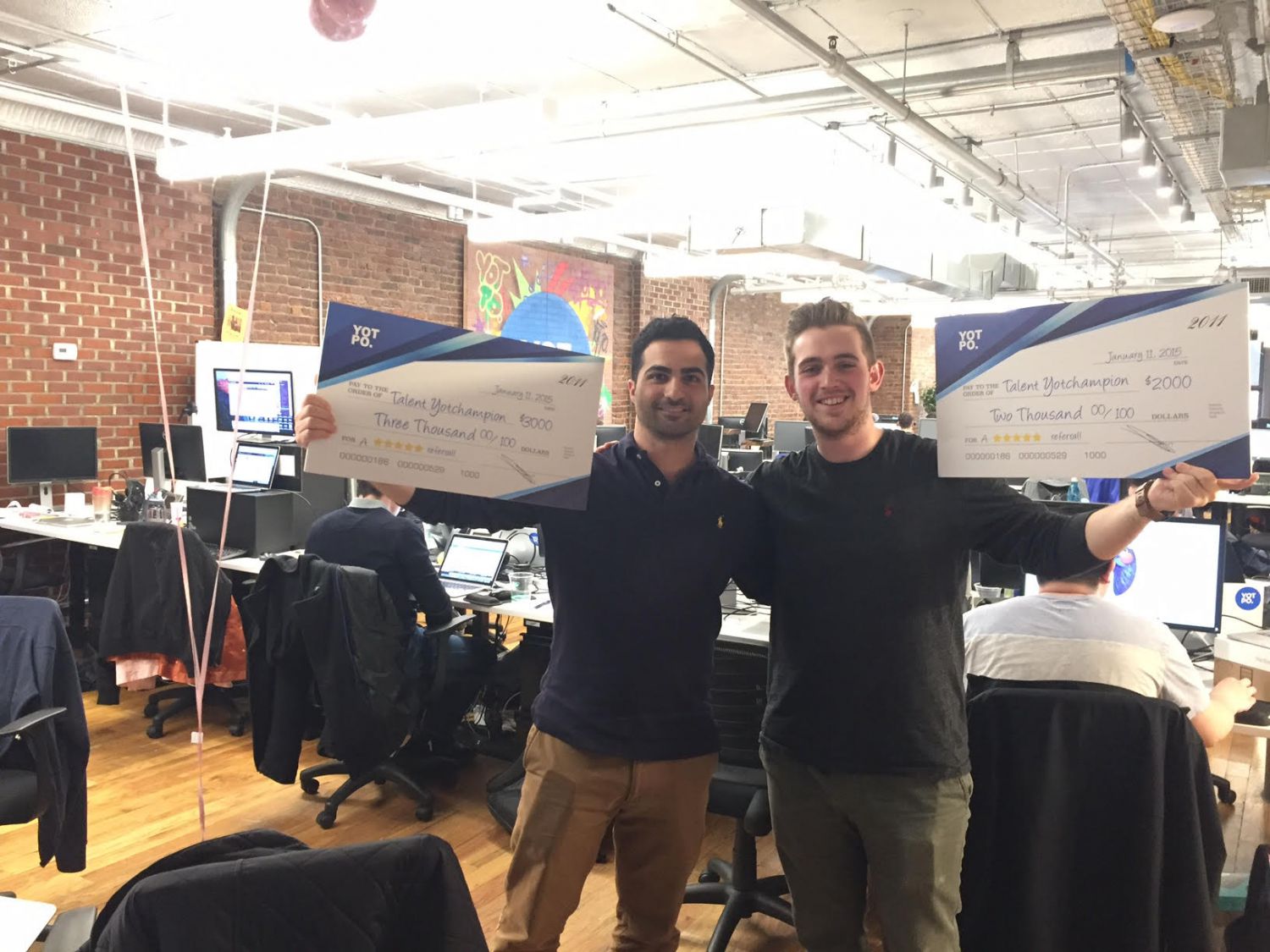 As Account Executive was the utmost priority, we organized what we called the “Rapid-Fire Referral Game” with each Account Executive on our team as well as their managers. Each person committed to a 10 minute slot of time during which they’d be pulled into our back room and bombarded with questions.

We outfitted the room with bowls with Valentine’s chocolates, as well as Sour Patch Kids, and even provided optional mimosas and bellinis. Our employees got settled, we set a timer for 8 minutes, and fired away with questions intended to help them come up with people they had never before thought of whether as referrals, or people who could refer referrals and make money of their own.

Suddenly AEs had new referrals and people they wanted to share the campaign link with.

Oh, and we plastered the office.

If anyone ever saw Grovo’s posts about their 10in10days campaign, which was the primary inspiration for what we did here at Yotpo with The February Fifteen campaign, this might look familiar. 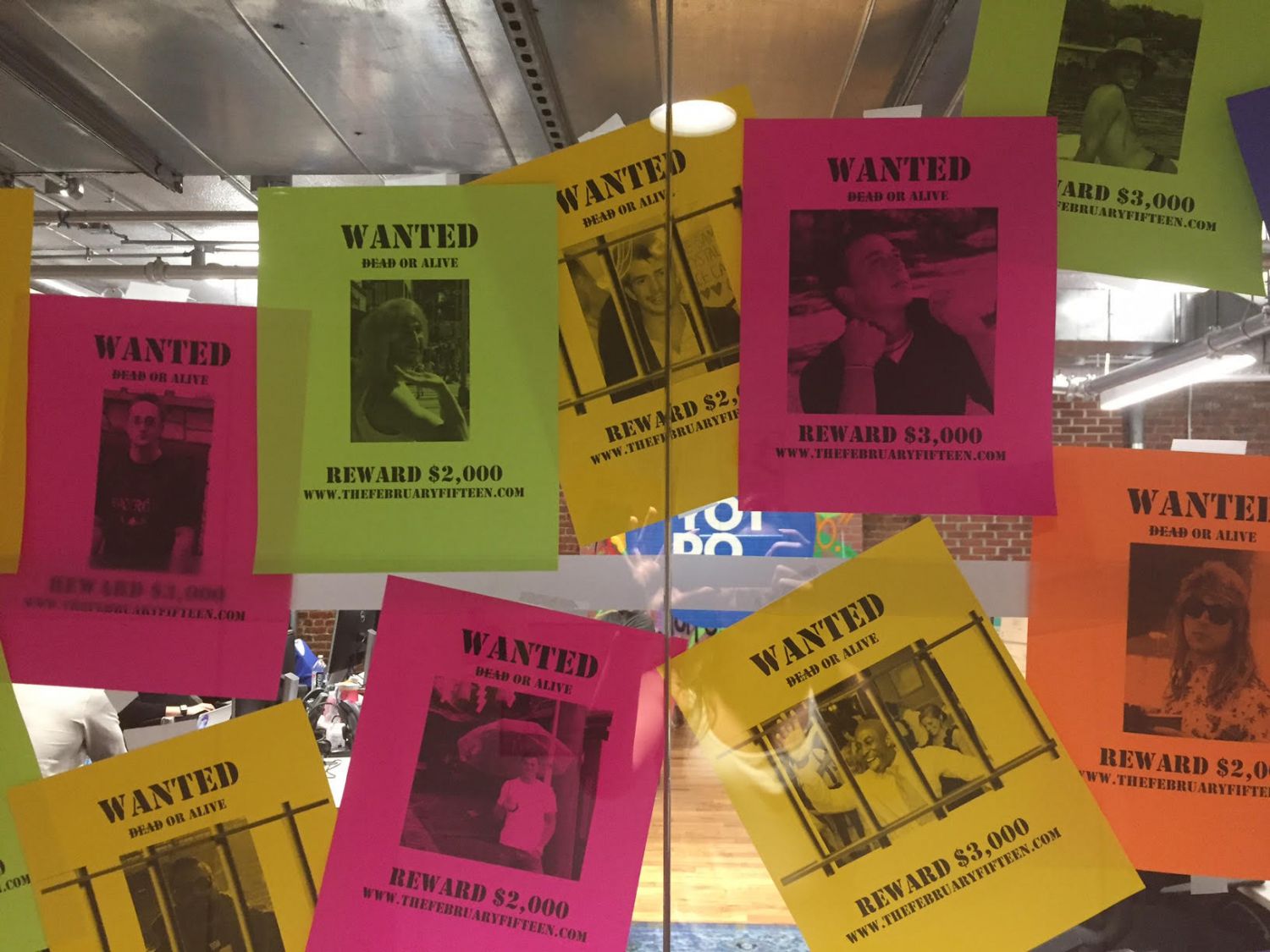 We plastered our office with WANTED signs featuring embarrassing pictures of our Account Executives and Sales Development Representatives. Not only did we have fun looking at everyone’s embarrassing photos, but it served as a constant reminder that we are hiring, we need your help to do so, and you can make money as a result of it.

Plus Partners in Crime

It’s important to note that recruiting at this scale has to be a multi-pronged approach. In addition to boosting brand awareness and referrals, we were knee-deep in College Campus recruiting season. We met a few of our hires at NYC Career and Internship Connections Fair and NYU’s Career Fair.

It was also an imperative time to utilize the relationships we had built with recruiting firms like CloserIQ. There were candidates who may have seen our campaign or posts but who had no prior opinions about Yotpo. A strong recruiting partner serves as a trusted advisor who can provide a candidate with additional inside knowledge about a company, giving that person the comfort to explore an option they otherwise might not have considered.

Why did it take until the end of March to make the hires?

As you can imagine, the rest of the office was hard-pressed to find a conference room to use for anything besides interviews.

Each candidate we hired still spent a minimum of 4 hours interviewing with our team, the vast majority of that being on-site, before anyone ever received an offer.

Each candidate had met and interacted with at least 5 different members of the team, receiving approval across the board from decision makers before ever being extended an offer.

And the folks we hired had a few very important things in common: they’re kind people, determined to work the hardest they’ve ever worked, to surround themselves with some of the smartest people they’ve ever met, and to sell a product they wholeheartedly believe in. They’re a “February Fifteen” that we are proud to gain.