A history of Foursquare: checking in with the company that just raised a $45M round | Built In NYC Skip to main content
Loading...

A history of Foursquare: checking in with the company that just raised a $45M round 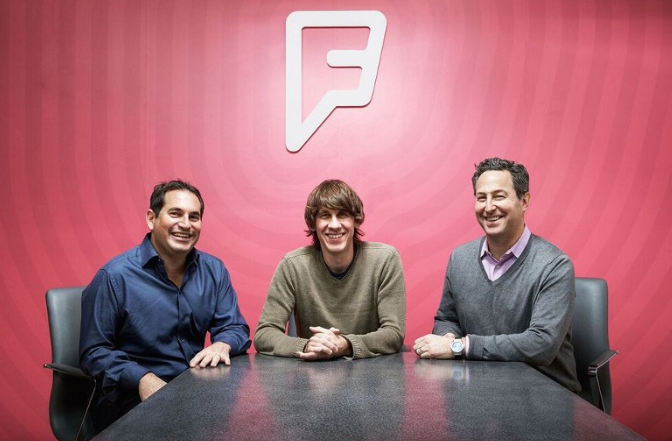 Foursquare
View Profile
Follow
first launched as the breakout mobile app at South by Southwest (SXSW) back in 2009, it sent the media into a frenzy, as location-based social networks were still a novelty. Since then, it’s been a tumultuous journey for Foursquare, augmented by a controversial and risky reboot back in 2014. But today, Foursquare shared some good news in the form of a $45 million Series E, as the fast-growing location intelligence company is on the mend. Here’s a look at the history of Foursquare, a company that was once the most talked about startup in tech.

1999-2005: Foursquare founder, Dennis Crawley, created Dodgeball, a mobile social network that helped people keep tabs on their friends as they hopped from place to place on a given night. In 2005, Google bought the company.

March 2009: Crawley debuted Foursquare at SXSW as an app that let users “check in” to venues and share their whereabouts at the conference. The app was praised at large as “the next Twitter.” At the time, Foursquare utilized a gamification system (points, badges, mayorships, leaderboard and social competition) to appeal to users.

February 2010: Foursquare began forming strategic partnerships with major organizations, including Bravo, Warner Brothers, Zagat, HBO, and Conde Nast. This marks the beginning of the many partnerships Foursquare would form with major companies, as it now even integrates other services into its own technology.

December 2010: Foursquare turned down a (rumored) $140 million offer from either Yahoo!, Facebook or Microsoft, who were all vying to acquire the company.

April 2011: Foursquare got its own day in New York City. Mayor Bloomberg mandated that April 16 would forever be known as Foursquare Day.

December 2013: Foursquare raised a $35 million Series D funding. At this point the company had about 45 million users.

June 2014: Foursquare split itself into two apps. First, the company launched Swarm, which allows users to check into locations and share with their social networks.

August 2014: Foursquare rebooted itself into an app that was basically a reiteration of Yelp. The app did away with gamifying location-based sharing, and focused on recommendations.

Foursquare’s latest financing gave the company a valuation of $250 million, which is less than half of what it was worth in 2013. However, the company announced that the past month, quarter and year brought in the biggest amount of revenue that the company has ever seen. Today, Foursquare and Swarm have over 50 million monthly active users and daily check-ins are at an all-time high.