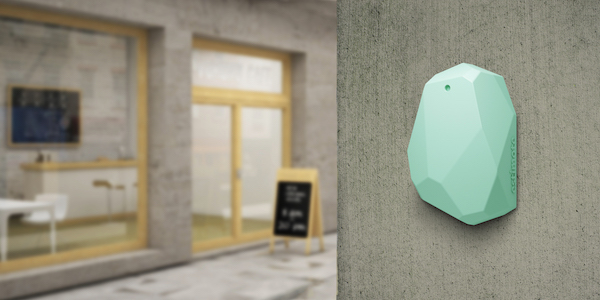 As New York had its first snow storm of the season this weekend, a flurry of funding announcements also hit the city. Apart from Thursday’s Foursquare revival, there have been a few other notable announcements:

Policygenius
View Profile
We are hiring
In the heart of the Flatiron district! Conveniently located near several NYC subway stops, the NJ Path train, and a short walk to Penn Station.
, the direct-to-consumer insurance startup, announced a $15 million Series B led by Revolution Ventures. Policy Genius simplifies the insurance discovery and purchase process for life, long-term disability, renters and pet insurance. Since launching in July 2014, the company has raised more than $21 million in venture capital, including a $5.3 million Series A back in July. The company utilized its Series A funding to expand marketing efforts and target new channels, growing its user base by several hundred thousand. The team will also use the new influx of venture capital to expand the company’s product lines in order to accelerate its growth in the U.S. insurance market.

Thursday also brought a large funding round for cloud-based locksmith

KeyMe Locksmiths
View Profile
We are hiring
, which raised a $20 million Series B. The funding was led by Comcast Ventures with additional participation from Battery Ventures, White Star Capital, 7-Ventures, the venture arm of 7-Eleven, Ravin Gandhi, Coinstar founder Jens Molbak and The Michael Polsky Family Office, among others. The investment will enable KeyMe to launch its next generation of self-service digital key copying kiosks in new markets nationwide, expand its proprietary technology to support more sophisticated automotive transponder keys, scale kiosk production and expand its executive team.

MiMedia
View Profile
Follow
, the personal cloud for sharing family memories, announced the close of a $15 million Series C round. MiMedia allows users to share digital files (photos, videos, music and documents) on all devices, and even privately share personal media among invited family and friends. The funding was led by Micromax Informatics, Thorney Investment Group, Whitebarn Associates and R&R Venture Partners. The new funding will enable MiMedia to accelerate growth, expand its management team and support its existing and launched global distribution partnerships with some of the world's largest tech, media and telecom companies.

Estimote
View Profile
Follow
, a beacon company, raised a $10.7 million Series A funding round. The financing was led by Javelin Venture Partners, with participation from Digital Garage, Homebrew, Box Group and Commerce Ventures. Estimote’s indoor location technology uses small, wireless sensors to broadcast radio signals short distances to smartphones and other electronic devices. The company plans to use the funding to scale the business in the retail sector, as well as grow its teams in New York and Krakow, Poland in product development, engineering, R&D and sales. It also plans to open an office in San Francisco.