Where do unicorns live? Between 35th and Canal 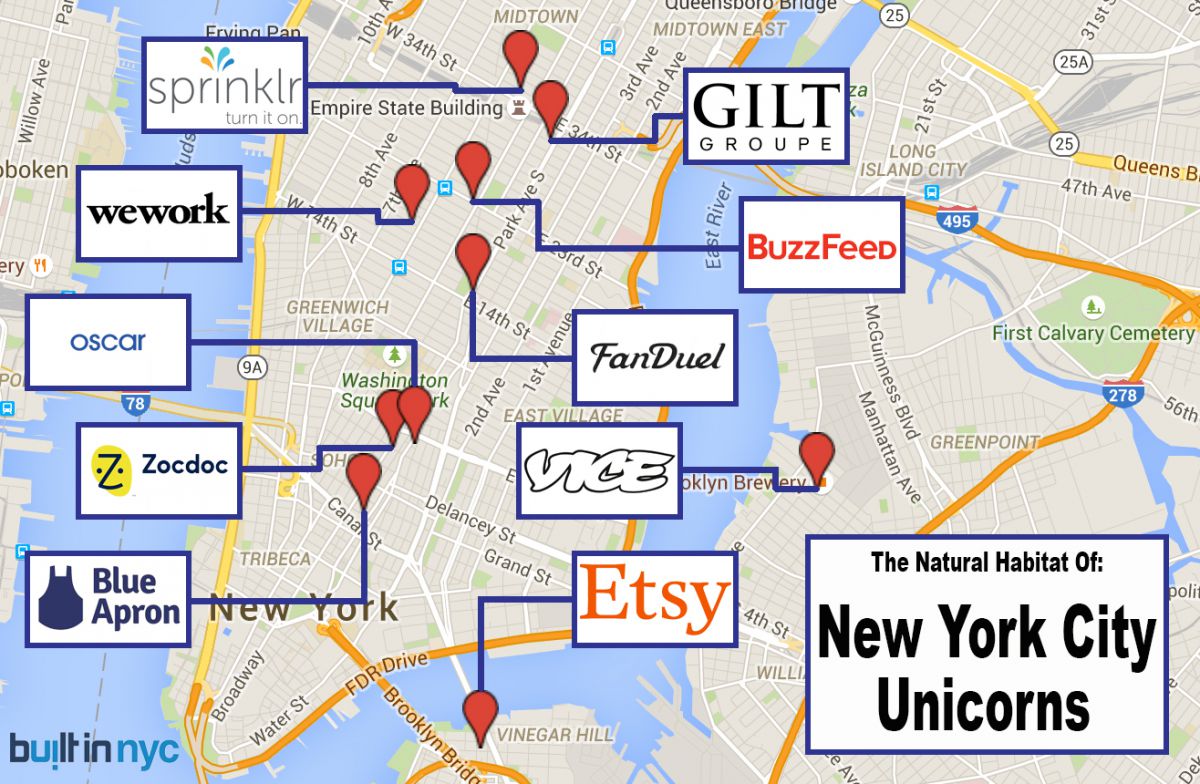 The United States has over 130 technology companies valued at over a billion dollars. Of those, 10 live in New York City and have a combined value of over $26.8 billion. To put that into perspective, that's about a billion dollars less than Vermont's 2015 GDP.

As you might expect, the majority of New York’s unicorns have their headquarters squarely in the middle of Manhattan. Interestingly though, none live in Lower Manhattan or Midtown, the city’s traditional centers of big-business.

All of Manhattan’s unicorns are located between Canal and 35th Streets, down the center of the island. The eight companies that call the island home are:

Zocdoc
View Profile
We are hiring

Just two of the unicorns are located outside of Manhattan —

— and both of those are located in far western Brooklyn. Etsy is headquartered in Dumbo, while Vice Media is in Williamsburg (conveniently located around the block from the Brooklyn Brewery).

New York City's unicorns may still be outnumbered by the Bay Area's, but the number is growing. Late in 2015, the New York Times put out a list of 50 companies on their shortlist to becoming unicorns, and eight New York-based companies were included. Interestingly, all of those are headquartered in Manhattan.