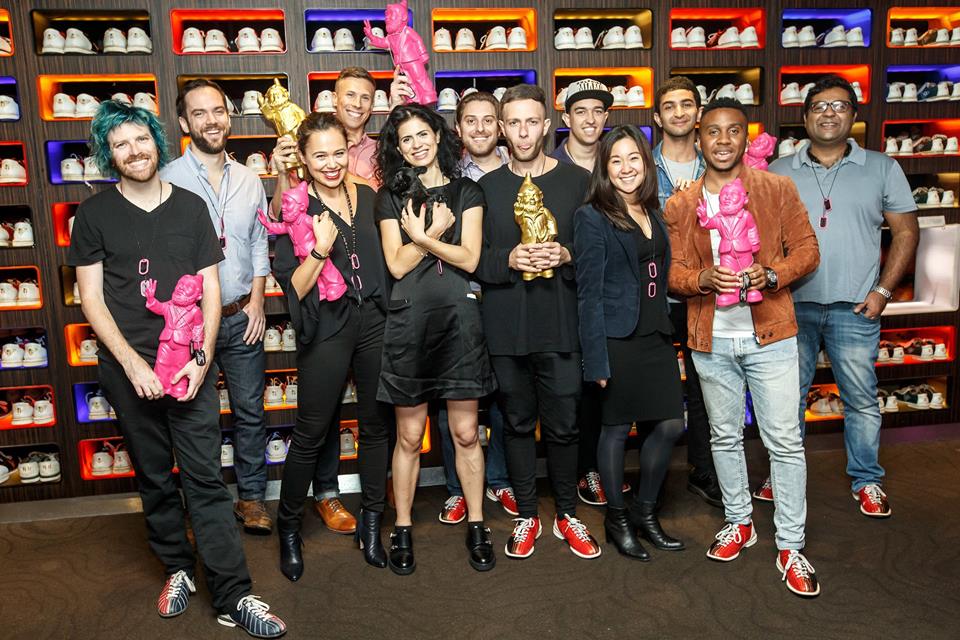 Knotch, a four-year-old web measurement startup, has a lofty mission — to improve the effectiveness of digital advertising. The company does this by helping advertisers track the impact of their digital ad campaigns, presenting readers with interactive graphic boxes at the end of articles that work as a one-click survey.

The company was founded in 2013 by Anda Gansca, who launched the business in San Francisco and then decided to move Knotch to New York to be closer to clients — companies like GE, Unilever, JP Morgan, HPE and Prudential, to name a few.

Now, with $15 million in funding and a growing 25-person team, Knotch is setting itself apart among local startups not only through its technology, but through its staunch commitment to internal diversity. In fact, half of the company’s C-suite are women, half of the executive team are immigrants and 40 percent of Knotch employees weren’t born in the U.S.

To learn how the company has ingrained diversity into its hiring strategy and culture, we spoke with Allison Stoloff, Head of Ops at Knotch, who came to the startup after stints at both Oscar Health and Facebook.

What originally attracted you to Knotch?

For me, a major draw to Knotch was that the company’s C-suite is very gender diverse — half the team is women. I really believe that diverse teams work better and foster more innovation.

So how does Knotch specifically hire for diversity?

Hiring for diversity needs to come from the top — the executive team really needs to care about it for it to happen. You can’t just talk the talk. The executive team needs to walk the walk and fortunately, here are Knotch, our leadership team does that in the way they approach recruiting.

What are some of the tactics you use?

You really need to make sure you’re not saying, “Well, we’re not getting enough women applicants and that’s why we’re not hiring a diverse team.” Instead, you need to figure out how to increase the size of the funnel. One way to do this is to look at your job descriptions and make sure they don't include unconscious biases that turn away women just by how the language is written. You also have to make sure that you’re actively seeking out talent, whether that’s through channels like LinkedIn or networking groups. You have to be proactive.

What’s an example of an unconscious bias a company might use?

One good example is how, in a job description, it might list that the applicant requires over 10 years of experience. Studies have shown that men will typically apply if they only have five years of experience, but women will not. We’re focused on avoiding language like that, and instead on the skills that candidates actually need.

With diversity in mind, what drew you to Knotch coming from larger tech companies like Oscar and Facebook?

As to why Knotch specifically — I would tie it back to the team. The CEO is truly an incredible leader and I could tell early on that the executive team really cares about people. That includes having a diverse team to make us work better.

What advice would you give other companies seeking to create diverse, all-inclusive cultures?

One of the most important things to remember when it comes to diversity is caring about it early on. Companies often wait too long to make diversity a priority, and if you get to a point where you don’t have a diverse team, it’s going to be harder to attract talent.

But when you have a group of different thinkers coming together to solve problems, you come out better on the other side. You need diverse opinions to challenge the status quo, and that’s served Knotch well so far in being able to solve problems more creatively.