Want to Break Into Tech Sales?

NYC professionals Leah Barlow and Christie Young went into careers in social services straight out of college because they are empathic, logical, and skilled communicators.

What the two women didn’t realize was that the same soft skills that made them so qualified in their respective roles in art therapy and domestic violence counseling translated to industries beyond those that friends and families initially encouraged them to pursue.

“You get used to what’s familiar, and sometimes that familiar is not the most beneficial for you,” Barlow said.

And they’re not alone.

While more and more women are getting into tech and reshaping other traditionally male-dominated occupations, hurdles like the leaky pipeline, a lack of mentorship options and gender bias do exist.

Such hurdles didn’t stop Barlow and Young, who found fruitful careers as senior account development representatives at business intelligence software company Sisense. They took a risk – and it’s paid off in spades.

“I realized that these traits that are often considered ‘feminine’ would carry me really far in this role,” Young said, referring to her warmth and compassion, which would prove useful in the tech sales world. “I said, ‘Wait a minute, I can make a meaningful impact in other ways.’”

Both Young and Barlow have capitalized on their ability to make genuine human connections – a skill that could benefit virtually anyone in any career. Now, they and the business are better off for it. 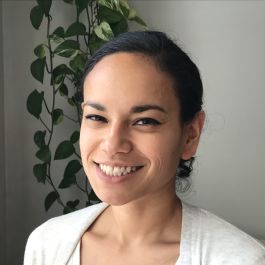 How did you get into sales and what spoke to you about the role initially?

Senior Account Development Lead, Leah Barlow: Being a therapist requires a lot of individual work to help people succeed. I did some soul searching to get into sales, and I found a tech sales bootcamp called SV Academy. It helped me realize how many soft skills I already possessed that overlapped with sales, especially active listening. I’m used to sitting for hours listening to people. My skills were so much more aligned with a sales role than I had initially thought. 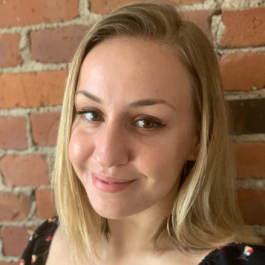 Senior Account Development Christie Young: Long story short, I tried on different hats in my previous role and nothing really fit for me. Working with a lot of female mentors helped guide me to arrive at business development. I’m a good communicator, I have a lot of energy and I’m kind of competitive. And so I became an ADR.

That’s a big leap. How did you realize that it was a leap you wanted to make?

Young: When I worked at the domestic violence shelter, I did six months full-time and then part-time for about three years. My takeaway from that role was that I could remain calm, work with a lot of people and never get too involved in an unhealthy way. And I was able to maintain order.

I like tech because I still feel like I’m making an impact. I’m helping companies become more data-driven and innovative. I know that on an individual level, when I’m working with prospects, I’m helping them solve a challenge. That’s something that gives me a lot of satisfaction.

I also find other ways to be involved in my community in my spare time. We have self-care days at Sisense. On those days, I commit to making calls for a mutual aid organization in my community. Additionally, moving into a position with higher earning potential means I can donate to causes I care about and have an impact that way.

Barlow: There are a lot of opportunities to translate the social-impact aspect of my personality into my work with Sisense. When I first joined, I was really amazed at the fact that we work with Salvation Army, The Trevor Project, and Crisis Text Line. When I first trained as an art therapist, I was still writing on paper charts and some of the computers looked like they were Windows 95. I was doing meaningful work then, but I didn’t know that tech could help make a difference in the world, just in a different way.

What skills do you rely on most in your role at Sisense? And what skills have you gained since being there that you didn’t bring with you?

Barlow: Active listening is definitely one of them. Being able to ask the right questions is really important in sales and kind of comes naturally over time. But if you’re used to asking questions that dig a little deeper, that helps.

Perseverance also helps, and the ability to handle pressure. This job takes a certain kind of person, but I think that person falls into a wider scope than what we initially picture when we imagine who would traditionally succeed in this role.

Young: I did well working at a domestic violence shelter because I didn’t mentally enter the fray. That skill manifests itself in sales because I don’t get too fazed by rejection or by the grind. I know not to take it personally or get too involved.

Another thing that’s been really important for me is the “golden rule.” You have to be very persistent with outreach, but I try to communicate as I would want to be reached out to. I write compelling messages using words that are respectful of someone’s time, which helps me maintain dignity in my role.

Take up that space, get what you deserve, do good work and reap those benefits.’’

What advice do you have for women who are looking to get into tech or a role in sales, but are not there yet?

Young: Just do it. Being an ADR is awesome. It is tough – it’s a huge grind – but almost everyone faces immense pressure in their role for whatever reason, whether it be working in a domestic violence shelter or working as an art therapist. If you want to do customer success, or to go into marketing, tech sales is a good springboard to prove yourself, earn a competitive salary, and then figure out how to position yourself from there.

I think there should be a narrative around women feeling OK saying, “Wait a minute, I can make a meaningful impact in other ways.”

Don’t feel like you are taking up too much space. Take up that space, get what you deserve, do good work and reap the benefits.

Responses have been edited for length and clarity. Images via Sisense.