The New York City subway system, besides carrying around 5.6 million people a day, operates as a massive advertising platform. Riders are stuck underground, far from the luxury of LTE, with nothing better to do than look at advertisements plastered on trains and platforms. They are a captured audience, but you still need to catch their attention.

In recent years tech companies have taken over a lot of the subway's advertising space, and that has had some hilarious (and occasionally disastrous) consequences. Here are some subway campaigns that have caught our attention over the years.

is the king of New York's subway advertisers. Their ads are plastered all over the subway system and are almost all hilariously on point. 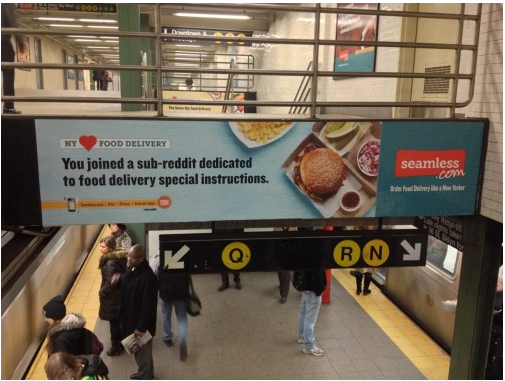 We couldn't find the sub-reddit they were referring to, but we did find this Seamless blog that highlights users' ridiculous delivery instructions. My favorite delivery instruction: "Once again: give me some killer toppings. Make the tacos dank as shit. Mothefuckin’ blaze city up in here."

We looked it up. The correct pronunciation, at least according to Merriam-Webster is ji-row, as opposed to gear-row. You're welcome, and don't worry — we were saying it wrong too.

Grubhub
View Profile
We are hiring

Grubhub
View Profile
We are hiring
and Seamless merged in 2013, but their advertising campaigns couldn't have been more different. Here are a few that look South Park-inspired from a couple of years ago: 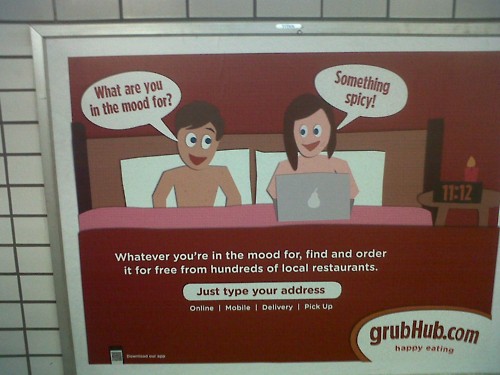 We're not sure what she's implying, but we're pretty sure she shouldn't be ordering it online. That 'pear' computer is a nice touch. 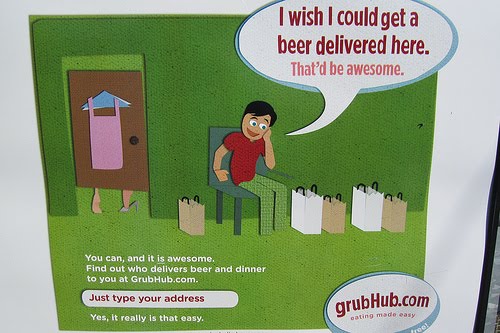 Speaking of being too lazy to get your own beer (which I am), the on-demand liquor delivery service

Minibar
View Profile
Follow
has their own subway ad campaign. 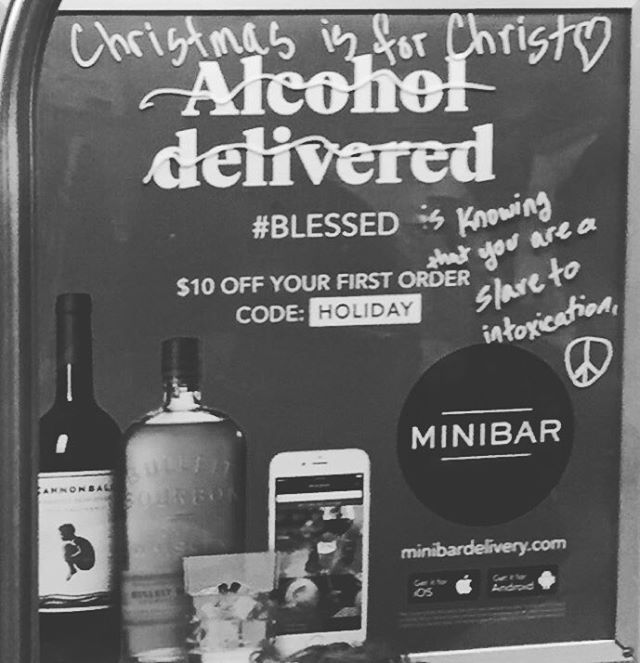 Sadly, this was the only Minibar subway ad we could find. We're not sure what the graffiti is trying to say — or even if its pro or anti alcohol — but regardless, we're always thankful for a $10 discount on booze. Thank you Minibar!

The company had Lucas' face plastered all over the place. Which, apparently, pissed off a lot of people who couldn't figure out who Lucas was, or what Venmo does. 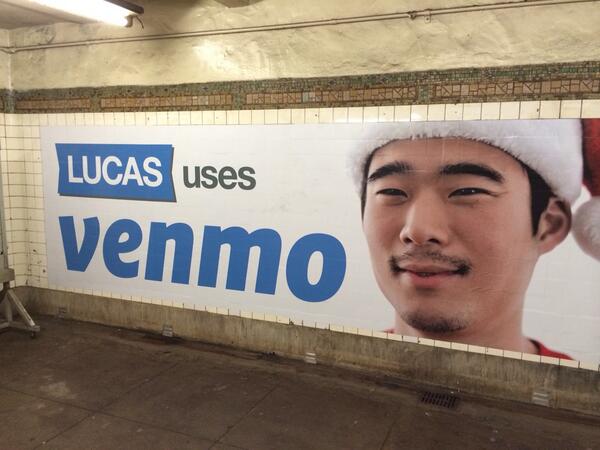 We looked into it, and Lucas is a software engineer at Venmo. He was new to the company when the ads ran, he lives in walkup in Brooklyn and is usually clean shaven (the photos were taken in movember). You can find an interview with him here, and honestly, he seems like a really nice guy.

Boxed
View Profile
Follow
, a bulk online shopping company, decided to catch onto the anti-Lucas sentiment at the time and ran their own Lucas-themed campaign. Instead of telling subway riders what Lucas does, they went with what he doesn't do. 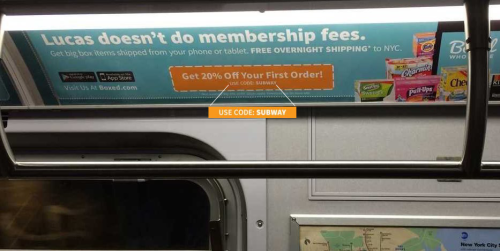 We were not immediately able to ascertain if Lucas does, in fact, not do membership fees.

Oscar Health, one of the city's largest tech startups, is no stranger to subway riders. Their ads featuring cartoonish images with health problems are all over the city's subterranean walls. 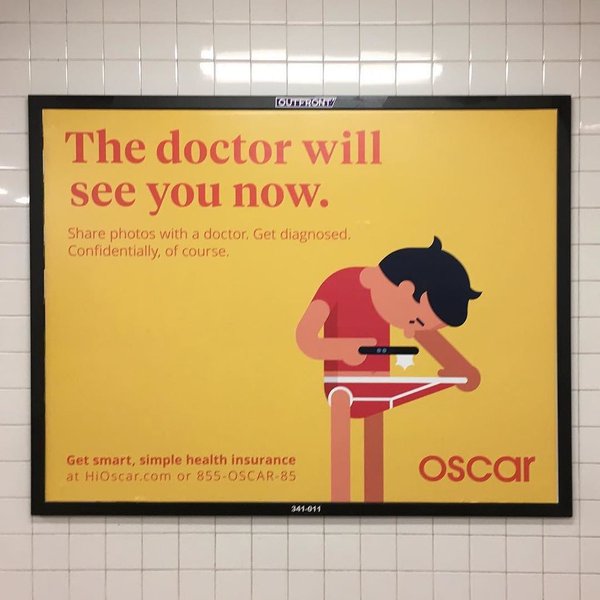 Oscar wants subway riders to know that it's ok to take photos of your junk — just so long as you're sending them to your doctor. Are you reading this Anthony Weiner?? Brett Favre??? Any of the 20 guys profiled in this VH1 article???