Bang that gong: inside the sales traditions of 5 NYC tech companies

Sales teams are a bit like a tribe. Sure, they all compete against one another, but they have their own unique traditions that bind them together into a team working towards a common goal — making money. We did a little sales team-anthropology, and investigated some of the traditions that New York's sales teams have adopted. While we found no evidence of cannibalism or ritualistic human sacrifice, what we did find was fascinating. Behold, the inner traditions of the New York tech sales team: 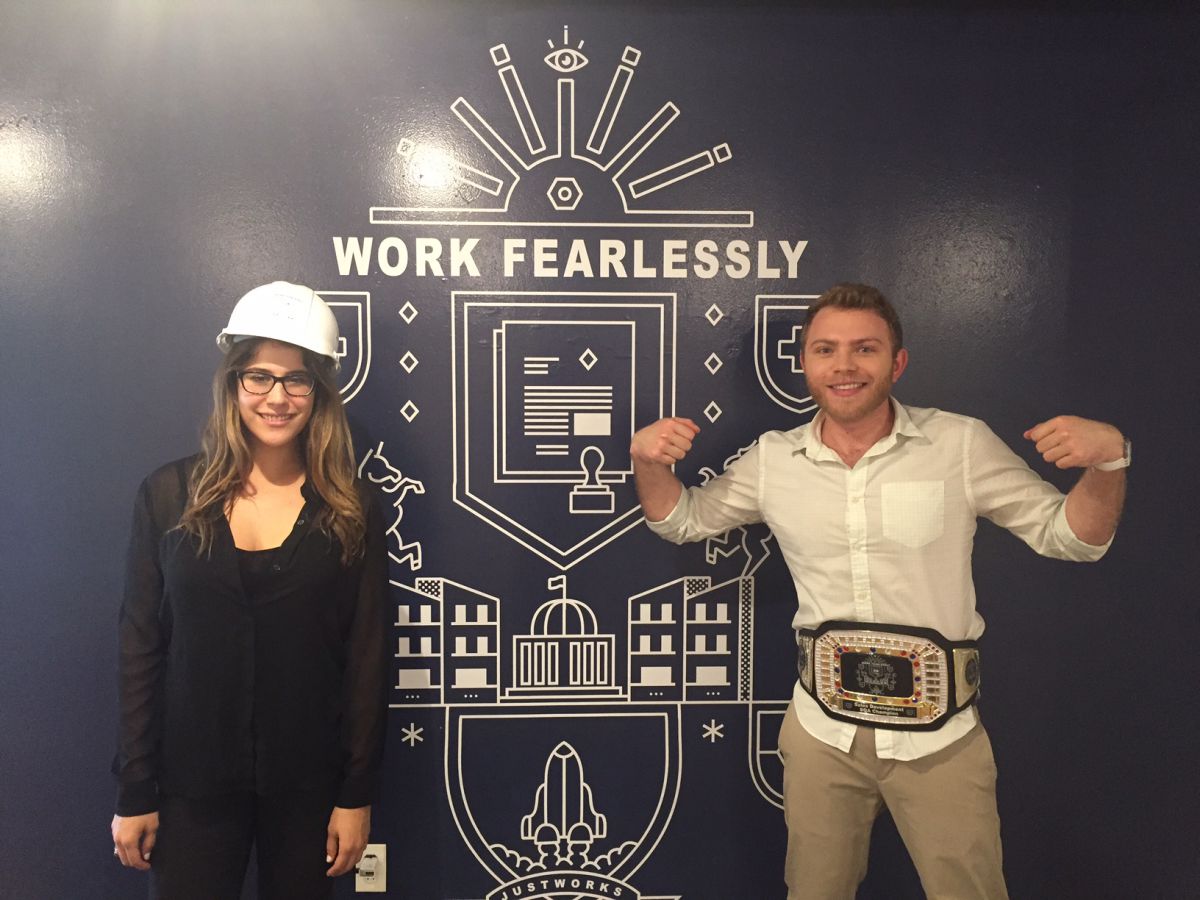 The Justworks sales team has some very noisy traditions. Whenever their sales department gets an SQA (Sales Qualified Appointment), they're known to ring a cow bell. When they actually close a deal, they up the ante, ringing a massive gong they shipped over from China.

Not all of their traditions involve ear-splitting celebrations. On a monthly basis, they crown a SQA Champion, who receives an ornamental boxing belt. They also have a Big Fish Award, which goes to the account executive who closes the biggest deal of the month, and a Hard Hat Award which goes to their overall best performing Account Executive.

"It felt great to win something so beautifully designed and personalized by the sales managers, Brent and John," Zachary Ashenfarb, SQA Champion of April 2016 said. "The belt reflects the care and support that motivates our team's success in the first place." 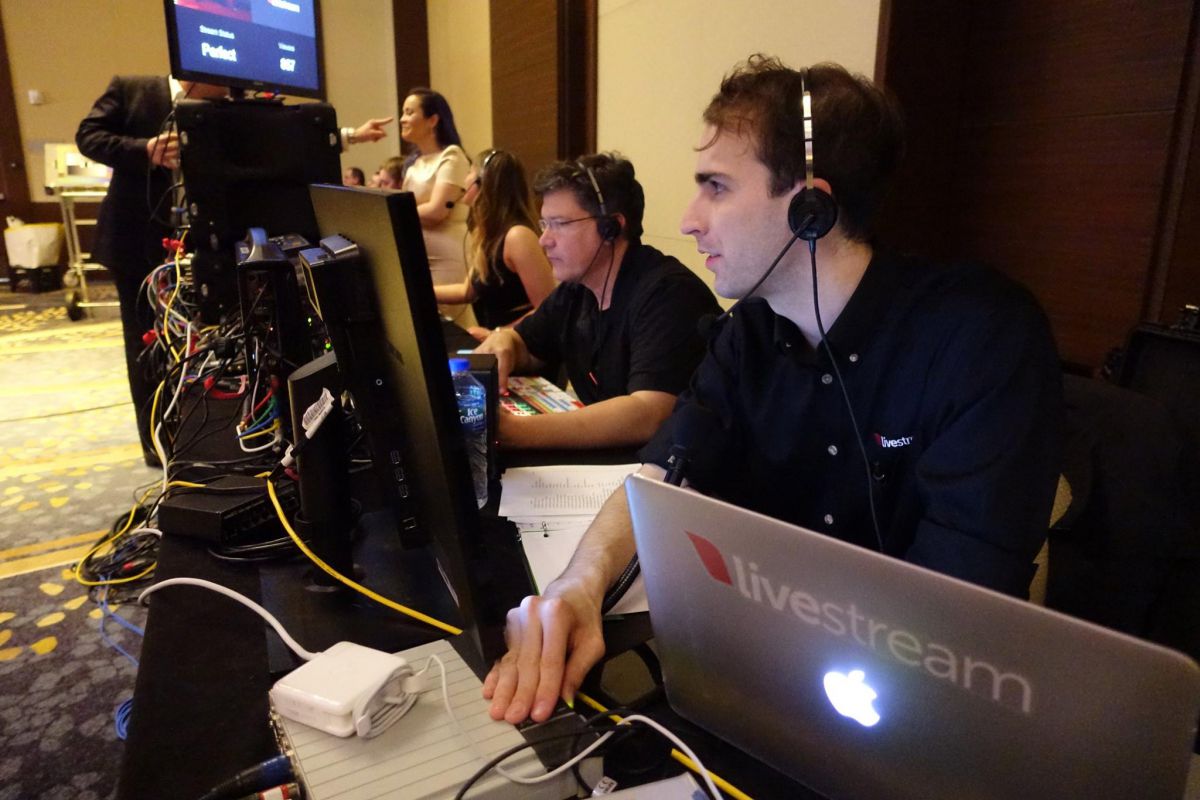 Every morning Livestream does a daily huddle at exactly 8:52 a.m. Every member of the sales, customer success and marketing team will state their daily goals — and then they're off to the races. At the end of every week, they have a wrap up meeting where team members will vote for one another and give shoutouts to people who went above and beyond that week. The individual with the most votes is awarded the Streamer of the Week award.

They also hold something they call the John Marshall Society, which is a steak dinner for the top performers of each team at the end of the quarter. In addition, they hold team outings whenever their goals are achieved, and they all wear red shirts on closing day. 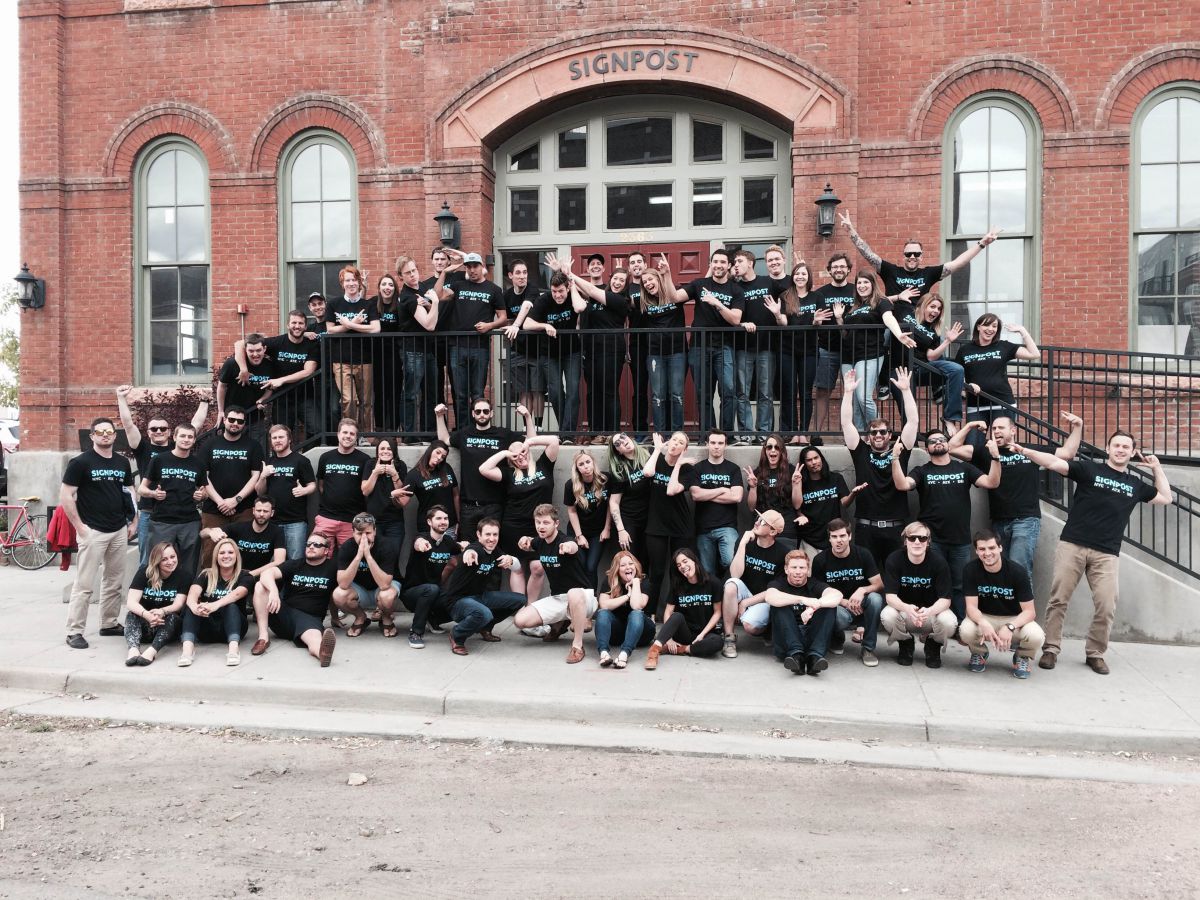 Signpost went high-tech with their traditions. They have scoreboards on televisions placed strategically around the office. Each scoreboard shows where every team member ranks yearly, quarterly, monthly and even daily.

Whenever a sale is made, the scoreboards — which are connected to a surround sound system — play the sound of a gong. After that, a picture of the sales person flashes on the screens and that person's 'sales song' plays around the office. Everyone in the office gets up and high-fives the person who made the sale.

At the end of the month, the top twenty percent of the sales team takes off early and heads to happy hour or for some other sort of bonding activity.

"Everyone get's excited when the gong goes off on the scoreboard and one of the team member's picture appears and their song plays," Matt Green, Signpost New York Site Lead said. "It can get a little crazy when we have a big sales day.  Our monthly All Star outings are a huge hit; the team pushes all month for the recognition of being an All Star and the chance to let loose a little with the rest of the team." 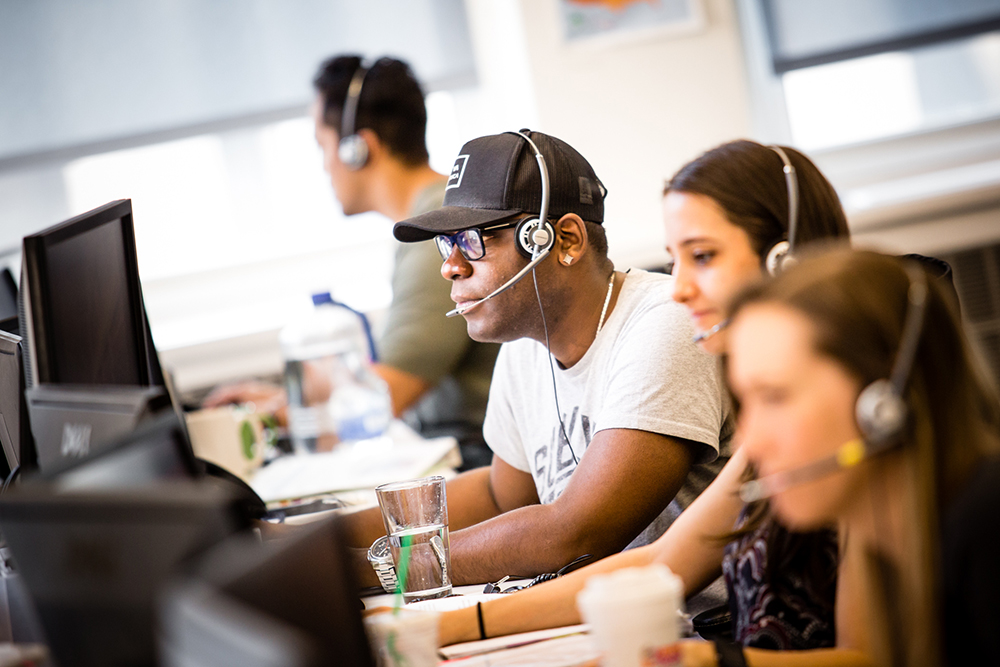 Main Street Hub's sales team is all about embracing positivity. Their team is an encouraging bunch, and seem to always have a reason to celebrate something.

They too have a custom-made gong. Whenever someone makes a sale they ring the gong. When a new team member makes their first sale, their sales manager will push them through a high-five tunnel made up of the entire team. After being rolled through the gauntlet, they'll stand up and give a bow as their team applauds.

Main Street Hub also holds a monthly awards ceremony. There, the Hometown Hero Award will be presented to the top sales representative of the month, who can expect to be showered with confetti while being awarded a bejeweled boxing belt.

"We are all about fast starts and challenging ourselves to improve our performance and push through our comfort barriers," Mike Zaretsky, Junior Director of Sales said. "We strive to create an environment where we have a healthy balance between fun and accountability.” At the end of each quarter, the sales team has a heavy-weight champion belt that they award to their top performer. But, if you ask them what their traditions are, they're likely to tell you that their longest held sales tradition is simply the closing deals and the making of money.

"If our team hits our quarterly number we go out as a team to do something fun in NYC," Jeremy Seltzer, Director of Strategic Accounts said. "The event is chosen by the top performer of the quarter. Amongst other things, we've gone to hockey games, out for drinks and Escape the Room!"