Move Over, Career Ladder — Make Room for the Career Lateral

Sometimes it makes sense to go sideways, even if it’s not the traditional way to get ahead.
Written by Kim Conway

There’s a misconception in the working world that if you’re not moving forward — or up, for that matter — you must be moving backward. But such a mindset discredits those who opt to move around to explore their interests, passions and skills and to learn and grow in their careers without leaving a company they’re already a part of.

The problem with thinking of career paths as straightforward, single lanes is that they’re more like two-way streets — there’s always room to change lanes or make a U-turn.

And above all else, there’s no one correct route to take.

With her sights set on the future, Natasha Jaffe is broadening the horizon of her career, allowing for more options down the road. From a product-focused role to a platform role, Jaffe took on the challenge of moving sideways within Flatiron Health as a means of developing her engineering background: “I knew having groundings in this field would be valuable if I ever wanted to participate in an early-stage startup someday.”

As it turned out for Jill Conforti of LeafLink, transitioning from marketing to client onboarding was more seamless than she realized it could be, thanks in part to finding an overlap in her skillset: “My brain started churning ideas and I realized that I could use my marketing experience to take onboarding to the next level.”

What’s more, she realized that her career doesn’t have to remain on the same track or within the same department — she can adapt her skills to be used in new and different ways elsewhere. Conforti, now an onboarding lead, has found herself feeling more connected to the product and customers she’s working with.

Rejecting a linear career path might feel uncomfortable at first, but the opportunities for both personal and professional growth are bountiful. We talked to these two local women in tech about their lateral career moves and how their respective teams played a big role in making them happen. By combining their goal-oriented mindsets with the support of their companies, they’ve each found success on unconventional, nonlinear paths.

How did you know making a lateral career move was the right choice for you? What steps did you take to make it happen?

A few months ago, I realized that I wasn’t feeling fulfilled in my role. I’m passionate about the company and what we offer, but the specifics of what I did on a daily basis weren’t exciting for me anymore. It was the right time to make a change.

LeafLink was supportive of me in my search for a role more aligned with my goals, making the transition smoother. I realized I wanted to be speaking with real people in our industry — the individuals who are driving the cannabis field forward. But I never had a client-facing role before, so I began talking to people on those teams.

That’s when I discovered my interest in client onboarding. I’d be able to define and build processes on a new team, helping improve the customer journey using my marketing experience.

I reached out to our recruitment team and my potential new manager and team member. I stayed in touch with them throughout the entire interview process while they assessed my candidacy. At first, the choice to shift career paths was scary, but within a month I knew I made the right decision. I love my new role in client experience.

I realized my career path is malleable — just because I leave one field does not mean it disappears.”

What has transitioning into this new role unlocked for you?

Through experiencing different roles, I’ve learned more about what is important to me in the workplace — all while navigating different leadership styles, team structures and measures of success across an organization. The more experience I get with this, the more I can define what matters most to me. I believe this will also help me discover the type of person I want to be at work.

I learned that I don’t have to stay in the same department to be successful. I spent so long trying to figure out what aspect of marketing I wanted to specialize in and now I know that a more client-facing role was the answer.

I see nothing but growth in my future, and that vision keeps me going. I look forward to solving problems for our customers and applying my marketing knowledge in new ways. Because of this move, I have a completely new appreciation for our product and my role in the customer’s journey.

What advice do you have for other people who are considering making a lateral career move?

The first thing I did when I realized I felt unfulfilled was start talking to coworkers across multiple teams. It was through these conversations that I realized my career path is malleable — just because I leave one field does not mean it disappears. I can always go back. And if I do, I’ll be going back with even more knowledge under my belt.

Don’t feel guilty leaving your team or projects behind. It was actually through talking to my colleagues that I was motivated to make the move without carrying any guilt. I still get to work with my previous team, just in a new capacity. Do your best to wrap up and hand off. If your team doesn’t support you trying something new, they don’t sound like too great of a team.

If you are planning on moving out of your role, or even just have an inkling, start by clearly defining everything you currently own. This will help your team, the person who will backfill your role and more. Based on that list, think specifically about what you actually enjoy doing. What do you not look forward to every week? Use this to guide you as you make decisions. 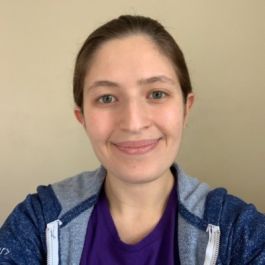 How did you know a lateral career move was right for you?

The engineering organization at Flatiron Health was historically structured in two primary groups: Flatiron HC and Flatiron Evidence. HC, where I spent the first six years of my Flatiron career, focuses on helping oncology practices spend more time with patients — instead of software — through our products such as OncoEMR. The Flatiron Evidence team works with our partners to deliver powerful insights into cancer treatments and accelerate innovations in that space.

I was an engineering director for HC, focusing on the needs of clinical users, before I made a lateral move. I went from that product-focused role to a platform role within Flatiron Evidence. Prior to my move from HC to Evidence, my experience focused on product teams with traditional, full-stack development. I knew that I was ready to try something new, and I received a lot of support from my then-manager, who helped me think about the skills and experiences I wanted to build in my next role. I felt that platform exposure would help round out my experience as a software engineer, and it was something I had always been curious about.

What has transitioning into this new role unlocked for you?

This move gave me exposure to parts of the software engineering space that I’d previously had limited or no experience with, namely DevOps and machine learning ops. I wanted to learn something new.

I received a lot of support from my then-manager, who helped me think about the skills and experiences I wanted to build in my next role.”

What challenges did you face while establishing yourself in this new career, and how did you overcome them?

As an engineering director for HC, I grew with the organization. I had all the context about the role from the beginning and worked on the majority of code and systems that my team owned.

Working with the Flatiron Evidence team is entirely new to me, so I’ve had to be very structured in making decisions and pulling in perspectives. I’ve now learned to strategically engage with the expertise of those around me — including my teams, peers and manager — to inform my decisions and allow me to grow as a delegator. Although it has been challenging, I’ve appreciated the opportunity to get into the weeds with those teams and their problem spaces, as it’s helping me build the context I need to succeed in this role.