How Do You Get a Date During a Pandemic?

Getting dressed up for an exciting first date is a no-brainer. But what if the date was taking place not at a cute cafe or trendy bar — but via video call?

It wasn’t that long ago that the proposal of a virtual date would be seen as out of the ordinary. But with stay-at-home orders and social distancing practices in full swing, meeting up in person isn’t as socially acceptable or logistically doable as it once was. Virtual dates have become part of the ever-growing list of behaviors that no longer seem so odd.

Marcus Lofthouse, the chief product officer of the online dating app OkCupid, says that this behavioral shift demonstrates that while the social landscape may have changed, people’s desire for companionship hasn’t lessened.

In fact, Lofthouse reports the company has seen a “definite increase” in activity.

“When you remove the ability to go out to a bar or meet in person, you find that people are fundamentally very interested in talking with people other than their roommate or whoever they’re quarantined with,” Lofthouse said. “We’ve actually seen that there's been huge spikes in activity and engagement on our app, especially among young women. People are interested in meeting up virtually and taking a slower approach to romance.”

And that slower approach is one Lofthouse says OkCupid has been taking since the beginning. While many dating apps focus mainly on age or location, OkCupid’s approach aims to be much deeper than that. The platform’s algorithm matches users up according to shared interests, beliefs and personality traits, which potentially sets the stage for a deeper connection — and it does this through thousands of in-app matching questions that drive the algorithm.

People are interested in virtually meeting up and taking a slower approach to romance.”

As humans continue to stand six feet apart from one another, work from home and avoid gatherings over ten, it’s becoming more apparent that the concept of closeness isn’t necessarily dictated by physical proximity.

“The fundamentals are still the same,” Lofthouse said. “There are certain things we are doing to optimize it for a completely virtual world, but we don’t have to rethink the whole dating strategy.” 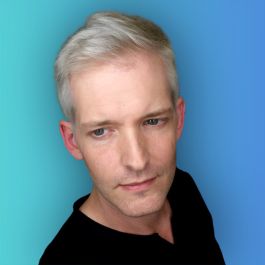 What sets OkCupid apart from other dating services? How has that affected usage during the pandemic?

The biggest thing that separates us from the other major dating sites is our matching questions that help us determine who we think you would be most compatible with. Our product has a question-and-answer system that allows people to articulate their viewpoints and what they’re looking for in other people. Much like Netflix makes a recommendation on what users may like, we’re trying to find deep compatibility between people.

Because users write more about themselves and their interests on their profiles, there’s a lot of information there to get a conversation started. That was already helpful pre-pandemic, and now people have more time to look through profiles and see if they’re a potential match.

What are some challenges you face from a product standpoint?

We have a 15-year-old product that started as a website before there was a mobile version. People would write giant essays and fill out all these questions. Our big challenge is taking all that information and skillfully constructing it into a profile that accentuates the user’s positives. In the offline world, people have a lot of flexibility and are more open to sparking connections. In online dating, people want to over-optimize and try to order up a very specific individual who may not really exist.

We spend a lot of time figuring out how to drive recommendations. We do user research to figure out what our people are looking for and how they view a recommendation and a match score. It’s fascinating to see what people say they want versus what they actually exhibit in user research.

It’s fascinating to see what people say they want versus what they actually exhibit in user research.”

How have users responded to virtual dating during the pandemic?

When you remove the ability to go out to a bar, people are still very interested in connecting — we’ve seen that there’s been a surge in product usage. We asked people via our in-app question how they planned on dating during coronavirus, and 90 percent of 50,000 respondents said they would continue to date digitally or virtually during the pandemic. Of those respondents, 47 percent preferred messaging and texting, 28 percent were doing video chats, and 15 percent relied on “old-school” phone calls.

Get Alerted for Jobs from OkCupid

Have you made any changes to the product since the stay-at-home orders?

In general, our products are all designed to be geolocated. Under normal circumstances, people probably want to date someone close to them. But we started drawing people’s attention to the fact that they could easily change their settings and not be geographically constrained. We still make recommendations based on compatibility, so there is a lot that users can use to get a conversation started. It’s fun to have new experiences and find new people to talk to, and a global match can provide just as meaningful a connection as what you might have with someone who lives down the street.

We sent a push notification to users, which had so much positive feedback during onboarding that we actually set it as the default. Anyone who updated their location to anywhere saw an immediate 5 percent increase in matches, which is a pretty big change when you think about how OkCupid has tens of million of daters on our app.

A commitment to inclusivity

“OkCupid is historically known for being very supportive of the LGBTQ+ community,” Lofthouse said. OkCupid was the first leading dating app to expand gender and orientation options and offers LGBTQ+ users the choice of adding their preferred pronouns to their dating profile. The app also has dedicated questions for LGBTQ users.

Are there upsides to dating during a pandemic?

As we talk with users, we’ve heard how efficient a quick video chat can be. Sometimes people will get so hyped up for a date, only to get there and have no chemistry. If they would have just talked to that person for five minutes, they would have seen that that maybe wasn't the best use of their time. I think realizing it’s not weird to suggest having a quick video call, to just chat for 15 minutes and then determine if it’s the relationship is worth a larger time investment. It’s kind of a time saver! I would be willing to bet that that continues into the future.

We’re about matching people and making connections, and it’s completely possible to do that virtually while sheltering in place.”

What do you think the future of dating looks like? How does OkCupid fit into that vision?

Dating at a bar is not possible while social distancing, at least in New York City. It will be interesting to see how the dating ritual changes as we’re allowed to go back out, but I just don’t see that going out to meet people is on the immediate roadmap for humanity.

The world has changed so much. It may go back to the way it was, it may not. But we’re about matching people and making connections, and it’s completely possible to do that virtually while sheltering in place. I think it’s a really meaningful business to be in. Hopefully, in the future users will be able to go out on a date or fly around the world to meet the people they’ve matched with on the platform. Until then, I think we’re very lucky to be able to provide hope for a lot of people.

Responses have been edited for length and clarity. Header image via Shutterstock.