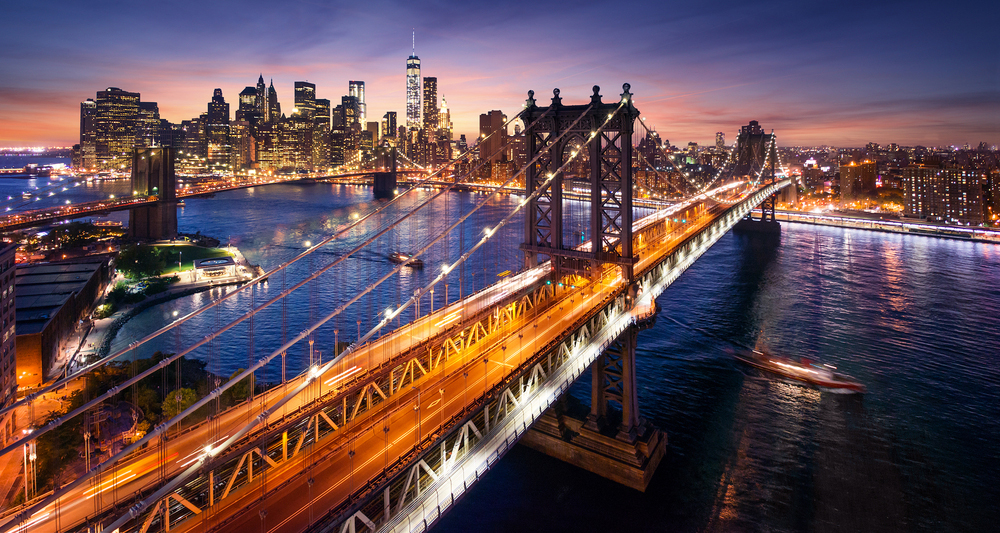 The geography of New York City’s tech scene, like that of the city itself, is constantly changing. The Flatiron District, long the center of the city’s tech industry, has been joined by neighborhoods stretching the length of Lower Manhattan. Even areas in Brooklyn, notably Dumbo, have become hot-beds for tech offices.

In fact, the tech sector is exploding in New York, with an estimated 100,000 people now working at one of the more than 6,970 tech firms in the city. That’s the highest number since the dot-com crash, and just shy of that period’s record. In fact, the industry has grown by 71 percent since a decade ago. Wages paid are up too, and totaled $11.4 billion in 2012, representing a 38 percent increase since 2009 and accounting for 3.8 percent of all wages paid in the city. The average wage in the industry was $118,600, compared to the city’s $79,500 average.

As the industry has come roaring back, tech firms have clustered into several neighborhoods. As one neighborhood becomes saturated and office prices rise, another area will pop up as the city’s next tech boom neighborhood. This phenomenon is perhaps best witnessed today in the Financial District, where offices long filled with bankers are being snapped up by t-shirt wearing techies.

To help make sense of all the growth, we profiled some of the city’s most thriving tech neighborhoods. Click on any of the neighborhoods below for an in-depth analysis. Midtown Manhattan is the beating heart of New York City. The neighborhood is the world’s largest central business district, and one of the densest pockets of humanity on Earth. Many of the city’s tallest and most iconic buildings are located here, including The Empire State Building, the Chrysler Building, and Rockefeller Center. Important cultural and political hubs like Times Square, the Broadway Theater District, and the United Nations Headquarters are also located in Midtown. The Financial District (FiDi) sits at the very southern tip of Manhattan, encompassing everything south of Chambers Street. The area is dominated by the financial industry, and is home to the New York Stock Exchange, the Federal Reserve Bank of New York, the New York Mercantile Exchange, NASDAQ, the New York Board of Trade the American Stock Exchange and, of course, Wall Street. Many of the world’s largest banks maintain offices in the area. At the center of the neighborhood sits the famously triangular-shaped Flatiron Building. Once the tallest building in the world, and one of the first skyscrapers ever built, it is now not even the tallest building on Madison Square Park. As time has changed the city's skyline, so too has it changed the Flatiron District. Today the Flatiron District is home to a large, wealthy residential population, many popular restaurants, and a good deal of the country's publishing industry. It also happens to be a main hub of the New York tech scene. Dumbo is home to more tech companies than any other neighborhood in Brooklyn. The neighborhood's early tech boom began for several reasons: cheap commercial rents relative to its proximity to the city, large open spaces conducive for the open offices preferred by startups and a talented workforce. The area has since changed dramatically from the warehouse neighborhood it was, beginning largely when creative agency Huge first moved there in 1999.

Today’s Chelsea is better known as a center of the art world. There are over 200 galleries in the neighborhood, the railroad tracks have been transformed into the much-celebrated High Line Park, and the piers along the Hudson are either gone or have turned into a large sporting complex. Tech companies are also moving into the neighborhood, and both Google and WeWork have large corporate offices there. Despite the presence of these two behemoths, Chelsea still has a far smaller tech presence than the Flatiron neighborhood that sits directly to the east. As upscale as the area is today, that hasn't always been the case, and the neighborhood has a long and varied history. Today, of course, the neighborhood is one of the city's most expensive, filled with high-end restaurants and shops, as well as a good number of chain stores. Increasingly, tech companies are moving to the area, taking advantage of the neighborhood's prime location, access to subway lines, and proximity to Midtown and the Financial District.