Many people we’ve talked to in the startup space refer to their teams as “families.”

But what happens when your family rapidly expands in size across multiple markets around the country? Much like maintaining any kind of long-distance relationship, startups can have a tough time staying grounded while they scale. Here’s how some of the larger startups in NYC have managed to keep their cultures strong. 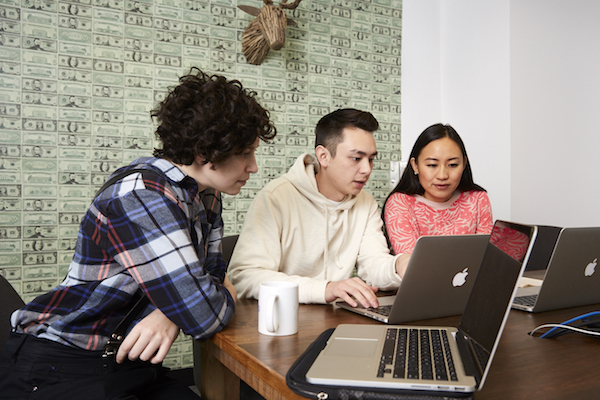 Venmo, the money transfer app that all your friends use, got its start in 2009 as a simple SMS platform. It’s a company founded by roommates and grown with friends — and then they exploded in popularity. Still, chief operating officer Michael Vaughan told us the team doesn’t want to leave that friendly feeling in the past.

Venmo has grown quickly by creating a payment experience that solves a pain point while being simple and delightful. We didn't set out to create the next big thing. Someone had a good idea and we focused on bringing that to life. Every year we host Hack Week to keep that spirit intact. During Hack Week, all of our employees fly to New York where they're encouraged to work with teammates to create something that will propel Venmo forward. It’s an opportunity for us to step away from the projects that we’re working on every day and build something that we’ve been thinking about for a while or work with people that we haven’t had an opportunity to work with previously. Employees are given a platform to pitch ideas they have for Venmo and recruit others to work on their projects. For example, emoji auto-complete, which is big part of Venmo, was born during Hack Week.

Working at a startup requires you to push your own boundaries to create better products. It’s important that we continue to learn new things and challenge ourselves while working to evolve our app for our users.

As Venmo has grown, so has our team. We now operate from multiple locations, which has been challenging at times. To keep our culture strong and to overcome the distance, we strongly encourage teammates to use video conferencing when interacting with employees in other offices. Every single conference room is outfitted with video conferencing equipment and we even have a video conferencing portal in the common area that connects our New York and San Francisco offices 24/7. 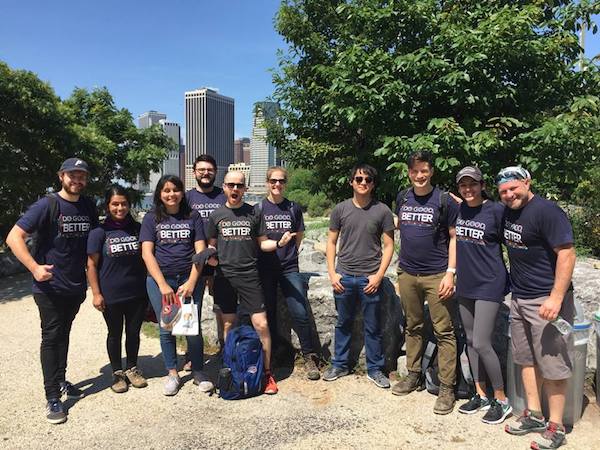 MediaMath started back in 2007 in NYC as a way for marketers to engage in real-time media buying. Since then, the team has expanded to 16 offices across North America, Latin America, Europe and the Asia-Pacific region. SVP and global head of professional services Jenna Griffith joined the team in 2008 as employee number eight. The team is now 750 employees and growing. She told us what the team does to keep everyone feeling the way they did 742 employees ago.

The ability to not only share new ideas, but also put them into practice and try them out within a short period of time was a major reason why I joined MediaMath almost 10 years ago, and I want to provide others with that same ability to innovate. My team has found success in keeping this culture alive through frequent and informal all-hands meetings, both in and out of the office, as well as consistent transparency to the team on what’s working and what needs improvement. Further, fostering global mobility across roles and regions keeps a high level of excitement and knowledge sharing embedded in the day-to-day. In short, the right people combined with a high level of communication, transparency and mobility has been key to continual innovation and a fun and open culture.

One of the key outputs of a startup is constant innovation, which I have always known as a good thing for company health. Without fostering the culture described above, innovation can quickly be snuffed out by process, often leading to people feeling out of touch with the company and its goals.

There are always challenges when you are running a large, global team. People in remote offices can feel cut off from what is happening at headquarters. You can’t help geography, but you can do things to bridge the gap. Ensure regular visits by and to teams in other offices; keep multiple channels of communication open across email, phone, HipChat and other telecommunication and collaboration tools; schedule meetings at times where most global teams can join; regularly solicit input from these teams so they know their voices are heard from afar; and ensure you are developing and recognizing talent no matter which office they are in. 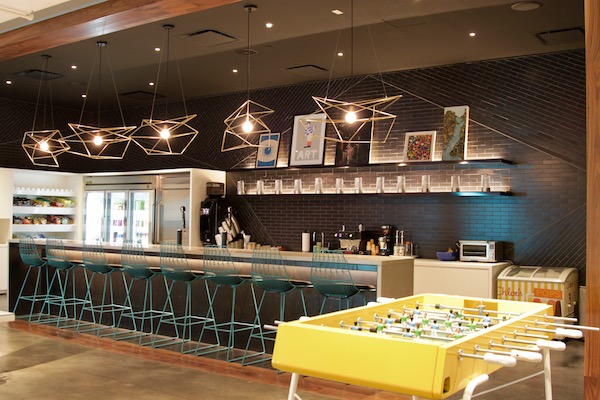 When Tumblr started in 2007, Wordpress and Blogger were some of the most popular blogging platforms out there. But Tumblr’s emphasis on images over words has served it well over the years. In 10 years, the startup has provided the world with 364.1 million blogs in 18 languages. It was acquired by Yahoo in 2013, and still retains its startup culture. Head of office experience and events Megan Leet, who joined eight years ago, tells us how that’s possible.

As Tumblr quickly grew over the years, we continued to focus on a mix of recruiting, employee engagement and office experiences to retain our startup culture. We look for smart, creative, humble and passionate people who embody the Tumblr spirit when recruiting talent, and the company facilitates activities to build camaraderie across teams, including hack days and gaming and movie nights. Our office is integral to our culture and reflects both our employees and our vibrant Tumblr community, featuring wall art from users, open floor plans, lounge areas and communal kitchens on every floor to encourage collaboration. It also serves as a gathering space, regularly hosting tech meetups and community events.

Part of Tumblr’s mission is to encourage inclusivity, creativity and human connection, and since the beginning, we’ve made an effort to instill these principles in our company culture as well. We want our employees to feel like they can be themselves at work, have a voice, share ideas and make a real difference. We also want to ensure that employees have the access and resources necessary to work on things that matter to them, the company and the Tumblr community.

Naturally as companies grow, more employees are bound to come in with differing points of view, backgrounds and interests. What makes Tumblr really special is that we embrace diverse perspectives and encourage individuality, largely mirroring the Tumblr community. While we’ve grown into a mature company, staying true to who we are and what we believe in has helped us maintain our culture. 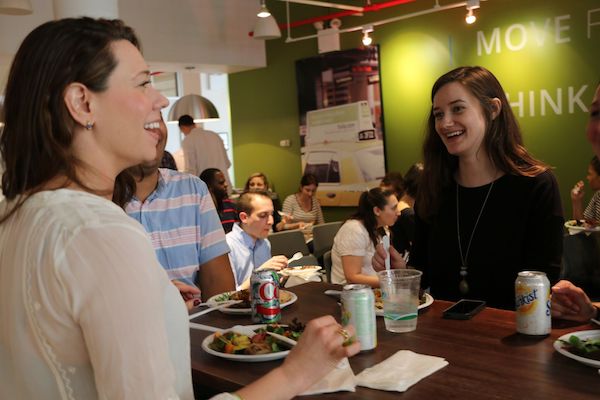 Renters in NYC have likely used StreetEasy at some point during their move. Started in 2006, the startup has switched locations a number of times throughout the city and was acquired by Zillow in 2013. The company now operates in the Flatiron District in a building that’s essentially taken over by StreetEasy and other Zillow Group teams. Here’s how general manager Susan Daimler works to maintain culture despite the massive takeover.

We maintain a collaborative, open and non-hierarchical work environment. Too much red tape can stifle creativity and innovation, and we want just the opposite: an environment where all ideas are welcome and cross-team collaboration is celebrated. We also work hard to promote an environment that encourages work-life balance over burnout. Having co-founded and sold two companies, the punishing startup environment is something I understand all too well. Zillow Group’s founding team came from the same atmosphere, and wanted to foster a different environment for our growing team while still retaining that startup energy and passion. This comes in the form of a comprehensive benefits package (like 100 percent fully covered healthcare plans available for all team members, and generous, fully paid parental leave packages), perks customized to each office location as well as flexible work hours for life’s appointments and personal priorities.

Startups are nimble and agile. They breed people who are motivated, collaborative, invested in their work and in the success of the company, and aren’t afraid to fail fast. Maintaining that type of energy and speed is a core part of what drives our culture and our success. It also reminds us to never get comfortable because there’s always a new innovation around the corner, and it’s critical to maintain that sense of urgency — whether we’re a company that’s five, 10 or 50 years old.

Internal communication is always a challenge and one that only gets harder as a company grows. As our office and our team quickly expands, we have to be that much more deliberate and diligent in fostering an environment of open communication and collaboration. One initiative that’s worked well in maintaining these open lines of communication is our all-hands huddles. Every three weeks, we gather in the StreetEasy office’s common space to talk through the latest company updates, hear from different team members on their core projects and priorities and, most importantly, always leave time for an open Q&A so everyone has a chance to ask questions, share ideas and offer feedback.