Thanks, but no thanks: Why these 3 successful companies chose to bootstrap

Bootstrapping a company is no easy feat, especially when it's up against the deep pockets of a venture-backed competitor.

But when successful, bootstrapping a startup leads to more control over your company and a scrappier culture at large. While few of New York’s tech companies have successfully bootstrapped, we managed to round up a few founders that did it right, and ask them what they learned along the way. 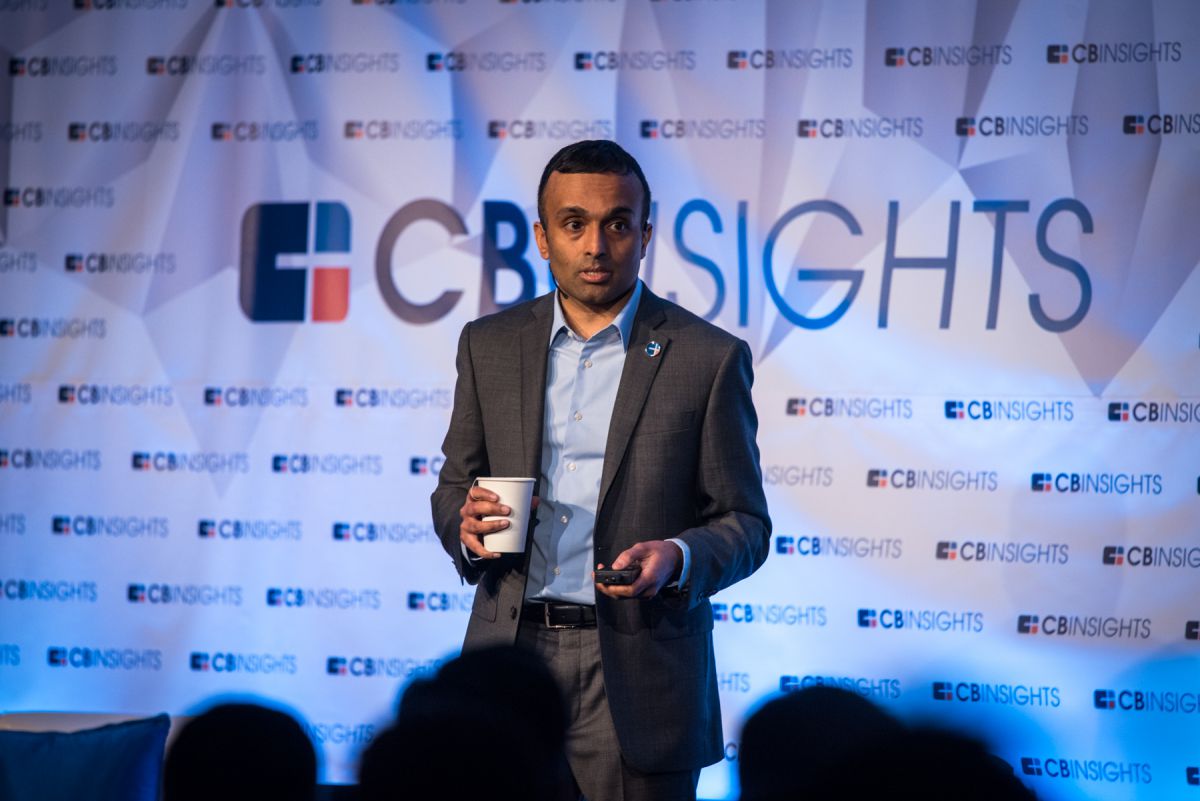 CB Insights is a 7-year-old intelligence platform that analyzes millions of data points from across the web on venture capital, patents, companies, partnerships and news mentions to identify trends within the tech sector. Today, the company’s findings are frequently credited in media outlets, and over a million people subscribe to its newsletter. We caught up with CEO Anand Sanwal to learn why he decided to bootstrap and how that has fueled CB Insights’ success.

Why did you decide to bootstrap CB Insights?

Simply because revenue funding is the best type of startup financing. It's the cheapest form of financing, it means customers like what you're making, and it also means you are not reliant on some VC sugar daddy for your existence. It's definitely not as sexy as raising round after round of venture capital and reducing your ownership of the company you are building, but controlling our destiny and having clarity of purpose in terms of who we have to serve, i.e., our customers and our team, has been very important to the DNA of CB Insights.

The biggest benefit of bootstrapping (or, as we like to call it, being revenue-funded) is that it forces you to listen to the customer, because if you're not solving a pain for them, it's over. And so by listening to customers, we learned of bigger opportunities for what we were doing beyond the markets we might have initially envisioned.

Beyond keeping us laser-focused on customer needs and building a product to meet those needs, it has had profound impacts on our culture and the type of people we hire. Even after we raised a growth equity round of financing, the team continues to be relentlessly resourceful, which is a remnant of us being bootstrapped and knowing that we should always live within our means and that customers are our biggest investors.

There is no right way to build a company, whether that is raising money or being revenue-funded, so I wouldn't say that you must bootstrap. In certain industries/verticals, in fact, bootstrapping is not an option. But it's important to only raise money because it's what your business needs.

You don't raise because you think a VC is going to make you successful or because that's what you think startups are supposed to do. You don't raise because a competitor raised and because investors are saying they now "have a war chest."  We've had countless competitors emerge with more funding and "smart" VC backers, and they've all failed. Money only buys you time. It doesn't buy the ability to execute.

Bootstrapping, especially in the early days, can be harrowing as you're not sure if you are going to make payroll at times. That's obviously not super fun. But again, this forces you to focus on selling and building something people want to buy. It's better to figure that out quickly, and bootstrapping forces this. 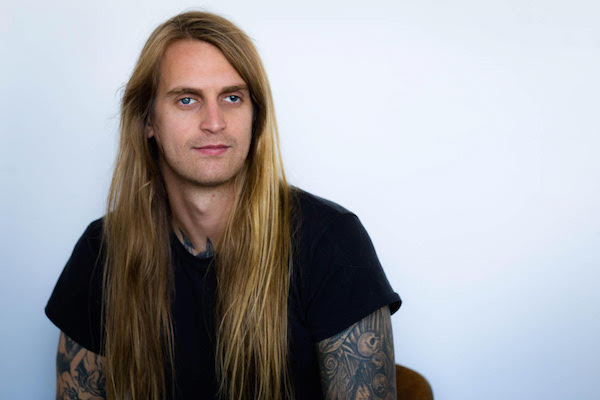 Nooklyn is a tech-powered platform that’s reimagining how millennials rent homes. The company’s CEO and founder, Harley Courts, originally founded Nooklyn as a blog focused on keeping apartment listings up to data; he bootstrapped the company into a socially integrated platform that allows users to easily track listings and find roommates.

Why did you decide to bootstrap Nooklyn?

I did not have the time or personal network to raise capital and, honestly, I knew nothing about venture capital at the time. Nooklyn started as a transparent blog for renters, so my first instinct was to create enough revenue to rent a small office, find tech talent and create revenue. New York startups think about the business model from the start, unlike startups out west. Instead of thinking about how to "burn" someone else’s money, we focused on creating recurring revenue. As a result, Nooklyn has been profitable since day one. Now that we’ve proved the business model, we’re focused on scaling into multiple markets and building technology to solve real consumer problems.

I’ve learned how to watch spending and how profits can give us flexibility on how we handle our decisions and time.

Bootstrapping has put a lot of pressure on me to make Nooklyn a success. I like that it’s all on us. We’ve been able to fund new ideas and make fast decisions that most companies would take months if not years to make. Today it’s an idea and tomorrow we’re executing it.

Bootstrapping is underrated. It’s harder at times, especially when it comes to networking, but it forces you to make fast critical decisions. When it’s your money on the line you’re hiring for talent, not just high growth, so ultimately better talent can potentially leave you with a superior product. The one downfall is it can become more complicated to raise venture capital with revenue than without.

Getting comfortable. If you’re earning a profit and it’s only on you, it can be easy to get a little comfortable and take fewer risks. I got comfortable for a few months, and I think this is the most dangerous part of bootstrapping. I overcame this by investing into growth and finding new ways to stay motivated. When it’s your money, sometimes you get a scarcity mindset which can be good and bad. Maybe I'm being hard on myself, but in any case, financing all my ideas and ambitions continues to be motivating and a struggle. 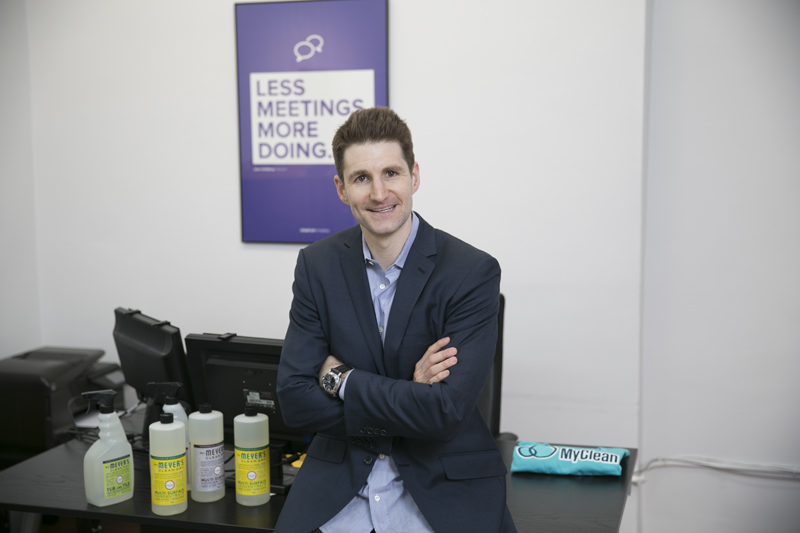 MyClean is an on-demand cleaning company with a track record of fast growth, cleaning more than 375,000 homes and offices in New York and Chicago since 2009. The company decided to bootstrap early on and now generates $9 million annually. We caught up with MyClean CEO Michael Scharf to find out how he did it.

Why did you decide to bootstrap MyClean?

Bootstrapping is essential to the measured growth approach that we take to our business. Cleaning is unlike most on-demand services because it is not a commodity; it's a service. We aren't just selling a one-time good, or taking you from point A to B; most of our customers have a recurring service and a recurring cleaner that they turn to, week to week or month to month. So that means we need high-quality cleaners, in terms of reliability, integrity and effort. Process-wise, that translates to a deliberate screening, training and curating process that we don't rush.

By contrast, had we gone the VC route, the focus would have been on top-line growth with customer retention coming in second, and we believe that just doesn't work in a quality-sensitive industry.

One lesson is not to chase shooting stars. Since our founding, we have seen larger, well-funded, rapid-growth competitors come and go.

I have to admit that, at first, seeing competitors' ads on the subway was frustrating — it's hard when your competitor's marketing budget is equal to what our revenue was back then. However, we just tried to focus on not just getting customers (with ads and teaser rates) but investing in our workforce, which is ultimately what gets your customers to stay.

Bootstrapping has given us the independence to focus on our self-defined priorities. For us, that's improving the retention rate of each customer we win. In the last two years, the lifetime value of our customers has doubled. This, combined with improved organic acquisition from the relaunch of our website, has resulted in record highs in 2017.

Stay true to your vision. MyClean was founded to provide convenient, trustworthy, quality cleaners to busy people. It wasn't always easy to avoid getting side-tracked, especially when we saw competitors branching out into parallel industries and chasing revenue without regard for retention, but we chose to focus on our original vision, and that has served us well.

The biggest challenge is the consequences of forgoing funding. Product/market fit matters far more — you do not have the luxury to pivot your business multiple times. For MyClean, even though we had initial traction with the "Uber for X" model, we quickly learned the intricacies of our space and decided to pivot our model to employ our cleaners, ensuring cleaning quality, improving consistency and reducing employee turnover.

Get Alerted for Jobs from MyClean